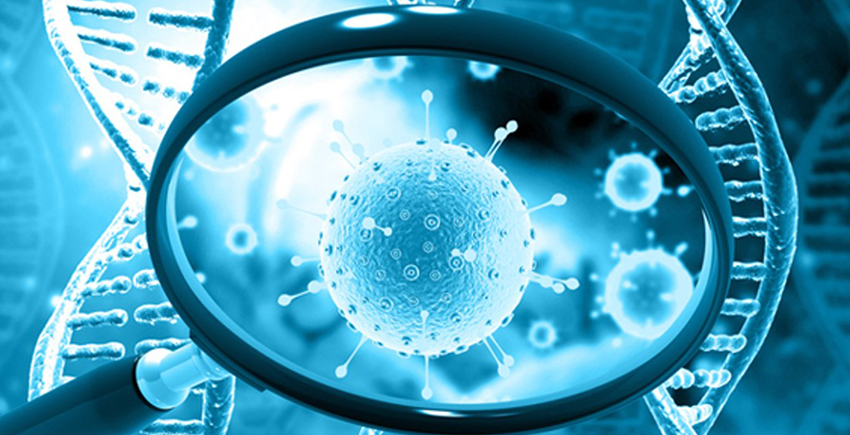 There are 182 new Delta cases today. There have been 1,244 new cases over the last week. This is a 4.5% decrease on the previous week (+7.7%) and the first decline since the week ending 27 September when there were 106 new cases. This reflects rising vaccinations dampening the number of new daily cases, which is positive, however, rather than reversing the upwards trend, we are probably seeing Delta plateau as it infects people along a line between the vaccinated, unvaccinated, and vulnerable. The most likely scenario is that numbers will continue at this level until either extremely high rates of vaccination, such as 90%+ of population rather than eligible population, are achieved across the entire population leading to a decline in cases numbers, or Delta finds opportunity in the shift to the Traffic Light System and Auckland border opening and numbers grow, possibly exponentially.

There are 89 or 48.9% of all new Māori cases today. This is the 3rd day in a row Māori numbers have been under 100. While this is positive, it is also the 57th consecutive day Māori are the highest cases. 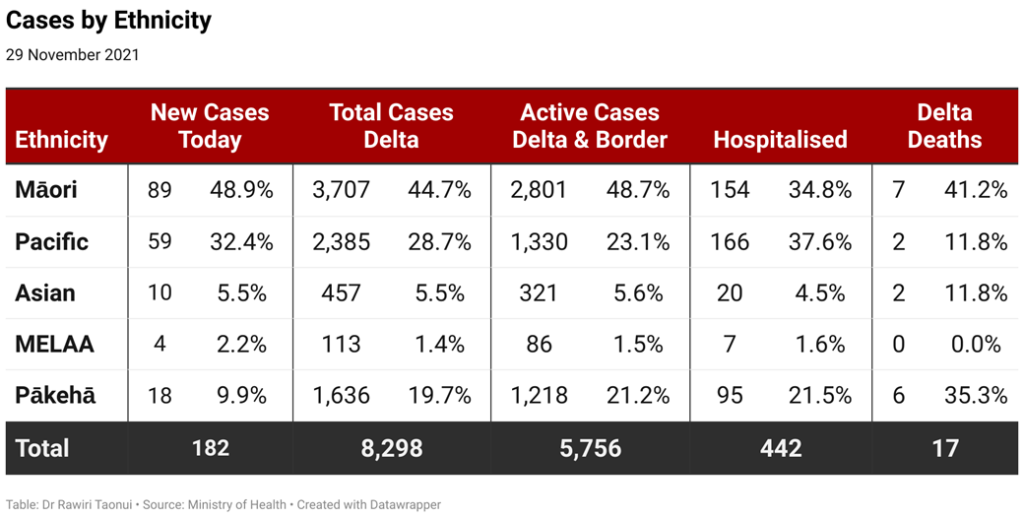 During the outbreak, 154 Māori have been hospitalised; 27 of these in the last six days. On 16 October, Māori were the second-highest hospitalisations with 41 cases, some 64 behind Pacific peoples on 105. That gap has narrowed to just 12 hospitalised cases.

Māori Risk of Infection and Hospitalisation by Vaccination Status

There have been 7 Māori deaths. Subtracting active cases from total cases provides the number of resolved cases that have either recovered or passed away. Dividing this number by deaths tells us that 1 in 129 resolved Māori cases has resulted in a fatality. This is 12% higher than the national average of 1 death in 154 resolved cases. Applying the fraction for Māori to the current number of active cases indicates a risk of up to 20 deaths from among current active cases.

There has been a review of the deaths of two Māori men in home isolation. The review notes several failings in managing home isolation and working with Māori. The response has been weak, for example, the Ministry of Health talks about an ‘Interim Model of Home Isolation’ and ‘trialling’ a model of Māori providers providing support to those isolating at home. Clearly whatever home isolation plan the Ministry had been inadequate. What we need is a Māori-led properly resourced By-Māori For-Māori Home Isolation Strategy and Action Plan. 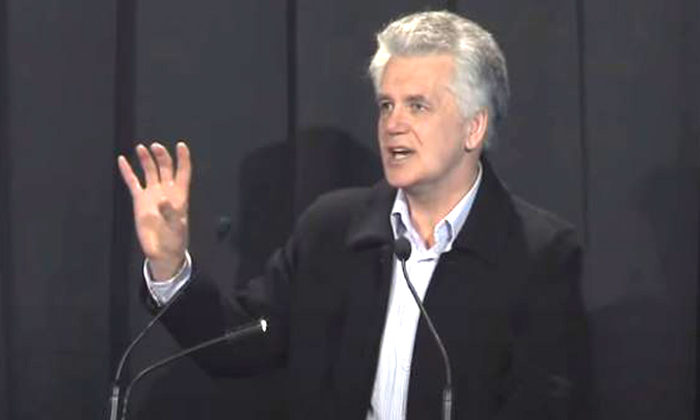 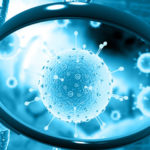