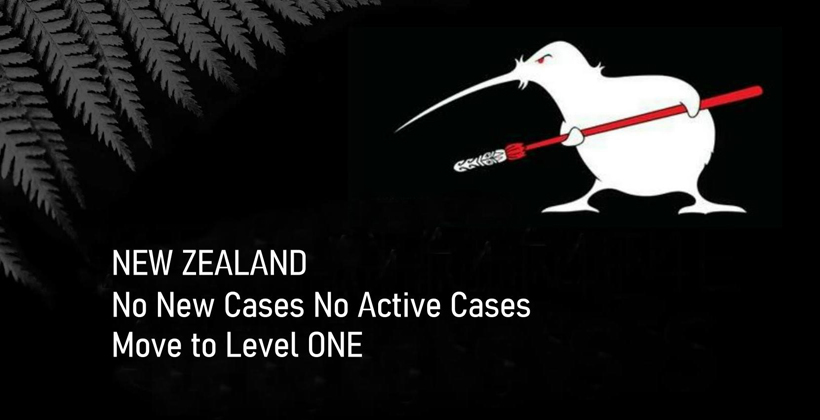 The Prime Minister Jacinda Ardern and Director-General of Health Dr Ashley Bloomfield have announced we will move to Level 1 tonight Monday 8 June at midnight. This means all restrictions on business, social gatherings and sports are lifted. Border controls will remain in place.

The government has decided that on balance, opening the economy now and reducing further economic damage carries more weight than staying at a higher level of alert. Behind this, the government will be confident that if there is a further outbreak then they have the testing, contact tracing and medical treatment capacity in place to mitigate and control that risk.

The decision has been taken based on some very good numbers. It is 18 days since we last reported a new case. There are ZERO Active Cases in New Zealand. All 1504 probable and confirmed cases are resolved: 1482 have recovered, 22 died. We have tested 40,000 people over the last 17 days. None has tested positive. The last case determined to be part of community transmission was 40 days ago. That person recovered 22 days ago.

The government has made the right call as they see it. However, there are still risks. 28 days is a key indicator of being free of Covid-19. This is important because it covers two 14-day cycles of asymptomatic transmission. We have had 17 consecutive ZERO new case days in a row and 26 ZERO new case days since 4 May. This is still short of 28 days of ZERO new cases.

Overseas examples show how crucial this measure can be:

It has been 40 days since the last new case of community transmission occurred. That case recovered 22 days ago.

If we take this to the level of DHBs ,we can see that many of our DHBs, especially in the regions, are well past 28 days since they reported any new cases. Auckland (Waitemata, Auckland and Counties Manukau DHBs) and Canterbury are still less than 28 days since they reported new cases. If there is a risk of undetected cases it is in these regions.

Infected Cases – Days a DHD has been Virus Free?

More important is the number of days a DHB has been virus-free. This is the key measure of how many days it has been since there was an infected case in a region capable of infecting others.

On this measure, there are 12 DHBs that were managing Active Infections within the past 28 days. Some are not so serious. Capital, Northland and South Canterbury for instance are only a day or two away from meeting the 28 days. However, Waitematā, Auckland, Countries-Manukau, Waikato, Hawkes Bay, Nelson-Marlborough and Canterbury were manging cases within the last 13 days.

WHAT DOES THIS MEAN FOR MĀORI AND PACIFIC COMMUNITIES?

The Ministry of Health has announced the closure of many Community Based Assessment Centres (CBACs). Testing will return to General Practitioners and mainstream Medical Centres. They performed poorly for Māori and Pacific during earlier testing. Many cannot afford their fees. Our rate of testing is slowing down compared to other countries. DHBs should retain a mobile testing capacity. Random testing should continue.

The decline in testing is a kick in the guts for our regions. In the scenario that there is an infection from an urban centre into one of these communities, the risk that some time passes before discovery is a real concern. This will be an ongoing concern.

The large urban DHBS of Waitematā, Auckland, Counties-Manukau, Waikato, and Canterbury are the most likely location of a second wave. The risk is low. Nevertheless, this is a risk to our large Māori and Pacific communities in places like South Auckland. There is a further secondary risk in transmission via inter-regional travel. New Zealand might have considered opening inter-regional travel later.

The Covid-19 app is a flop. About 500,000 have signed up. Few businesses have done so. It is useful as a choice but overall is not working. The app is clunky and confusing, does not work on older phones and not helpful for those families with one phone and poor signal strength in remote areas.

The World Health Organisation (WHO) has just changed its position on masks saying that masks are useful in places where social distancing is difficult such as in shops and on public transport. As of early May, 88% of the world's population lives in countries that recommend or mandate the use of masks in public; more than 75 countries have mandated the use of masks in public spaces.

As New Zealand reopens further under Level 1, it is useful to have our people who fit these categories wear masks when out in public. Members of their whānau or aiga should also adopt this practice.

Overseas, some Indigenous communities in countries or states that are opening up lockdowns are moving at their own pace to ensure their communities are protected. Measures will vary but it could include different seating measures for elders at church or on the marae. Mask wearing should be considered. There is also the option of rostering elders so that not all are exposed at once. Each community will have its own view. That is what counts. 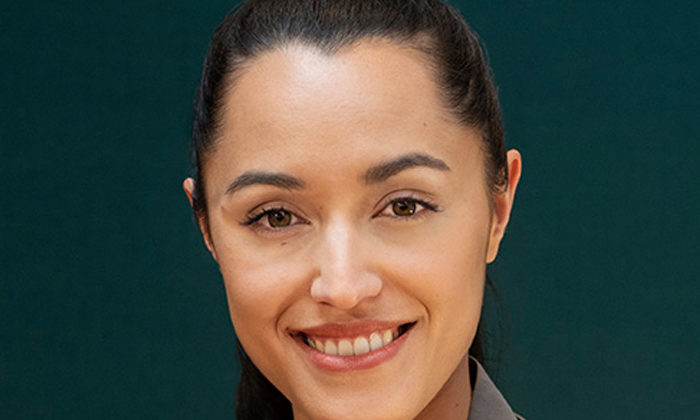 Tapsell focuses on political step up 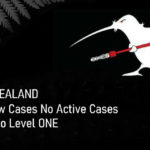