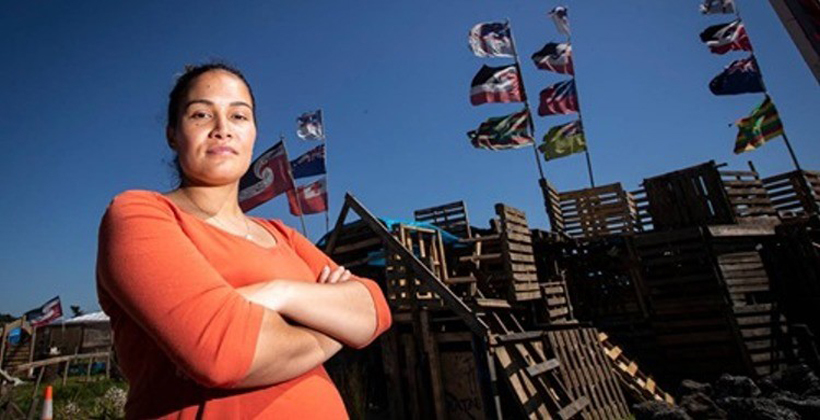 When Te Ahiwaru-Ngāti Māhuta made their stand behind flimsy palisades of pallets and nylon at Ihumātao few predicted they would win against conglomerate Fletcher Building. Despite ridicule by Fletchers, right-wing commentators and journalists, MPs from Act, National, New Zealand First and occasionally from their relations in Te Kawerau ā Maki, their five-year showdown took a major forward when the Labour government signed an agreement with the Kīngitanga and Fletcher Building.

Led by a new generation of young Māori leaders with wāhine Pania Newton and Qiane Matata-Sipu at the fore, Te Ahiwaru won because they stood in the spirit of 160 years of ancestors subjugated but never broken. Sustained by elders and whānau from Makaurau Marae, super-confident millennial-GenZ peers unimpressed with old racism in new disguise, and a super-diverse tautoko from across the multi-cultural spectrum of Aotearoa not seen since 80 Pākehā stood with Ngāti Whātua at Bastion Point, they would not be denied.

When 10,000 people gathered in two days as Police eviction threatened, older Pākehā and Māori politicians baulked. Prime Minister Jacinda Ardern saw the writing on the wall and halted the project. Had the Police proceeded, the eviction would have been the largest since armed Pākehā drove thousands of Māori off hundreds of thousands of hectares of ancestral land across the North Island in the 1860s.

Fletcher Building
Fletchers receive the $20 million they paid for the land in 2014 and $10 million covering development costs. They do not receive the $40 million current market value, nor should they.

The project was always fraught. There was never a convincing mechanism for ensuring housing supposedly reserved for Māori would remain so over the long term. The return of a barren ‘buffer zone’ under title to mana whenua was the empty equivalent of returning a stolen car minus the engine.

Building a mass housing project under racist legislation negating prior consultation with Māori on a historically and archaeologically important early settlement site confiscated with loss of life, theft, and destruction of property in 1863 was a foolhardy venture privileged by money.

To perpetrate that upon a mana whenua group with one of the worst histories of intergenerational marginalisation in an urban area in Aotearoa, and the longest unaddressed Treaty of Waitangi claim in Auckland was folly seated in racist assumptions and ignorance.

Proposed by Fletcher Residential in November 2013 without prior consultation, and approved and gazetted by the Auckland City Council and National government in June/July 2014, Te Ahiwaru did not fully learn what was proposed until early 2015.

When Fletchers finally did consult, they did so with the wrong group and used that charade to obfuscate the mana whenua situation at Ihumātao before the Council, the government, the Environment Court, and a legion of white journalists. When Te Ahiwaru objected, Fletchers, aided by inept politicians who failed to check the South Auckland mana whenua and Treaty of Waitangi claims situation in South Auckland, vilified the Te Ahiwaru’s young leadership as Clarkist haters and wreckers.

Te Ahiwaru, variously titled Te Ahiwaru-Ngāti Māhuta, Ngāti Te Ahiwaru and Te Ahiwaru-Waiohua, are the principal group. While all groups descend from the earliest ancestors in Auckland, Te Ahiwaru has the longest continuous occupation at Ihumātao dating from the 1830s. In 1858, 30 chiefs across Auckland dedicated the land to them and their descendants in perpetuity.

Te Ahiwaru are closely related to Te Ākitai centred at Pūkaki near Auckland Airport and Ngāti Te Ata centred on the Te Āwhitu Peninsular, the three groups linked through Te Waiohua who dominated the isthmus during the 1600s and 1700s.

Te Kawerau ā Maki have an interest because some of their ancestors moved to Ihumātao during the 1900s after losing their lands in West Auckland.

The Auckland Council representative has observer only status. That is appropriate. The Council has been useless, ignoring the advice of its officials to consult with Te Ahiwaru, and fronting nothing toward the settlement despite the city benefitting by billions of dollars from the 1860s war on South Auckland Māori.

Housing
Te Rōpū Whakahaere will make recommendations to the government. Until then, the land will remain with the Crown. No land has been returned to mana whenua. Deputy Prime Minister Grant Robertson has stipulated that the recommendations include housing because that is how the buyout was funded. This will be contentious.

A National government introduced the Housing Accords and Special Housing Areas Act (HASHAA) in late 2013 to establish Special Housing Areas (SHA) ostensibly to speed up the development of affordable housing. HASHAA was racist because it overrode required prior consultation with Māori under the Resource Management Act (1991).

Written in haste and poorly drafted, HASHAA was also a monumental failure. Auckland SHAs had a target of 39,000 houses. Three years later, only 3,157 houses had been built, just 580 were classed as affordable and only 98 of those were available to the wider public. In early 2019, Auckland and Wellington city councillors said that the National government had bullied them into the legislation, SHA house prices were higher than in many non-SHA projects, and HASHAA had undermined local codes and derailed participation by the community. Wellington City Council canned nine projects. Labour halted HASHAA in September 2019.

To cancel the Fletcher project then force Te Ahiwaru to build an equivalent will perpetuate the HASHAA racism. Te Ahiwaru already has housing programmes. They have also signalled a preference to hold and preserve the land on behalf of all New Zealanders. This is consistent with Heritage New Zealand extending the borders of the Ōtuataua Stonefields to include Ihumātao as Category One heritage land. The key to a resolution will be to balance mana whenua housing, flexibility on location and the status of the land as Heritage Category One.

Treaty of Waitangi
Grant Robertson also insists that the Ihumātao deal is not Treaty claims related. To be frank, Labour is trying to avoid criticism that Ihumātao will undermine full and final Treaty settlements. That concern is unfounded.

Auckland has had three stages of National government-initiated Treaty settlements, the Ōrākei settlement with Ngāti Whātua over Takaparawhā (Bastion Point) (1991), the Tāmaki Makaurau Collective Deed of Settlement (2012) covering the shared interests of 13 Auckland iwi, and individual settlements on each group's specific interests.

Despite that progress, there has been no full and final settlement for losses at Ihumātao. In an unfathomable oversight, the then National government failed both to include Te Ahiwaru in the collective settlement and advance Te Ahiwaru’s individual claim lodged in 2008 (Wai 2401).

Had those claims been actioned then a settlement would already have been concluded or sufficiently advanced to avert the current impasse. Ihumātao is a Treaty matter, not because a full and final settlement has been completed, but because the Treaty process never started. Te Rōpū Whakahaere is the appropriate forum to discuss a recommencement.

Resolving Ihumātao will clear 157 years of tears for Te Ahiwaru. Doing so will be a win for Aotearoa. New generation leaders will not have it any other way. 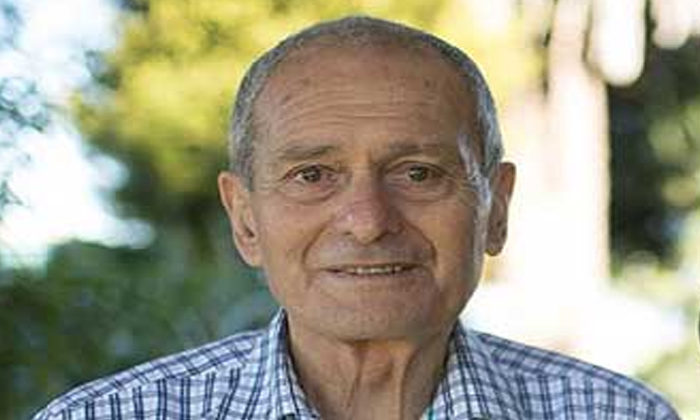 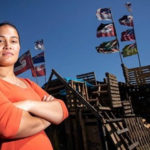