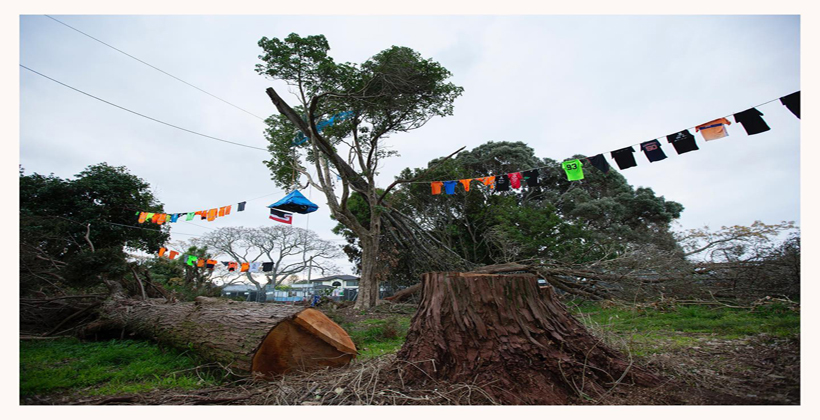 Protesters are at Canal Rd in Avondale trying to stop the destruction of a rare block of native trees.

The trees are being removed so the land can be sold to developers, but community members and environmentalists say Auckland Council should step in and buy the land for a reserve.

Arborist and champion tree climber Zane Wedding from Ngāti Kuri and Ngāti Pikiao, says one of Auckland’s largest rewarewa is already down, but there are still a large number of rare species remaining.

"A lot of them are planted in the 1920s and then there are other trees – the tree I'm hanging from at the moment, it has to predate the planting. It's a huge pūriri and there is a huge pōhutukawa out on the road that predates the planting so a lot of these trees are large, mature species, a very diverse range in a small area and that in itself is so very rare in an urban environment," Mr Wedding says.

Zane Wedding says since the previous National Government removed blanket tree protection laws in 2012, one in three trees has been removed. 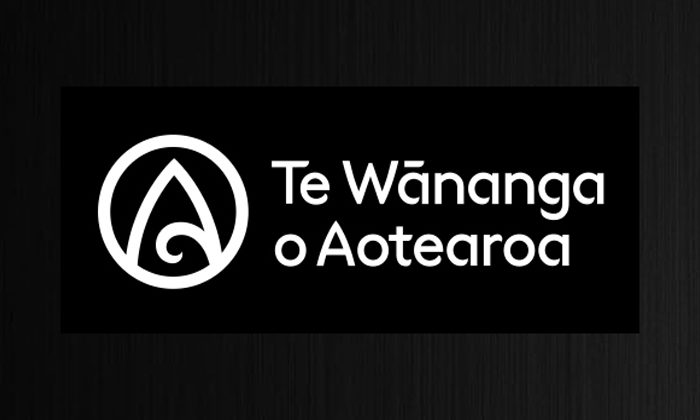 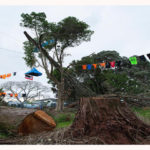