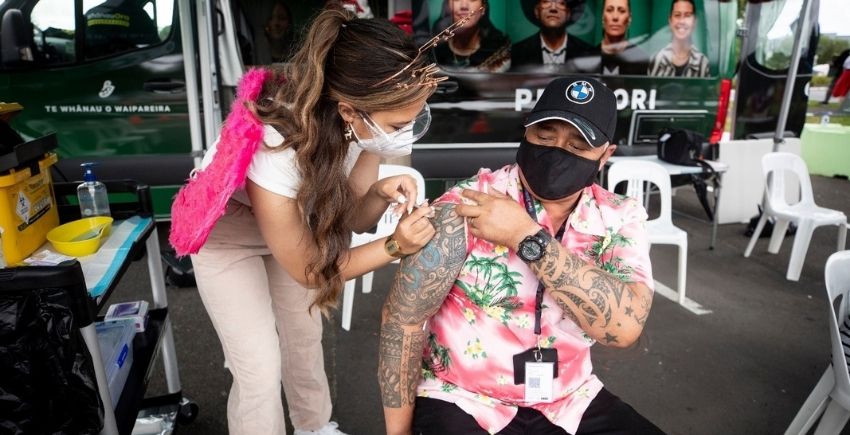 Cases in the Omicron OutBreak first began surging in Auckland Metro (Waitematā, Auckland and Manukau), the Waikato, Bay of Plenty and Lakes DHBs (District Health Boards) on 1 February through a nexus of transport links between Auckland, Hamilton, Tauranga, and Rotorua.

Case numbers grew exponentially after the introduction of Rapid Antigen Tests (RATs) on 24 February. Metro Auckland reached its peak on 3 March with 13,237 new cases. The Waikato (2,146 cases), Bay of Plenty (1,691) and the Lakes (660) peaked simultaneously on 8 March. Post-peak spikes and troughs continue to trend downward.

Cases in other DHBs began surging 12 days after Auckland. All 20 DHBs in the country registered new cases for the first time on 13 February.

The trajectory of Omicron cases in the provincial North Island continued the 12-day Auckland-centred pattern with all DHBs peaking between 15 to 17 March.

The two exceptions to the pattern, the Hutt Valley DHB (1,103) peaked earlier on 10 March and Northland (765), possibly because of its proximity and highway to Auckland, peaked on 11 March. The pattern of spikes and troughs continues a slow downward trajectory.

The pattern of steadily declining peaks and troughs in the South is slower than in the North Island.

While Canterbury appeared to peak on 19 March, cases have been running at a steady 2,140 per day for 14 days which risks a further surge. Cases have been declining in the Southern DHB but with new cases at more than 1,050 per day for most of the last week, there are also risks around the Dunedin area.

Omicron has significantly impacted the Pākehā community. Pākehā have had the highest number of new cases of all ethnicities for the last 27 days in a row. Covid-19 has shown that our Pākehā community travel more than other communities something Omicron has exploited to its advantage. While numbers are trending off-peak, they remain high and more risk-volatile relative to other groups.

Cases were the highest or second-highest in the Asian community during three weeks between 25 January and 14 February, in part because of their high percentage Auckland population. Our highest vaccinated ethnicity, the Asian community has successfully pushed back. Numbers are steadily declining.

Coming off the back of a massive holiday period Māori response which saw new Māori cases during the tail of the Delta OutBreak fall to a low of just three cases on 1 February, Māoridom’s overall lower vaccination rates allowed Omicron cases to build through February. Māori have had the second-highest daily cases for the last 16 days. Numbers are trending down but remain higher than for the Pacific and Asian communities.

The Long Tail of Omicron

The largest proportional decline in cases has come in the Pacific Peoples, Asian and Māori communities. Continuing higher rates among the Pākehā community, and in Christchurch and Dunedin are a concern. Coupled with an approximate 75% slower decline in overall daily cases, when compared to the original increase, Omicron will have a long tail lasting between one and three months.

Over the last week, countries in Western and Eastern Europe, and in Asia where Omicron peaked in January/February, are seeing new surges of Omicron, including Britain, Australia, Russia, China and Hong Kong.

There are risks of surges. One is from the Omicron BA.2 sub-variant. BA.2 is more transmissible than the BA.1 sub-variant that has driven cases over the last month. Earlier in the worldwide Omicron OutBreak, some countries saw large secondary BA.2 surges. More recent surges have been smaller and slower, the research suggesting that recovery from BA.1 confers additional immunity against BA.2.

The waning of 3rd booster shots may also become a factor in the Omicron tail. Current research shows that the 3rd booster gives significantly greater protection against severe disease and hospitalisation than a single or double dose of the Pfizer vaccine and for a longer three-to-six-month period. Beyond that lies unfamiliar territory. Of additional concern, efforts to manufacture an Omicron specific vaccination have also stalled.

There are also risks of another variant emerging. Health authorities are monitoring what they term Deltacron variants, a collection of variants with Delta and Omicron traits.

The World Health Organisation is monitoring a recombinant of Delta and Omicron BA.1xAY.4. First identified in France, the variant has been circulating across Europe since early January 2022. The European Centre for Disease Prevention and Control is monitoring another circulating recombinant, V1.2.133 (AY.4.2.2/- BA.1), first detected in Britain on 7 January.

Whether any of these or other variants emerge as threats remains moot. They do not appear to be growing exponentially. Nevertheless, Covid-19 has taught us that new variants will drive new outbreaks if there is inequality in vaccinations between rich and poor countries and between the affluent and poor in Western countries.

The less vaccinated Māori and Pacific communities always working from the back foot have made tremendous efforts getting whānau tested in mid-2020, pushing vaccinations despite a poorly designed rollout and pushing back against Delta and Omicron. We must be concerned about how many times our communities can repeat that effort and what happens if the walls come down.

Like much of the rest of the world, New Zealand is making decisions to live with Covid-19. Opening the schools in February was a mistake that allowed Omicron to spread via school children to families across the country.

Opening the borders without sufficient controls guarantees Covid-19 has ready access to vulnerable communities. If the government announces tomorrow that it will do away with all the protective measures comprising vaccine passes, mandates, scanning and masks, we will see a huge and costly outbreak. 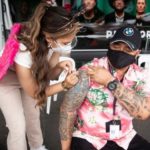