Māori Party MP Te Ururoa Flavell is backing an attack by his leader on Māori in the Labour Party.

Pita Sharples used a Waitangi Day ministerial address on the State of the Māori Nation to berate Labour for contesting the Māori seats, saying its candidates were subject to Pakeha leadership, to a Pakeha caucus, and to a Pakeha kaupapa.

Mr Flavell says the debate over the foreshore and seabed legislation, which led to Tariana Turia quitting Labour and forming the Māori Party, shows how powerless Māori are within mainstream parties.

“As Tariana says, when there were 12, 13 or 14 of them in the Labour Party and it came to crucial votes, 14 ain’t gonna beat 30. Just as much as 3 or 4 against 57 of the National, you ain’t gonna beat them either. So you gotta come to compromises, gotta work together and sometimes you have to give away certain things to at least or try and get some gains”. Te Ururoa Flavell says.

Labour MP Shane Jones says it was rich of Dr Sharples to claim a Labour victory in the Māori seats was tantamount to their abolition, as the Māori Party was in government with a party whose policy is still the abolition of the seats. 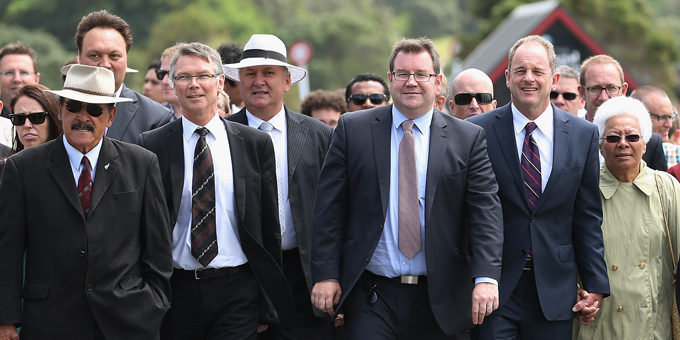