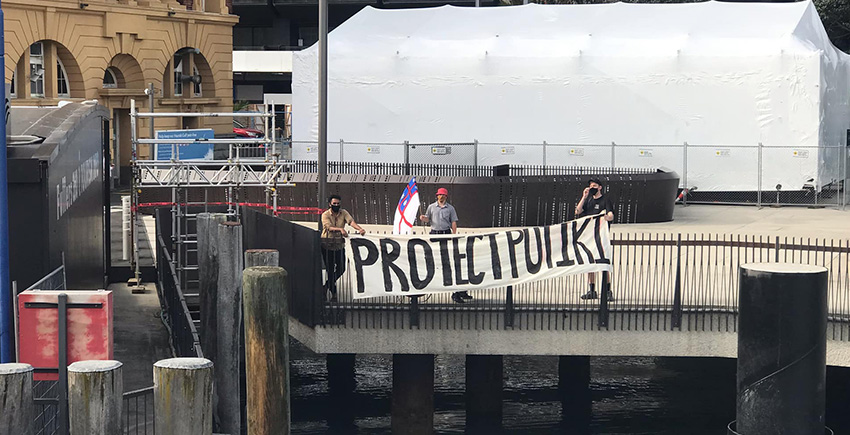 Opponents of a 180 birth marina being built at Waiheke Island’s Putiki Bay are hoping the Auckland High Court will tomorrow lift injunctions stopping members of the Protect Putiki group from taking direct action against the development.

In August last year, the developer Kennedy Point Marina went behind the iwi led group’s back and got the court to issue injunctions against 32 Protect Putiki members barring them from going near the construction site.

Barrister Kingi Snelgar, who is one of a team of lawyers applying for the injunctions to be lifted says the issuing of the injunctions did not follow due process, did not give adequate weight to tikanga Māori principles and was not in keeping with the Treaty of Waitangi.

He says the issues being put before the court strike at the very heart of individual and Māori rights and will be closely watched by iwi and civil rights champions throughout the country.

Supporters of Protect Putiki are holding a hikoi from the Cloud on the Downtown Waterfront to the High Court starting at 10 am.

Organiser Zane Wedding says it will be an opportunity for Aucklanders to show their support for Waiheke Islanders.