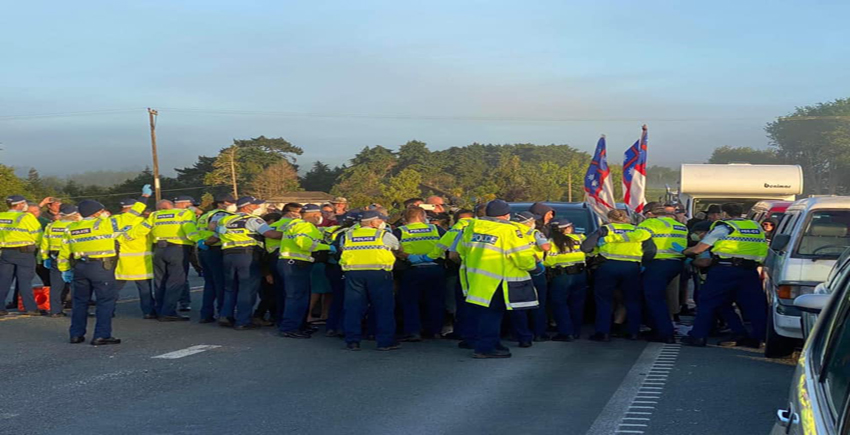 The iwi helps police with the checkpoint about 5 kilometres north of Wellsford on State Highway One.

Antony Thompson says about 6am a group attempting to go from Northland into Auckland to join a lockdown protest was stopped by police about 800 metres north of the checkpoint.

Police towed away three cars after group members parked them in the centre of the road and walked away with the keys.

Mr Thompson says there were no clear leaders and a lot of confusion.

“There was some whānau there from Te Whakaputanga. There was some whānau from SHOT, that’s the Sovereign Hikoi of Truth. There were some anti-vax protesters there and anti-establishment. It was a combination of different protest groups that culminated together to head to Auckland. There were Māori in the group but it is hard to say it is a Māori protest group,” he says.

There was also increased security at parliament this morning where Freedoms and Rights Coalition protesters marched to demand an end to lockdowns and vaccine mandates. 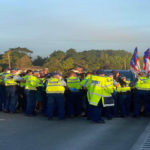