Te Arawa is mourning the loss of a kaumatua who enriched the cultural life of the iwi over many decades.

Minarapa Mikaere Mitai-Ngātai passed away at his home in Western Heights, Rotorua surrounded by family. He was 84.

Born and raised in Matatā in a musical family, he formed a band with his brothers to play the Tamatekapua dances.

In later years he played his saxophone at the Kuirau markets and many tangihana around Aotearoa, saying it was his way of contributing to the families and the marae instead of being on the paepae.

He was also a noted carver, both around Rotorua and helping to finish Hongoeka Marae near Porirua.

The tangi for Minarapa Mita-Ngatai is at Taheke Marae with the funeral service on Sunday at 11am. 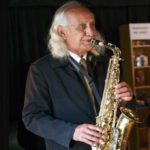