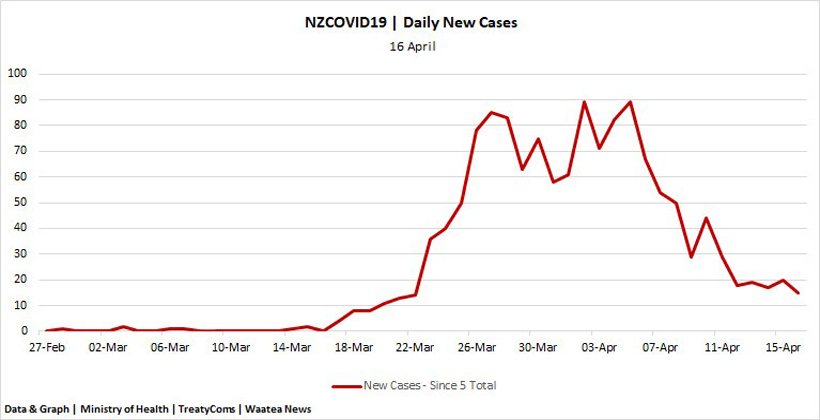 770 people have recovered. Active Cases (the total of all cases less recovered) fall further from 930 eight days ago to 631 today.

The crossover line is a key index signalling control of the virus. The wider this becomes the quicker we can go back to something approximating normalcy.

Total testing is over 14,000tpm (tests per million of population). We need to keep heading higher. Again, testing was lower during the Easter break. Figures from testing over the next week will confirm whether we have truly flattened the curve.

The following graph compares countries by testing and cases per million of population, with the clear lesson that high testing as soon as possible is key means of halting Covid-19.

The next graph compares the progression of total testing with other countries our size. We are rapidly moving ahead of others very fast but can climb further.

There are 5 new Māori case and 118 in total. We increase to 8.5%. The increase may be due to a re-focus in testing on Māori, primarily because of concern that to date, we were being under-tested. We need more of our community tested to detect any reservoirs of Covid-19 and to protect against a larger-scale community outbreak. Kia kaha.

There is 1 new Pacific case and a total of 63. Pacific remains at 4.5% of all cases. This is stable. Again, testing over the next period will have a focus on Pacific communities so we need to encourage anyone in the Pacific community with respiratory symptoms (dry cough, fever, loss of taste and smell, chest pain, wheezing) to get tested.

This graphic presents the number of cases by ethnicity against the ethnic demographics from the 2018 Census, which counts multiple identities, and the Ministry of Health population model that counts a single identity. The two figures establish a Range of Risk. A percentage figure of positive cases approaching the lowest figure in the Range of Risk should be regarded as an emerging high risk, anything above that is more serious.

Testing for Māori and Pacific Peoples

My article on the testing of Māori and Pacific communities will be published shortly on Waatea News. The analysis of testing confirms Māori and Pacific have been under-tested by demographic, average tests per 10000 of population, and, both during the early phase when testing focussed on travellers and for the first week after new criteria were announced including to focus on Māori and Pacific communities. It also suggests that we are seeing a Pākehā Epidemic. The government is getting a very clear message on testing. An improvement is expected.

The government will decide next week about whether we stay at Level 4 or move to Level 3 or even Level 2. The signs are positive. With overall cases levelling, recovered cases now outnumbering active cases and testing ramped up, a move to a controlled period of Level 3 is likely. A key is increasing the gap between recovered and active cases as wide as possible. 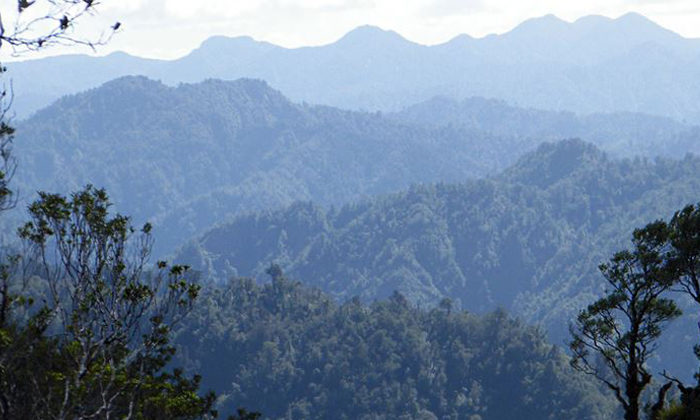 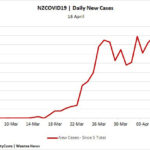