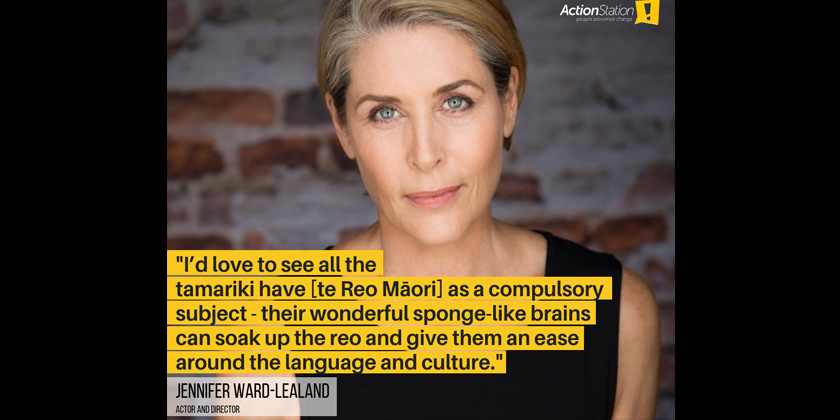 Well over 20,000 Pākehā can now hold a basic conversation in te reo.

Motivations for learning te reo are well intended. Many want to address past wrongs, be inclusive and better understand Māori culture. More appreciate that te reo is unique to the New Zealand identity; they want their children to walk in two worlds. Using te reo, incorporating tikanga in the day-to-day life of institutions, attending pōwhiri, visiting marae and opening meetings with mihi are fast becoming accepted acts of citizenship.

Others have work to do. In a tick box exercise demonstrating a cultural acumen they do not possess, public organisations are increasingly adopting Māori names as their primary designation and translating mission statements and values frameworks into a te reo their staff cannot remember, understand or pronounce. Some wield double-standards; New Zealand universities name themselves ‘wānanga’ but object if Wānanga name themselves universities.

Many organisations announce pōwhiri without first contacting kaikōrero and kaikaranga on the assumption that Māori are a dutiful ever-ready dial-a-pōwhiri who arrive via some kind of cultural osmosis as if they did not have jobs, children and other life commitments. At board tables around the country, Pākehā see themselves as the decision-makers and Māori as the kaikarakia for morning tea muffins.

Sky TV Sport commentary teams regularly butcher the pronunciation of Māori (and Pasifika) players names; Super XV rugby is particularly inept. Last year a receptionist declined an offer of assistance insisting that none was needed because ‘our commentators don’t speak ‘Mooree’, they say the names the ‘proper way’.

Several te reo speaking Pākehā are role models of dignity and respect, 2019 New Zealander of the Year Jennifer Ward-Leyland, journalist Guyon Espiner and Minister of Justice Andrew Little and his landmark mihi at Waitangi this year.

Others approach mihi with an individualism focussed on attention-seeking personal achievement that overrides the respect and humility that lies at the heart of the language.

Too many use the triplicate ‘tēnā koutou’ to open meetings although rightly this is an ending flourish or separator between sections in a mihi. Some attempt flowery phrases beyond their capability when Māori are far more appreciative of a simple well-delivered mihi. One high ranking government-funded official regularly recites a sophisticated tauparapara (chant) from paper then no mihi beyond ‘tēnā koutou’ whereas competent Māori speakers might spend decades earning the right to use such a recitation.

Few put enough effort into preparation. There is an emphasis on ‘giving it a go’ rather than getting it right. Te reo teachers promote ‘give it a go’ as a means of motivating people to speak which is great. But not for a pōwhiri or mihi in formal events where it amounts to delivering the incomprehensible to the holders of the language you think you are speaking.

Many speak from paper. Some are offended when told paper is frowned upon. Paper is okay for informal occasions but not for pōwhiri or formal events. Formal mihi is an oral and aural art form. Paper lacks authenticity.

Give it a go without practice often creates poor pronunciation. Paul Moon says the way Māori is written may not reflect proper past pronunciation and that mispronunciation of te reo is mostly accent. That is patently wrong. Samuel Lee, William Williams and Robert Maunsell, who worked with multiple native speakers to codify te reo into the English alphabet, were capable linguists and rendered the sounds accurately. And, accent is no more a barrier to clear communication than attending an overseas conference where presenters from all over the world deliver in comprehensible English in an array of accents few of which constitute mispronunciation.

The main impediment to good pronunciation is your cultural or historical baggage about the people whose language you are attempting. Shed the baggage, be yourself, understand that the English vowels represent different sounds in different languages, re-write difficult words phonetically, such as ‘Toe-paw for Taupō’, and practice, practice, practice.

Self-entitled Pākehā expect Māori to accommodate their interpretation of Māori culture. Common accommodations are the mihi from paper and speaking English during rather than after pōwhiri.

This was no clearer than during the welcome for Pākehā political leaders at Waitangi this year. The Leader of the Greens, James Shaw, gave what he thought was a short mihi from paper then spoke English. Opposition National Party Leader, Simon Bridges spoke awkwardly and briefly in te reo, to his credit without paper, then ranted in English. The Prime Minister, who spoke from the mahau (porch) to accommodate her gender, gave a short unconvincing mihi then a speech in English, both from paper. Most of the support also sang from paper.

With 30 years having passed since te reo became an official language we can expect our leaders to deliver more than an epigrammatic mihi read from paper with mediocre pronunciation.

Another accommodation is the Pākehā demand that white women sit on the front bench alongside Māori speakers and in front of Māori women. Non-compliance’ invites regular indignation and condemnation because tears and vilification are weapons of white privilege in cross-cultural spaces.

In 2005, National MP Judith Collins objected to being asked to sit behind men at a pōwhiri for the opening of a new building at the state-funded school in Papakura. The following year, Collins and two National colleagues, Anne Tolley and Paula Bennett walked out of a pōwhiri at a Child, Youth and Family Services for the same reason. In 2013, Labour MP Annette King and her colleague Maryan Street were asked to move from the front bench during a pōwhiri for a Youth Parliament.

Street commented that ‘Parliament was a place of equals, and Māori kawa did not reflect that’. Other Pākehā have reflected this view most notably in a 2005 New Zealand Herald survey where respondents variously said that Māori gender protocols were ‘archaic, discriminatory, sexist, degrading and an infringement of personal freedom’.

One more extreme submission went as far to say that Māori male ‘wife beaters, child beaters and molesters’ used tikanga ‘to elevate themselves to a position of importance with little consideration to their women’. While there have been instances of men on the paepae being thus challenged, the claim that all male speakers who ever lived are abusers reflects nothing more than a deep-seated monocultural racism.

In the case of the Papakura pōwhiri, Collins said she could accept tikanga Māori on marae but was not happy to see it ‘impinge on non-marae settings’, a sentiment again echoed in the Herald survey, meaning that a Pākehā version of tikanga should prevail in public or government spaces.

The chief executive of the Manukau Urban Maori Authority at that time, June Jackson said that ‘Māori had been forced to assimilate into European culture’ and reciprocally ‘Pākehā should respect our protocol’. This was entirely reasonable because the school in question was at the time 72% Māori.

Had the school changed the kawa, then marae would become the equivalent of an ‘Indian reservation’ and in an example of cultural colonial imperialism, any off-reservation Māori would be subject to European permission and instruction over tikanga.

In the case of the Youth Parliament pōwhiri, former Māori Party co-leader Dame Tariana Turia said the aim was to ‘integrate the traditions and histories of our dual cultural heritage in Parliament by recognising and respecting the culture and customs of tangata whenua and Pākehā traditions without compromising the integrity of either’.

Manurewa MP Louisa Wall supported this saying, ‘This is not an exercise in melding cultures and philosophies. It is not a matter for compromise. It is for Māori and Māori alone to determine the appropriateness and nature of tikanga and kawa’.

Green MP Catherine Delahunty added significant insight saying that as a feminist she understood ‘the appeal of sitting in the front row from a Pākehā definition of power sharing’, but that assumption had a ‘bias that failed to recognise how Māori honour women in pōwhiri on their terms’.

Exposing the cultural double standard, Delahunty added, that rather than ‘modernising’ the pōwhiri, Parliament should consider modernising some of its arcane Westminster traditions, such as the use of the mace, which symbolised a heritage of a violent medieval authority.

The New Zealand Herald survey provided further poignant advice. Several said Pākehā who get upset over Māori protocols do so because of cultural insecurity and an absence of respect for Māori. That is key. Those who oppose or want to change tikanga Māori do so because they see Māori as outsiders.

Engaging with pōwhiri and using te reo as an exercise in cultural mindfulness does not include the right to change other people’s customs for your comfort. If you do not like Māori customs, then exercise your privilege and stay at home. 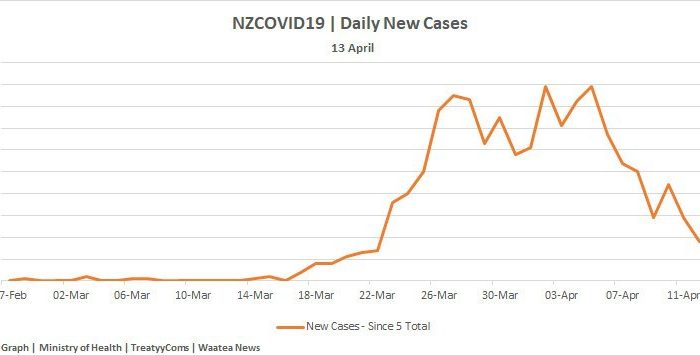 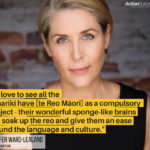