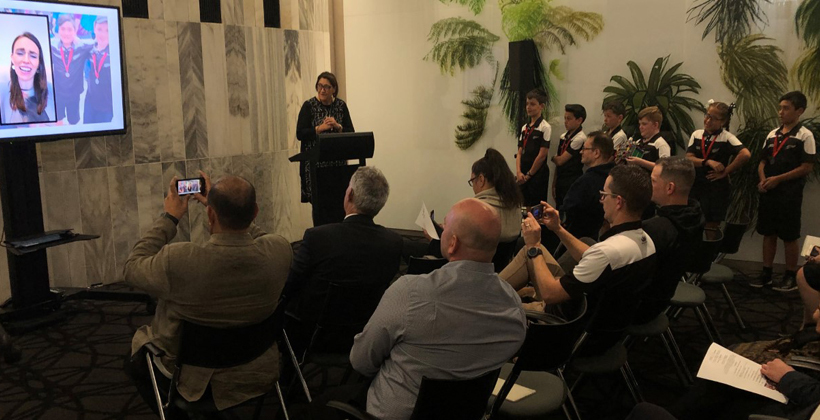 Photo of Prime Minister Jacinda Ardern’s video message from New York, being played to the Black Bots at the Parliamentary acknowledgement of their success.

‘Six extraordinarily creative students from the Hawke’s Bay have had their international success in robotics celebrated in Parliament.

Arranged by Ikaroa-Rāwhiti MP Meka Whaitiri, the event included a congratulatory video from Prime Minister Jacinda Ardern, filmed during her visit to the United Nations.

“The New Zealand Black Bots are bright young minds from Lucknow and Mayfair Schools, all from different backgrounds, who worked in partnership to successfully smash it at the Lego League international science and robotics competition,” says Meka Whaitiri.

“Their hard work, supportive whānau and teachers, as well as their success in walking away with a second-place trophy, earned this recognition.”

With the crew’s prize-winning robotic device on show, industry stakeholders, and educational and political representatives marvelled at the ingenuity on display.

“I credit their teachers and principals for coming up with this innovative way to embrace technology and coding, in order to keep our next generation engaged in education,” says Whaitiri.

“Jimmy August, Pereka Te Whakaahu, Korey Anderson, Arie Te Whiu, Norma-Jean Richards, and James Maxwell represent the kind of minds our regions need to future-proof our economy, and maximise the opportunities made by the increased investment from Minister Woods into research and development in this country.

“It is now a challenge to all of us, to grow the career paths that will retain technological thinkers like the Black Bots, in our country, before it is too late.

“From space exploration to helping continue this Government’s actions in tackling the long-term challenges of climate change, impossible is truly nothing for these young New Zealanders from the mighty Hawke’s Bay,” said Whaitiri. 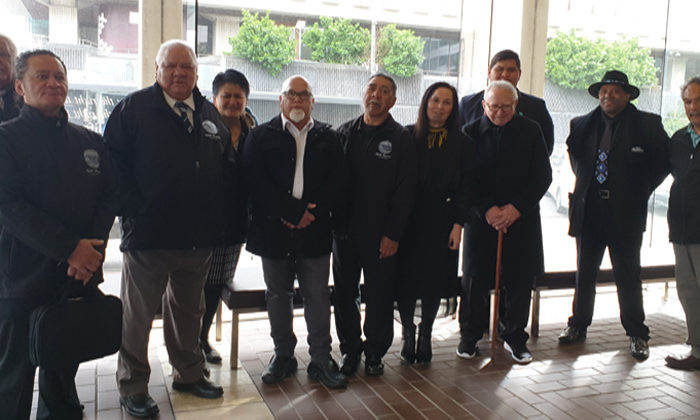 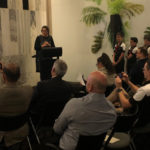