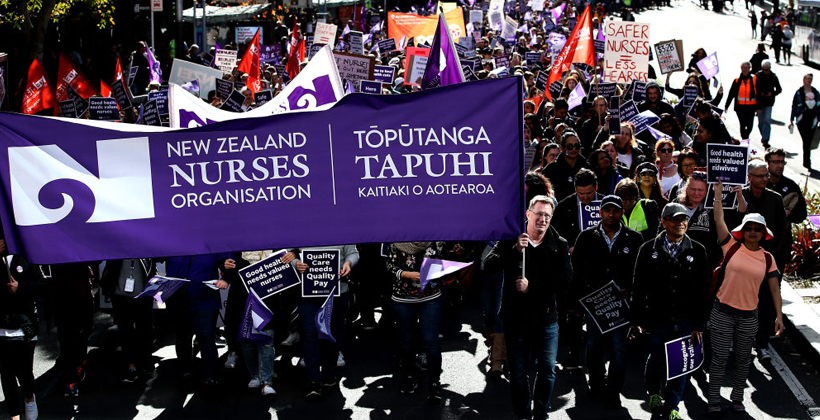 AUCKLAND, NEW ZEALAND - JULY 12: Nurses and Workers Union Members march up Queen Street on July 12, 2018 in Auckland, New Zealand. Thousands of nurses voted to walk off the job for the first time in 30 years, after rejecting the latest pay offer from the

When a conversation about health, welfare, education, justice or housing occurs in New Zealand, people's eyes can glaze over – and for good reason.

The question is always like eating an elephant. Where do you start, how do you start and why do you start. This requires an open and most importantly informed discussion on making things better.

There are three major areas of health, and for the benefit of this conversation the first area we will delve into is public health.

This is an investment in changing attitudes to healthier living. For instance, eating and drinking the right things, not smoking, being positive about exercise and so on.

In effect it is about prevention and stopping our strong drive to continue to fund ambulances at the bottom of the cliff, rather than building fences at the top.

Then there's primary healthcare. In New Zealand, by and large, this is heavily controlled and influenced by the family doctor.

However, the untold and unlauded heroes are not general practitioners (GPs).

There are many thousands of allied health staff – from nurses to midwives to pharmacists to physiotherapists to psychologists and others that prop up primary healthcare.

Of course, GPs, like the family doctor are trusted and important. But in the new era, I suspect they will morph into quality assurance health personnel.

The problem we have is that the present funding model in rewarding GPs is skewed in favour of doctors with a chokehold over primary care.

But change is coming to this area, quite rapidly and for several reasons. Our society can no longer fund a chokehold that is predetermined and works solely on one union called the New Zealand Resident Doctors' Association. The area of health must be widened in this modern era.

We must urgently acknowledge and provide increases in salary to the allied health staff who carry the majority of weight in primary health care – that is our nurse-led primary healthcare.

From the get go, whether it is holding the administration of primary healthcare, whether it is in meeting and greeting patients, whether it is triaging and identifying exactly what issues people are presenting with or whether it is giving good sound advice to new GPs straight out of medical school, nurses carry the load.

But this staffing pool is under-rated, under-respected and underpaid.

We must honour them by allowing nurses a far wider scope in healthcare, particularly in terms of writing "green prescriptions", where gym instructions are provided, all the way to writing a range of medicinal prescriptions.

In addition, nurses must be respected enough to be allowed to conduct, in their own name and signature, a number of phone, email or text interventions with patients they have built up a long and strong rapport with.

Some will argue that this capability is already available. For the few not the many.

Pharmacists are also underused. We use approximately 30 per cent capacity of pharmacists and must honour and respect them more with the right to provide over- or off-the-counter scripting at their pharmacies.

All of this is now underwritten and supported by the rapid and massive rollout of digital products. Within five years, there will be an extension to the Fitbit that allows blood pressure, heartbeat, and sweat gland information to be relayed to your remote health database.

Your Fitbit will vibrate, a text message will appear and advise you to go to your pharmacist because your present medication will either be increased or decreased.

The magic of this is that your health system will now be in constant surveillance and any issues that you have will be highlighted immediately. Accordingly, there will be no major traffic jams or road blocks at GPs.

There will not be requirements for the way in which we have a medical delivery mechanism that was built for a world that existed 200 years ago, but is no longer fit for purpose in a new world order.

The cost of producing one doctor after an 11-year apprenticeship – seven years of that for study – plus internship and residency can be as high as $400,000. That doctor would have built up a debt of at least $90,000 in student loans and could be snapped up by any other country while on vacation.

This is not an opinion piece attacking the good and hard work that GPs do. It is merely saying that the present system of primary health care needs a radical overhaul and that the present system of remuneration – and therefore rationing of service – is just plain wrong. The answer is in honouring a range of allied health professionals and lifting their mandate to deliver a range of care which does not have to be signed off by a GP.

Health is a large deductive algorithm that artificial intelligence won't always be able to take over. But a significant percentage of health decisions will be by way of referral of an in-time, on-time data warehouse that integrates your personal data from a device such as your Fitbit.

So given the rise of technological advances and the ability of allied health professionals, let's have an honest conversation about delivering primary health care. Secondary healthcare – or health care by hospitalisation or the like, requires an entirely new article.

But if we fund prevention more – remember the last administration reprioritised or dragged millions of dollars out of the health system – and we extend the rights of highly qualified trades in health to do more along with technological changes, we can free up investment to be applied elsewhere. 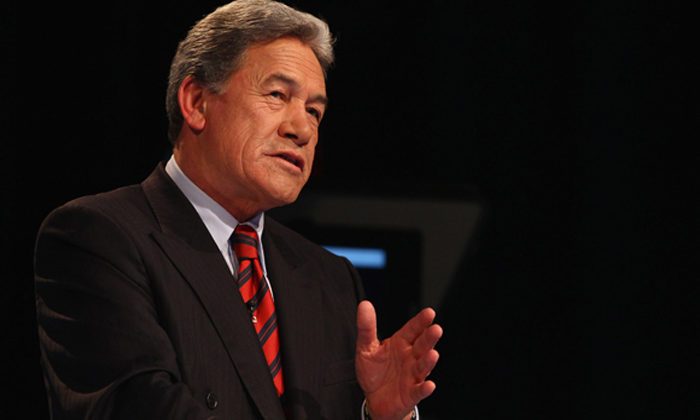