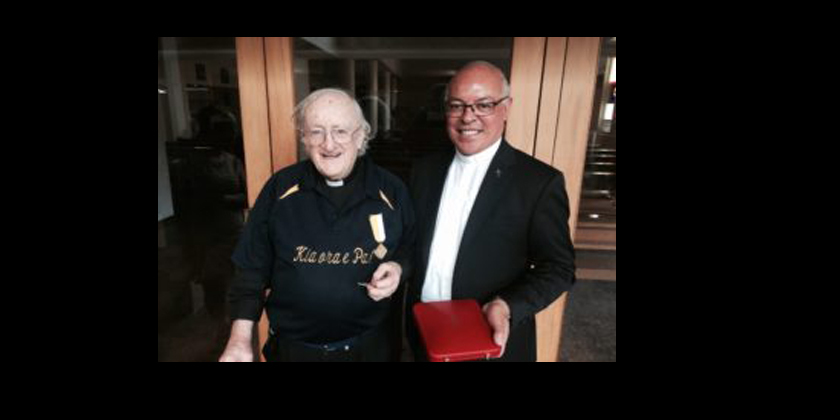 Mill Hill priest Michael Ryan has been honoured by Pope Francis for his work in the Māori mission.

The Pro Ecclesia et Pontifice medal was presented to the 90-year-old at a mass at Te Unga Waka marae in Auckland last month by Pā Peter Tipene, the dean of St Patrick’s Cathedral.

Pā Mikaere, as he is known, grew up in England and arrived in New Zealand in 1954.

Pā Tipene said he was a gift not just to Catholic Māori but to the Māori world, throughout New Zealand and the world.

The award was recognition of his many years of service of Katorika Māori, especially his help with Māori translation work, of which he has been a pivotal part.

At the Mass Pā Mikaere said he had terrific luck in his life.

He said the work of Mill Hill, or Saint Joseph's Society for Foreign Missions, involved going to a country, learning the language of the people, and being very practical.

"If you have got to do it, then do it," he said, noting the many churches built in this country by Mill Hill priests.

He says a 50 pound donation from Pā Tipene’s grandmother had gone towards a tape recorder he used to play recordings in te reo Māori while driving a car, helping him learn the language. 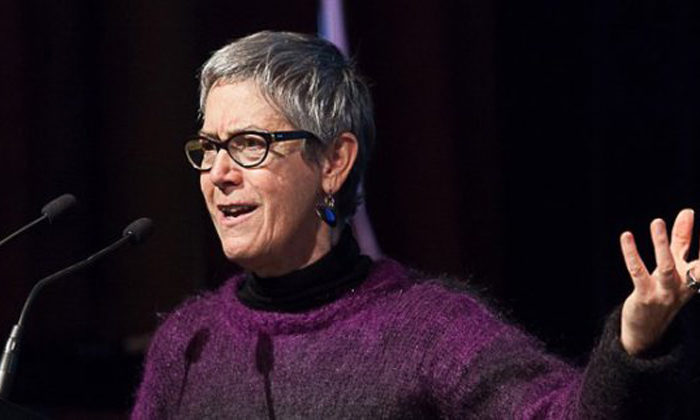 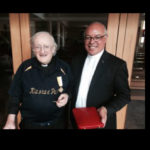