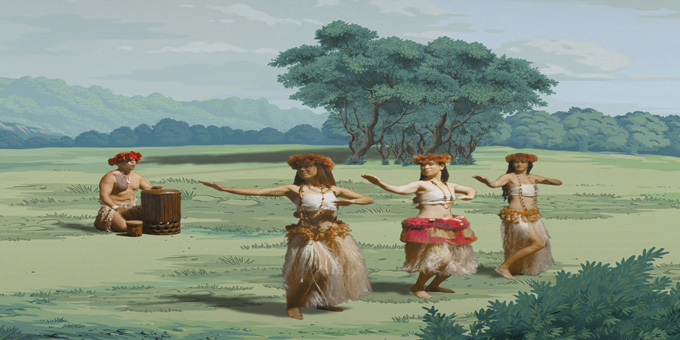 Cinemania opened at the Campbelltown Arts Centre last Friday as part of Sydney's Festival and runs until March 21.

The centerpiece is the multi-projector work In Pursuit of Venus [Infected], a reimaging of first contact narratives based on a French luxury wallpaper pattern from 1805, Les Sauvages de la Mer Pacifique.

The work, which featured at last year’s Venice Biennale and was previously shown at the Auckland Art Gallery Te Toi o Tamaki, has been updated to include Campbelltown’s Dharawal first people.

The survey includes other photographic, sculptural and video work from Reihana’s career, which often include reinterpretations of Maori mythological figures. 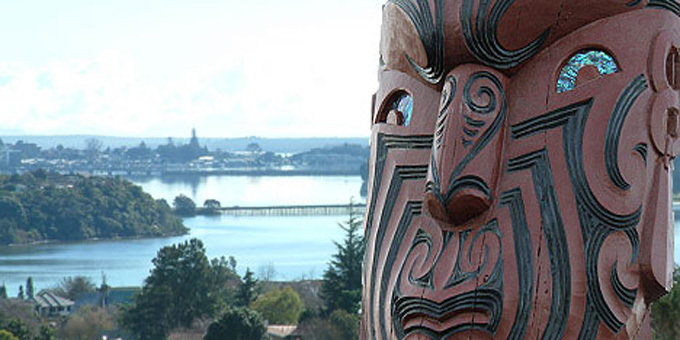 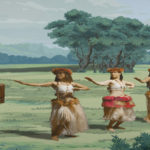