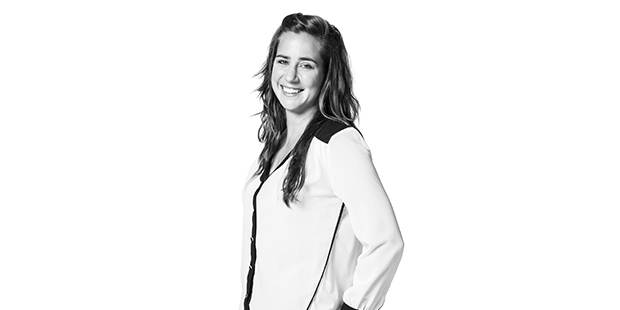 Meet Hannah Klein, the 27-year-old stormwater specialist at Auckland Council who is looking after Auckland’s waterways above and below our precious ground. And yep, there are hundreds of waterways running under the ground not too far below where you’re walking.

Put simply, engineer Hannah ensures people who visit and live in New Zealand’s largest city have an abundance of healthy streams and clean waterways to enjoy, and that we don’t lose them by building over them.

And if we do have to build over them, that the alternatives are just as good, such as enhancing an existing waterway with trees and plants around the edge of the water (which keeps the water cool and hospitable for the fish and critters that live there), creating walkways and cycleways, or creating a better open stream further up or down from the hidden piped stream.

“Streams are essential to the environment because they convey storm water flows, which is important if you don’t want your house to be flooded,” she says. “They create a home for many different species of fish, bugs and eels. If you don’t have the streams, some fish species that migrate up the stream to spawn will have lost their habitat, which means ultimately whole species could die off.”

We asked Hannah to reflect on how exactly her career choice manifests in real life, and what is so exciting about it (and she’s a gal who loves her job!). She says that as well as the amazing friends she has made from all ages, ethnicities and countries, it’s the awesome projects that she gets to work on that gets her out of bed in the morning and ready to go. So here’s Hannah’s 7 surprising facts about her career in Engineering.

Contrary to its history, engineering is no longer a man’s world. It’s fast becoming more gender equal, and females bring unique and necessary qualities to the profession.

“Females bring so much creativity in,” she says. “Females are generally creative so that’s a hugely beneficial thing to bring to a role. Women havea different way of looking at things. As a woman, if you know your stuff, and you work hard people are going to take you seriously, it doesn’t matter if you’re male or female.”

Engineers are always respectful in their consideration of the Tiriti o Waitangi (Treaty of Waitangi). Hannah says this is one of the most rewarding parts of building the future Auckland.

“I have been involved with the implementation of the Mauri Model Decision Making Framework. This Model helps engineers consider environmental, social, economic aspects of project in relation to Maori values. Using the Mauri Model in their decision making will help develop infrastructure solutions that provide the most benefits to Aucklanders.”

It takes a very sensitive hand and lively, creative brain to implement the best solutions for any environment, and an engineer needs all these qualities.

“One of my favourite projects is the rain gardens in Wynyard Quarter,” says Hannah. “As well as enhancing the area, the rain gardens help with stormwater run off, which is the water that flows off concrete and into the plants. These plants absorb some of the run off and slow down the velocity of the storm water and in doing so decreases flooding. This is called water-sensitive design. Urban design doesn’t all have to be concrete and hard engineering.“

Engineering is not just about building buildings and bridges, says Hannah, it’s so much more than that!

“There’s such a broad range of what you can do with engineering and I have chosen to work with the environment in terms of water which allows me to be very creative day-to-day,” she says. “We have to think creatively and problem solve in teams to build amazing solutions that excite the communities. Wynyard Quarter is just one example where hugely talented engineers came together to create one of Auckland’s most revitalised and exciting places to be.”

This is no desk job! To solve problems about the environment, infrastructure, buildings, roadways and more, you have to get outdoors and in amongst everything.

“We go stream hunting!” laughs Hannah. “We’re finding what’s called ‘intermittent streams’ and classifying them. These are the streams that flows some months but might go dry during the summer months. So we go all around Auckland hunting streams. “I’m also doing a planting project and stormwater renewal project on the North Shore, I get to go on site with the contractors and see the work that’s being done. It’s definitely not just sitting in front of a computer; I get to go outdoors and get my hands dirty. Everyday is different!”

Engineering is not about building stuff, in fact, at its heart and its entire point in fact, is people. Pretty much everything engineers do is about making people live better, easier, happier lives.

“We’re dealing with people all of the time, and everything we do is for people. We’re about connecting the community with our spaces. It starts with having an idea and communicating it with the community to see what they want out of a project, or what they want to see. In my role, we use water to connect them to the environment and reinforce just how important water is.”

“We work towards the future every day,” says Hannah. “We’re optimistic and we create the change we want to see. It’s about getting a problem, exploring all the different solutions and arriving at the best one that’s going to benefit the city, the community and the fast growth that’s happening. The coolest moment is when a project is finished you can drive past it or ride your bike by the stream and think ‘I had something to do with that’. Engineers are part of the future, we’re creating the solutions.“

A degree in Business was not enough for Hannah; she wanted to be part of something far bigger, so she enrolled in a three-year engineering degree.

Now Hannah is heading towards her final semester of her Bachelor of Engineering Technology with a focus on water and environment. Her role at Auckland Council began as a summer internship which then became a permanent 3-day-a-week role, which she hopes will become full time once she completes her degree.

Of work, she says: “It’s been a huge learning experience. I have been so stretched just getting my head around all the standards and guidelines that I need to follow. It’s an information overload!,” she laughs. “Part of the reason I came to work for the Council was because they have a big vision to make Auckland the most liveable city in the world. There are a lot of hard workers here that do their very best to make it happen, and I’m part of the dream!”

So if you want to make the world you live in, engineering is the way to go. Discover more amazing stories here 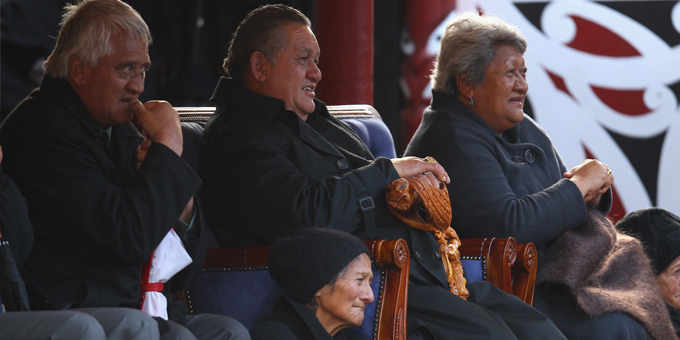 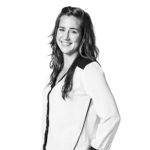