A Lincoln University researcher says Māori cultural institutions gave Māori resilience to cope with the Christchurch earthquakes, but they have struggled with the aftermath.

But he says in the immediate aftermath of the quakes, principles like manaakitanga and whānaungatanga came to the fore, and mārae became natural civil defence facilities.

“Now we see Pākeha perhaps cottoning on to this and accepting some of our cultural institutions which are vital in times of disaster. The networks of people knowing others and being able to contact whānau and cousins to ask for information, advice and resources. It happened very quickly, straight away and very naturally,” he says.

Dr Lambert says school enrolments and other data indicate younger Māori families are starting to make their way back to the city as the rebuild starts to ramp up. 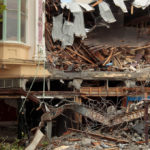