The far north’s sole Maori councillor says she is not convinced mining is in the best interests of the region.

The Government is encouraging prospecting in the area, including an offshore search for oil and gas by Norwegian company Statoil.

Willow Jean Prime says mining could have negative impacts on other key industries in the region.

She says the majority of bids that have been granted for exploration are in her Bay of Islands-Whangaroa ward.

"When you look at the other industries that are in this area, I'm not convinced that it is going to be safe for the environment or those industries, for example aquaculture, oyster farming, and tourism in the Bay of Islands," she says.

Willow Jean Prime says there needs to be more consultation with local communities, hapu and Maori communities before any exploration proceeds. 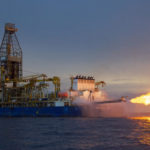