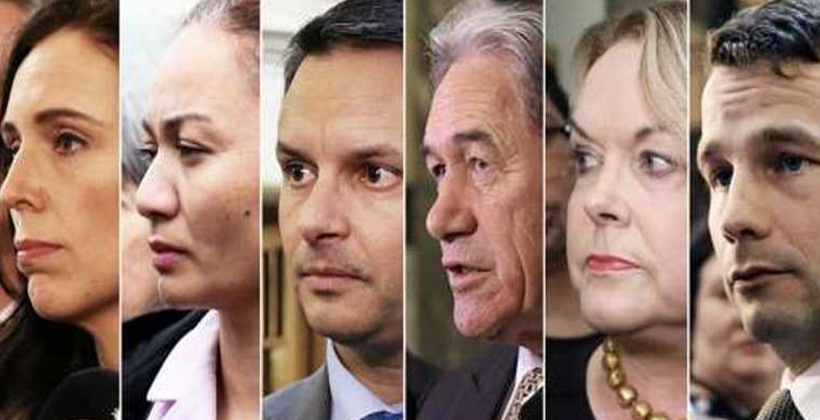 Colmar-Brunton released the full report for their September TVNZ poll last night. The outcome of Election 2020 might be more precariously balanced than pundits appreciate. Labour continues to dominate, however, both Labour and National are down on the last poll in July. In the hesitancy and disquiet of a Covid-19 world, it is almost certain that a coalition will be required to form the next government. How that shapes, will depend not only what happens for Labour and National but also for the main minor parties, such as Act, New Zealand First and the Green Party.

As voters seek security and reassurance in uncertain times, an incontinence of conspiracy is building an emerging far-right fringe franchise, the ripple effect of which could undermine the chances of some minor parties and thereby affect the final shape of a new government.

There are five parties in this group, the New Conservatives (1.6%), Advance New Zealand- the Public Party(0.8%), Vision New Zealand (0.0%), the ONE Party (0.0%), and the Outdoors Party (0.2%). With a combined total of 2.6% support, none have enough backing to enter parliament, but they may have a bearing on the chances of other parties like New Zealand First.

The New Conservatives and Advance New Zealand â€“ the Public Party, which some unfairly call Te Pāti Huruhuru, are the main rivals vying to capture the fringe constituency. They believe Covid-19 is a front for a totalitarian fascist-communist New World Order seeking to dominate and reduce humanity beginning with New Zealand.

Vision New Zealand and the ONE Party as splenetic Christian fundamentalists, and the Outdoors Party, a peculiar blend of green and anti-government regulation, will not figure in the result. They do however help attract attention to the fringe, which may assist the New Conservatives and Advance New Zealand – the Public Party.

There will be hard ceiling on support for these groups of not more than 4%, which they will divide amongst themselves thereby consigning the impertinence of their nescient beliefs to a rightful oblivion, but not before they manage to strip a key micro-margin of votes from Labour and National’s potential allies. They are probably already impacting the Māori Party.

On the numbers, Labour could govern alone. However, Prime Minister Jacinda Ardern will be keenly aware that neither major party has governed alone under MMP and that she may need one of New Zealand First or the Greens to make Parliament again. There is no certainty that either will.

The 5-point drop and a run of breaches leading to the Māori-Pacific Auckland OutBreak, the Rydges case, the Jet Park breach and a new mini-cluster emerging out of a Christchurch isolation facility are concerns. At 54% in the preferred prime minister stakes, Adern’s continued popularity will be a major influence on the outcome of the election.

National continues to pay the price for this year’s leadership woes and disarray. They will be disappointed with the result but not bowed. National is almost certain not to win in October. However, there remains a lifeline with 14% undecided voters, the largest proportion one month out from an election for some time.

Leader Judith Collins will have her eye on the fact that Labour with just 36.9% of the vote formed a government in 2017. If her party can scratch their way to 40% and New Zealand First and the Greens falter, National could possibly affect a governing agreement with Act.

At 18% as preferred prime minister, Collins is holding her own, no one being in this territory since election 2017. And like her or not, Collins edged Ardern in the first leaders debate on TVOne because she did more to connect with voters at a personal level via-a-vis as the ‘daughter of the dairy farming parents’, having a husband who is ‘Samoan and had to leave school early’, previously being ‘a small business owner’ and being raised in ‘poor state house-like situation’. Ardern’s albeit prescient combination of ‘planning and optimism’ reflected the remoteness of a life without cold nights, mud and a talofa.

Act looks certain to enter Parliament. The fate of the Green Party and New Zealand First is undecided. Act continues to benefit from the debacle that has been the year for National. Leader David Seymour is calm, clear, and succinct. He keeps it simple. This is what voters are seeking during Covid-19. At 7.0% he has platform for 9 MPs in Parliament. If National claws its way to 40% and New Zealand First disappears and the Greens stumble, then it is game on. Seymour is personable; however, his party list is inexperienced and if successful their innocence will take a good broiling in cauldron of parliamentary politics.

The Greens have done well to recover from Co-leader James Shaw’s outrageously self-centred securing of the pet-project $12 million funding of the Taranaki Green School. The Greens are not out of the foliage yet.

They will need 7 to 8% before voting occurs, the party has lost 1 to 2% on election night in each of the last three elections. The performance of Co-leader Marama Davidson is key here. She has fire and strength, a greatly improved if not wily political acumen and significant respect in the mana wahine community. If New Zealand First stumbles, and he Greens enter government with Labour then expect an extremely prominent position in Cabinet.

New Zealand First leader Winston Peters is the great survivor, but this election ominously balanced for parliament’s best dressed senior. There is a good chance New Zealand First will not return in October. The last time they polled this low in the run up to an election was October 2013. They came back, but it took the best part of a year to do so. With just over three weeks to the election, the road is steep and dark clouds loom.

In their favour, New Zealand First has leap between 2 to 3% on the last day in each of the previous three elections. If they are around 4% in the penultimate polls, then yet another Lazarus resurrection is on.

And it will take a miracle. The tried and true tactics of shaming immigrants and attacking Te Tiriti o Waitangi and the Māori electorates has no traction in a post-Christchurch massacre and BLM anti-racism world beset by Covid-19.

Hateful rhetoric targeting the Islamic community is unconscionable. The Machiavellian and conniving attempt to exploit immigration paranoia once again by targeting Indian students instead of the Islamic community was a phantastic backfire. And there is a definitive trend towards acceptance of Te Tiriti, te reo Māori and the place of Māori in politics

The party has barely said anything about the impact of Covid on their main constituency in the senior citizen community.

The Māori Party will be disappointed with their result. Co-Presidents Kaapua Smith and Che Wilson have conjured a remarkable rebuild since decimation by Labour in 2017. Without the cause celebre of the Foreshore and Seabed, the party is struggling for momentum.

The party is further stymied by racist electoral policy which prevent Māori from switching from the general to the Māori roll to support their candidates. The next electoral option to do so will not be until 2024 meaning their best electoral chance will not come until 2026.

The party has strong Kaupapa Māori centred policies on big issues like Tangohia Tamariki, housing, health, and education. The party has strong candidates deeply connected with Māori communities. Co-leader Deb Ngārewa-Packer is articulate and among our most skilled candidates. John Tamihere has launched a seriously energised campaign in Tāmaki Makaurau. In the Te Tai Tonga, Tākuta Ferris caned incumbent Rino Tirikātene in their live debate.

Some of that is being lost in a Covid-19 environment where people are seeking reassurance in the day-to-day now. Solid, succinct, and sound, four-point community-wide bulletins are the communication package for this election.

Although they have never been in parliament, TOP are included in this group because they received 2.4% of the party vote in the last election. TOP has multiple ‘evidence-based’ policies. Their ideas on prison reform and Te Tiriti o Waitangi are progressive but the party is hindered by their weird name, lack of presence, and an inability to convince voters they are anything more than a middle level research group. They tout a ‘group of experts’ who vet the veracity of their policies but do not name them. TOP may have a useful future as a research entity outside parliament. 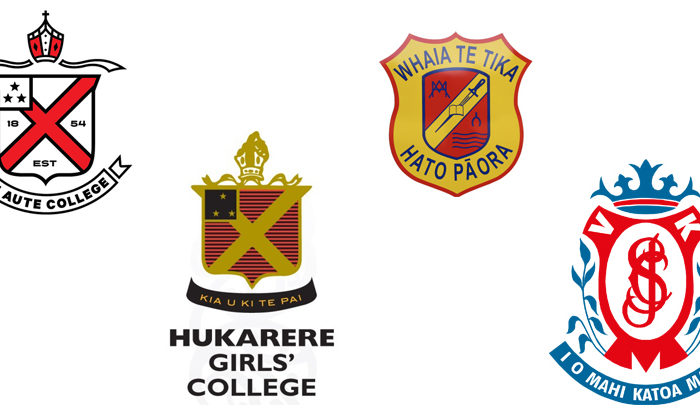 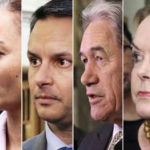