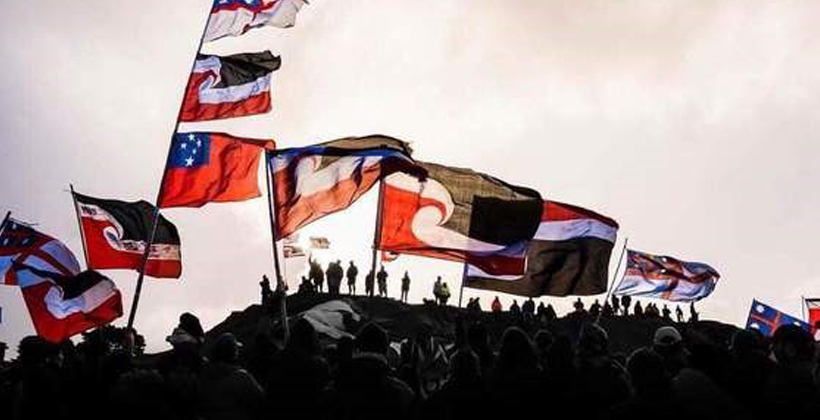 Te Ahiwaru-Ngāti Māhuta have been systematically excluded from Treaty processes. A resolution at the Ihumātao must recognise they are the primary mana whenua group at Ihumātao, allow them the principal say in whether the land is used for housing or held in their trust on behalf of Aotearoa New Zealand, and reactivate their Treaty of Waitangi Claim (Wai 2401) under their name.

In 1858, after a generation of occupation, 30 or more chiefs representing tribes across the Auckland isthmus formally vested the land to Te Ahiwaru in perpetuity. Reinforcing the importance of Te Ahiwaru-Ngāti Māhuta, two of five meetings establishing Te Wherowhero as the first Māori King took place at Ihumātao between 1856 and 1858. Their marae, Makaurau, is the oldest in Auckland.

Driven off their land in 1863, their properties seized or destroyed, land confiscated, returnees confined on a minuscule reserve, access roads that regularly flood, inundated with Auckland’s shit, Maunga Taketake (the Everlasting Mountain) flattened for the Auckland Airport, disempowered, demographically reduced and marginalised and manipulated by Pākehā and Māori alike, Te Ahiwaru became a forgotten people.

Te Ahiwaru-Ngāti Māhuta have close relationships with the Te Waiohua groups of Ngāti Te Ata (mainly centred around the Te Āwhitu Peninsula) and Te Ākitai (mainly centred at Pūkaki near Auckland Airport). Both have overlapping ancestral interests in Ihumātao.

Te Ahiwaru-Ngāti Māhuta also have an internal relationship with Te Kawerau ā Maki some of whom moved to live at Ihumātao during the 1900s after losing most of the last of their lands in West Auckland.

This week, the media reported that a proposal for Ihumātao went to Cabinet on Monday. Reports said this involved the government first purchasing the land from Fletchers Building followed by a process discussing the role of mana whenua groups and whether the land will be used for housing or another purpose. Earlier this week, Prime Minister Jacinda Ardern refused to confirm that anything is in progress. The deal will be announced today.

Act Leader David Seymour has criticised the deal in advance saying, “it disregards legally binding Treaty settlement processes”. Seymour refers to mana whenua as “agitators”. Mike Hosking calls them “stirrers”. Both echo the platitudes of prejudice that have fed the right over the past year with New Zealand First Leader Winston Peters, and the former National Party Leader and Deputy Leader, Simon Bridges and Paula Bennett also claiming a government-funded resolution would undermine “full and final Treaty settlements”.

There has been no Treaty settlement at Ihumātao. The ongoing assumption there has been a settlement primarily stems from statements made last year by former National Government Minister of Treaty Negotiations Chris Finlayson who claimed he had personally “negotiated with the iwi Te Kawerau ā Maki” and “after full and frank discussion on all these matters [Ihumātao]” had signed a “full and final” settlement on 22 February 2014.

The first opportunity to address the injustices at Ihumātao came with the Supreme Court Judge William Sim-led Royal Commission -Confiscated Native Lands Report (1928) that outlined how those living at Ihumātao were wrongly accused of being rebels and forced from their lands.

The outcome of the Sim Report was the Māori Trust Board Act (1955) that established the Tainui Trust Board with an Â£5,000 per annum government annuity. The poor compensation, numerous restrictions on the board, and its location in the Waikato rather than South Auckland meant it was of little assistance to Te Ahiwaru-Ngāti Māhuta.

The first opportunity for a settlement in the modern era came with the Waitangi Tribunal’s Manukau Report (1985). The report discussed the losses of the four main mana whenua groups in South Auckland, Te Ahiwaru-Ngāti Māhuta (Ihumātao), Te Ākitai and Ngāti Te Ata (Te Waiohua) and Ngāti Tamaoho (around Papatoetoe). However, despite promises from the then Labour government, no progress was made on rectifying the injustices perpetrated against them.

The next opportunity came in the Tainui-Waikato Settlement (1995). The confiscated land in South Auckland including at Ihumātao and in other parts of South Auckland were considered within the “area of interest”. Accordingly, the Deed of Settlement named Te Ākitai, Ngāti Te Ata and Ngāti Tamaoho, but at Ihumātao named only the Ngāti Māhuta half of the Ihumātao amalgam. Worse, the official sign off for Ihumātao was from Ngāti Te Ata, not Te Ahiwaru-Ngāti Māhuta.

The Tainui-Waikato claim had proceeded upon an assumption that Ngāti Whātua were the majority claimants in the Auckland region. In 2007, an agreement in principle with Ngāti Whātua o Ōrākei for claims in the wider Auckland area was halted after a Waitangi report highlighted inequities for other mana whenua groups.

In 2008, Chris Finlayson, introduced a two-part parallel process to resolve the milieu. Shared interests covering 13 iwi across the isthmus, such as for the volcanic cones of Auckland, were dealt with in the Tāmakimakaurau Collective Deed of Settlement (2012). In an egregious omission, Te Ahiwaru-Ngāti Māhuta were excluded.

While all other individual claims in Auckland have been settled or are in progress, the claim of Te Ahiwaru-Ngāti Māhuta has stagnated most likely because it subsumes one mana whenua group under another, which is incompatible with Treaty processes, one contradiction being that the over-arching group will receive the cash. The Waitangi Tribunal has not corrected the error or proffered an explanation. In this way, the Tribunal has contributed to the marginalisation of Te Ahiwaru-Ngāti Māhuta.

The magnitude of the oversight is profound. For example, the Auckland City Council has included Te Ahiwaru (although not as Te Ahiwaru-Ngāti Māhuta) in the Auckland Council Independent Māori Statutory Board (2010) and the Auckland Plan 2050.

In September 2013, the National government passed the Housing Accords and Special Housing Areas Act to increase and fast track affordable housing. The legislation was racist because it over-rode Resource Management Act (1991) provisions to consult with Māori.

In November 2013, Fletcher Building advised the Auckland City Council that it intended to build at Ihumātao. The Auckland City Council Housing Projects Office prepared a confidential brief titled the ‘The Wallace Block’. A Māori section titled iwi ‘issues’ rather than interests, values or concerns stated that “considerable dialogue with iwi” was required because “Ngāti Te Ahiwaru had the longest continuous occupation of papakāinga in Auckland’ and ‘strong ancestral and spiritual associations’ with the land extending over “hundreds of years”.

That advice was never followed. On 2 April 2014, the Auckland Council Development Committee, with the public excluded and minutes secret, approved the Fletcher proposal to build 520 houses. The National government gazetted the land as a Special Housing Area (SHA62) on 1 July 2014.

In response, six young cousins of Te Ahiwaru-Ngāti Māhuta descent and also related to Te Ākitai, Ngāti te Ata and Te Kawerau ā Maki formed Save Our Unique Landscape (SOUL). Prompted by SOUL, seven councillors petitioned the Auckland Council to revoke the SHA62 decision. Councillor Dr Cathy Casey would later say that the objections of the Local Board and concerns of Māori were not properly brought to their attention. Councillor Mike Lee was concerned that the SHA legislation had suspended ‘the rights of people and communities’ and that neither Fletcher nor the Council had appropriately notified the Makaurau community.

The Council met on 27 August 2015. During the meeting, it became clear that Te Warena Taua, the chair of the Te Kawerau ā Maki Iwi Authority, mandated only to negotiate the claims in West Auckland, and chair of the Makaurau Marae Māori Trust, a charitable body not mandated by vote or mandated to represent Treaty claims, had been swayed by Fletchers to support the project. Pania Newton represented SOUL and appeared to have the support of the Makaurau Marae Committee, which while representing the vast majority of the community had been unable to formalise itself as a mandated voice because of the overall marginalisation of the community.

The petition was lost. The Council abandoned Te Ahiwaru-Ngāti Māhuta. Other councillors later expressed regret at the decision. Wayne Walker has said “it was a mistake” and that “the council should have been stronger in opposing it’. John Watson who voted against the motion said, “It should have been apparent that this matters to the people out there and that it’s not going to go away”.

In December 2015, SOUL lodged a claim with the Waitangi Tribunal for an urgent hearing on Ihumātao. Te Warena Taua challenged the claim on the basis that Te Kawerau ā Maki were mana whenua at Ihumatao and had the support for the Te Kawerau ā Maki Iwi Authority and the Makaurau Marae Māori Trust (both claims are problematic â€“ see above). The Crown supported this position. SOUL with all their vigour was unable to articulate the problems of the Te Kawerau ā Maki claims or promote the primacy of Te Ahiwaru-Ngāti Māhuta. In an error of research and judgment, the Tribunal declined the urgent hearing. In doing so, they again marginalised the most marginalised mana whenua group in Auckland.

The Accord Territorial Authority, Heritage New Zealand, and the Environment Court

In the Accord Territorial Authority hearing which approved the Fletcher development plan in May 2016, at Heritage New Zealand in 2017 whom after twice denying Fletcher’s project succumbed to threats from Fletchers for a judicial review, and in the Environment Court in 2018 where the judge allowed Fletchers to attack Newton’s heritage. This became the pattern. For example, in March 2019, Fletcher CEO Chris Evans and Taua issued a press release saying Newton ‘is not mana whenua nor has she been mandated to represent mana whenua of Ihumātao’.

New Zealand argued against the UN Declaration on the Rights of Indigenous Peoples (2007). In a paradox of history, while its governments, councils, tribunals, and courts oppressed Ihumātao, Te Ahiwaru-Ngāti Māhuta found sanctuary in the forums their country vehemently opposed.

The UN Permanent Forum on Indigenous Issues (May 2017), the UN Committee on the Elimination of Racial Discrimination (August 2017) and the UN Special Rapporteur on the Rights of Indigenous Peoples (March 2019) and the Special Rapporteur on Adequate Housing and Non-discrimination (March 2019) supported SOUL and Te Ahiwaru-Ngāti Māhuta, the latter two making the seminal observation that forced housing without prior and informed consultation and consent did not over-rule cultural heritage and indigenous rights.

Their affinal neighbours, Ngāti Te Ata at Te Āwhitu Peninsula and Te Ākitai at Pūkaki will also be included through shared historical interests. Ironically, Te Ahiwaru-Ngāti Māhuta are not named as shared interest parties in their Treaty settlement processes.

Te Kawerau ā Maki are included. As people who came to live among them after losing their lands in West Auckland, they should be. However, they are not the principal group.

One hundred and fifty-seven years since the confiscation of the lands, a resolution has been a long time coming. While Auckland and iwi such as Te Kawerau ā Maki have prospered, Te Ahiwaru-Ngāti Māhuta has known only suffering and never peace or justice. 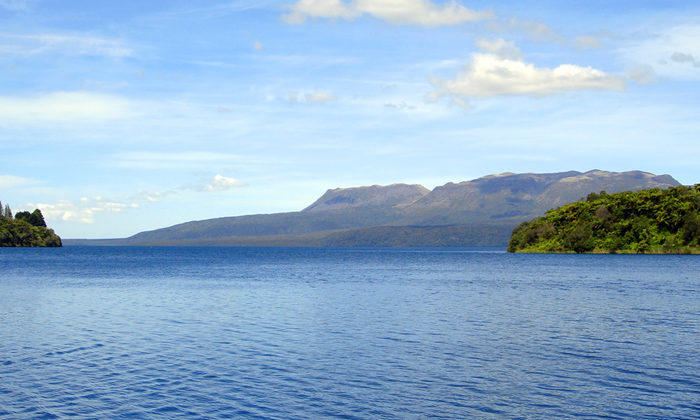 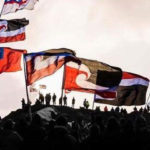