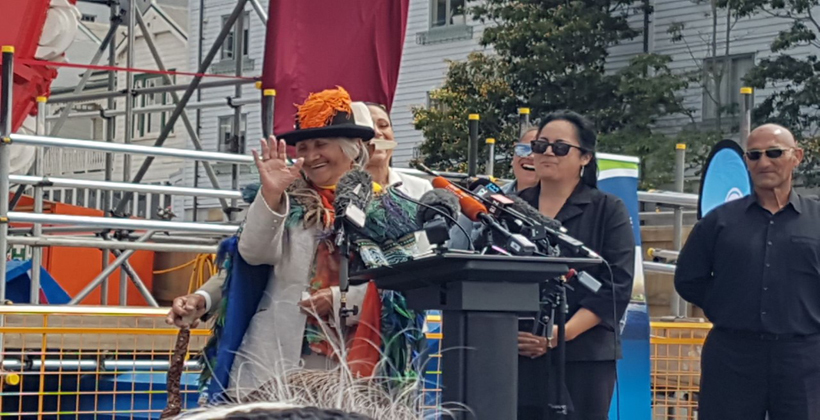 The tunnel boring machine that will complete the Auckland City Rail Link has been blessed and named after Ngāpuhi kuia and founding Māori Women's Welfare League president Dame Whina Cooper.

This morning's ceremony at Mount Eden Railway Station brought together the family of Dame Whina, led by her daughter Ngawini Puru, and Joe Hawke, her right hand man in the 1975 Māori land March, supported by his Ngāti Whātua Ōrākei hapū.

City Rail chief executive Sean Sweeny says a tunneling project can't start until the boring machine is named after a woman, in tribute to Saint Barbara, the patron saint of tunnellers and minders.

He says the name was chose by public vote – but it was the one he hoped for, and he thanked the whānau for allowing it to go through.

The 910 tonne German-designed, Chinese built machine will go underground in April and reach Aotea Station late in the year, after which it will be dismantled and redeployed for a second tunnel.

Hinerangi Puru, wearing her late mother's feather-draped bowler hat, acknowledged the honour and said her mother would be proud to be associated with a project that would bring so much benefit to all people of Auckland. 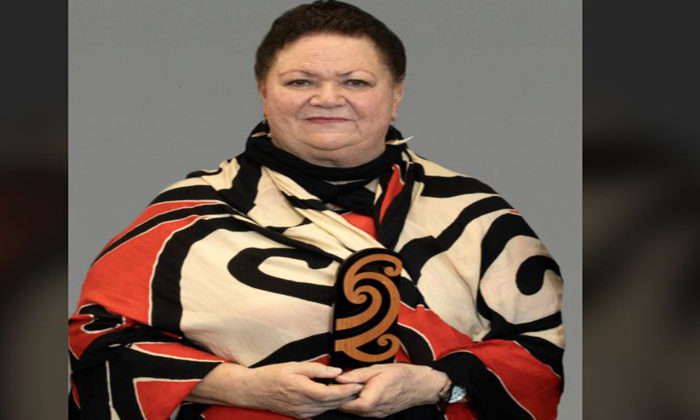 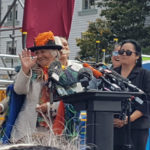