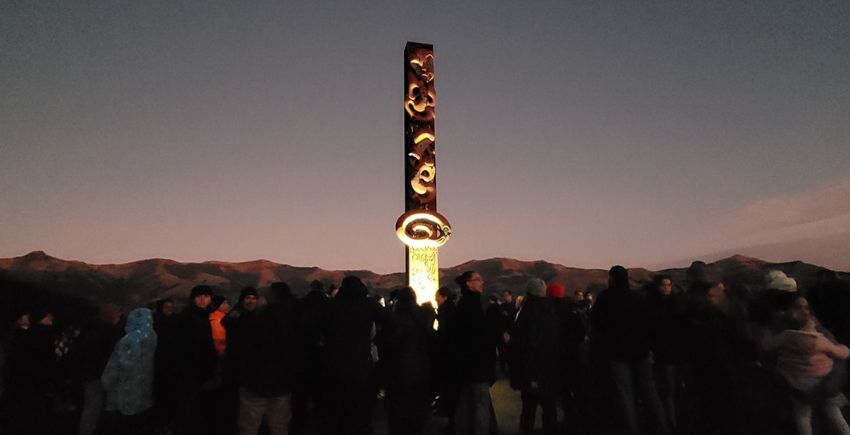 Ngāi Tahu hopes a pou erected at the site of a former kainga near Akaroa will help heal a 200-year old mamae.

Takapūneke or Red House Bay is where a 100-strong tāua from Ngāti Toa, concealed on the brig Elizabeth, captured the chief Tama-i-hara-nui and killed or captured his people in revenge for Ngāti Toa losses at Kaiapoi Pā two years earlier.

Dubbed the Elizabeth incident, it was one of the contributing factors to the Treaty of Waitangi because of widespread disgust over the actions of the brig captain John Stewart who carried Te Rauparaha and his warriors after he was promised a cargo of flax.

Kelly Tikao from the Ōnuku Rūnaka says the village was abandoned and koiwi lay on the land until they were collected and burned by European settlers.

She says the history of the land, including the iwi’s attempts to have a say in it over the objections of central and local government, is symbolised in the pou by master carver Fayne Robinson.

“Because it has been generation after generation of people, and our stories tell that, fighting council doing those things, never been heard and then finally we started to get grip, not only with council, to get back onto that whenua” Ms Tikao says. 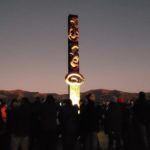