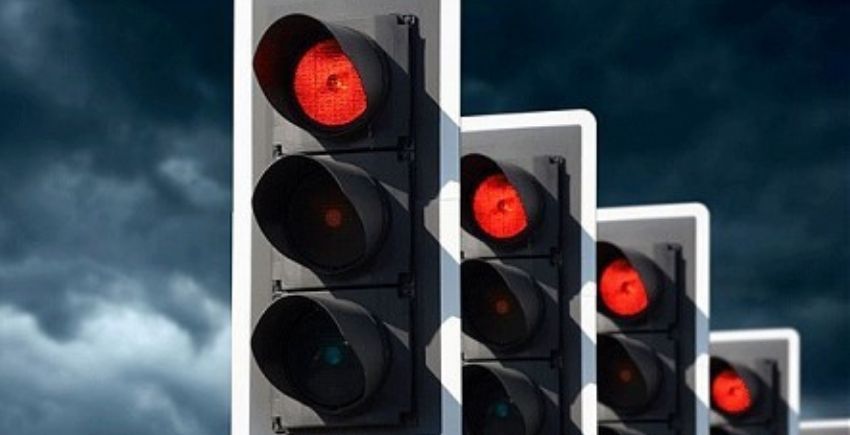 The government made the right decision on Monday to keep New Zealand at the Red Traffic Light setting.

While other DHBs (District Health Boards) have also reached peaks, many have come over the last week, for example, the West Coast recorded a new 127 case peak yesterday. Hospitalisations and fatalities, which lag new cases, remain high. The country needs more time to ensure that all DHBs have peaked. 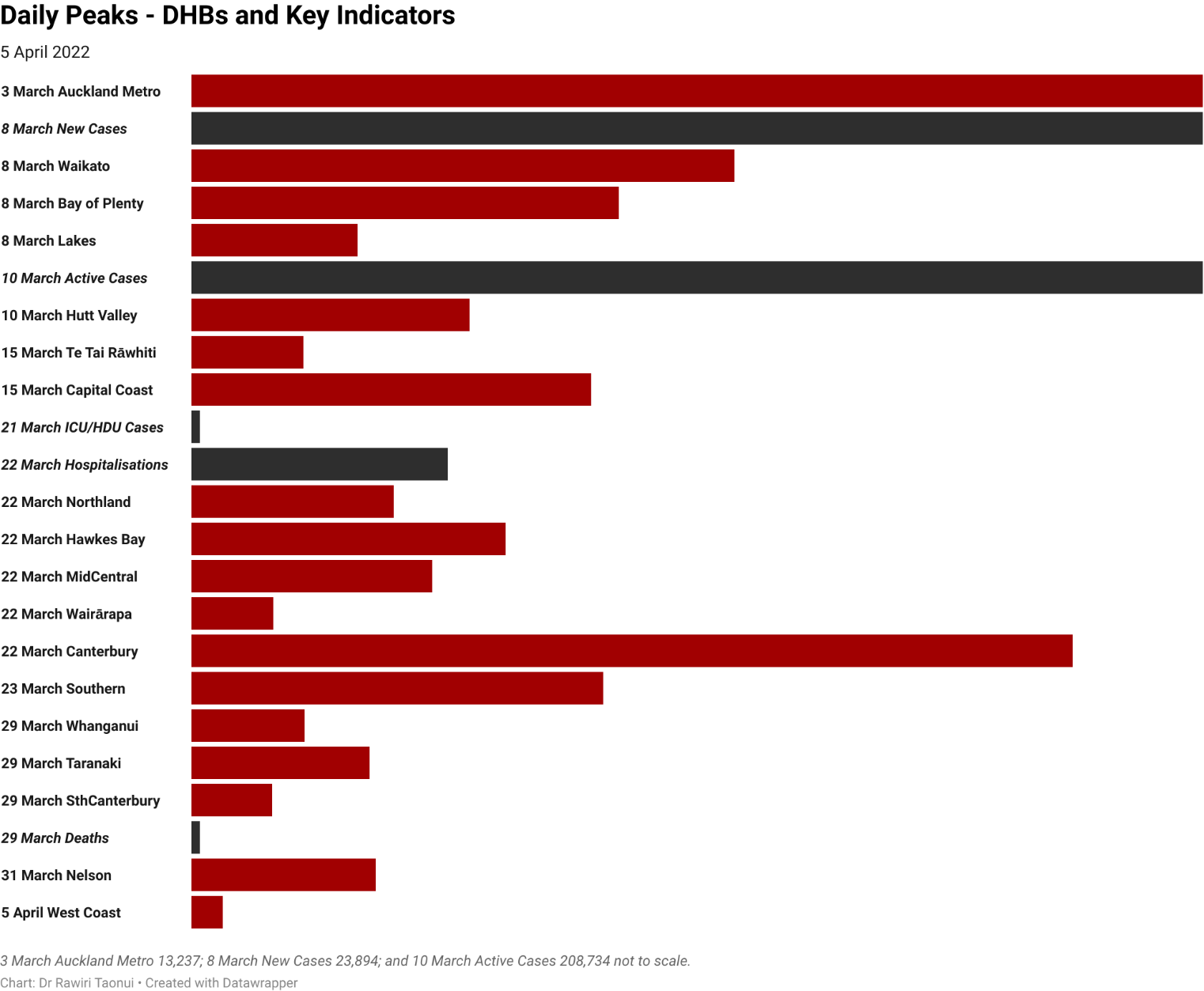 Daily numbers also remain volatile with a weekly cycle of lower reporting over the weekends and on Mondays and higher mid-week reporting from Tuesday onwards. 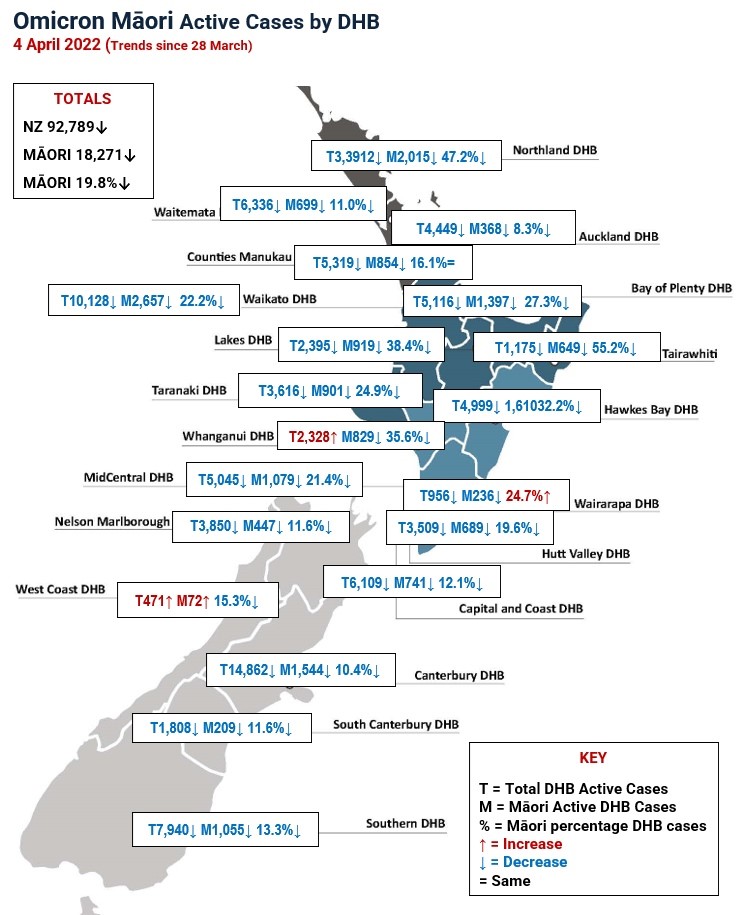 The graphic above is a snapshot of cases from Monday 4 April showing increases and decreases in the total number of active cases and the number and percentage of Māori cases in each DHB compared with Monday 28 March. Consistent with the national trend, Māori active cases percentages are declining In most DHBs.

Beneath this there are emerging risks:

• Māori have been the second-highest number of new cases for the last 31 days.

• Māori have the highest number of new daily cases per100k of demographic.

• Māori also have the highest number of active cases per100k of demographic.

• Māori have the second-highest hospitalisations per100k of demographic after Pacific Peoples.

• Māori have the second-highest fatalities per100k of demographic after Pacific Peoples.

• While Māori are 14.4% or 54 of the 375 deaths during the Omicron OutBreak since 1 February, Māori are 50% of all deaths under 60yrs across the three pre-Delta, Delta, and Omicron phases of the Covid-19 Pandemic. 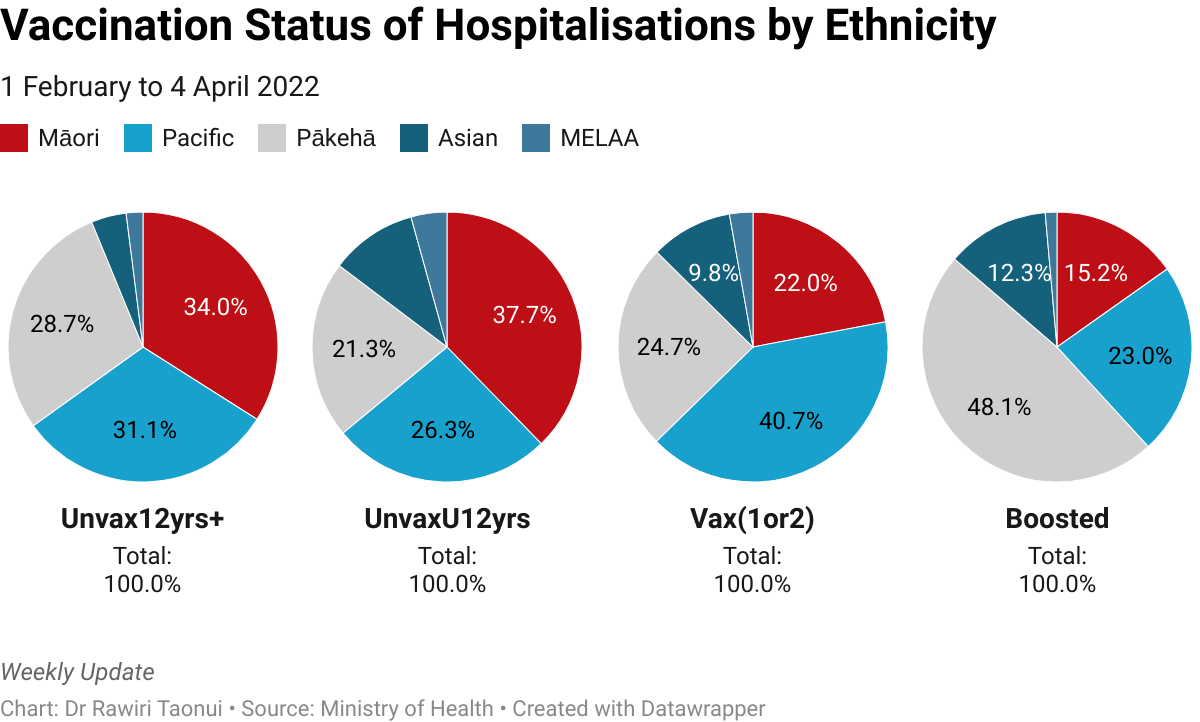 The rate of Māori vaccinations is also slowing.

• Over the last four days, there have been an average of 22 new Māori first or second dose and 42 tamariki vaccinations across the country.

• On many days there are no new Māori vaccinations in some DHBs.

• Yesterday, the Director-General of Health Dr Ashley Bloomfield said there were ‘several DHBs’ with over 90% Māori vaccinations. The Ministry of Health figures are based on an undercount of the Māori population (45,000 for 12yrs+; 5,000 for under-12yrs). There are only two DHBs with vaccination rates over 90%.

The gap between Māori double, booster and tamariki vaccinations with national totals is closing but very slowly.

These risk factors will expose Māori when there is a second wave of Omicron. A second wave is a matter of when not if.

The raising of gathering limits for indoor and outdoor events last week, and the removal of mandates in education and vaccine passes this week, will see a change in behaviours, such as less mask-wearing and social distancing, which could fuel a second wave of Omicron.

Recent changes at the border, which allow returning New Zealanders to enter without proof of vaccination, have seen a rise in positive cases crossing out border from 1,900 between March 2020 and October last year to 4,980 this week. Currently, there are 300 active cases in MIQ. Previous data has shown that breaches are likely whenever we managed more than 30 to 50 cases in MIQ. That risk is much higher given Omicron’s hyper-transmissibility.

The BA2 (87.5% of cases) sub-variant of Omicron is replacing the BA1 subvariant (12.5%) as the dominant subvariant in Aotearoa. While antibodies from vaccines and recovery from BA1 afford very good protection against BA2, the hyper-transmissibility of this subvariant will allow it to reach further into communities Omicron has yet been unable to reach.

Overseas research now shows that despite lasting longer and stronger than the two-dose full vaccination regime, the protection from the 3rd booster against severe illness from Omicron also wanes.

Combined these factors will drive4 a second Omicron wave at some time over the coming months.

Many countries are pinning their hopes on the development of Omicron-specific vaccines. Pfizer has tested and begun manufacturing a new bivalent vaccine specifically targeting Omicron and other variants. However, with final data and checks yet to occur, the new vaccine will not be available until June or July.

Many countries are adopting 4th booster shots to bridge this gap. On March 29, the U.S. Food and Drug Administration (FDA) and the US Centers for Disease Control and Prevention (CDC) authorised a 4th dose of the Pfizer vaccine for people 50yrs+ who received their first booster at least four months ago.

This seems the right strategy with a study published from Israel last week finding the death rate from Omicron was 78% lower in senior citizens 60-100yrs who received a 4th Pfizer dose compared with those who received just three shots. Given that 88% of deaths have been in this age group in Aotearoa the 4th booster is important as many of our community pass four months since their booster.

Last week the Australian Technical Advisory Group on Immunisation recommended the 4th booster for all over-65yrs and for all 50yrs+ Indigenous Australians. If Aotearoa adopts the 4th booster, we may reflect on our first vaccination rollout which failed to equate that Māori aged 50yrs and Pākehā aged 70yrs+ face similar risks with Covid. We need also reflect that Māori under-60ys are 50% of deaths in this cohort. 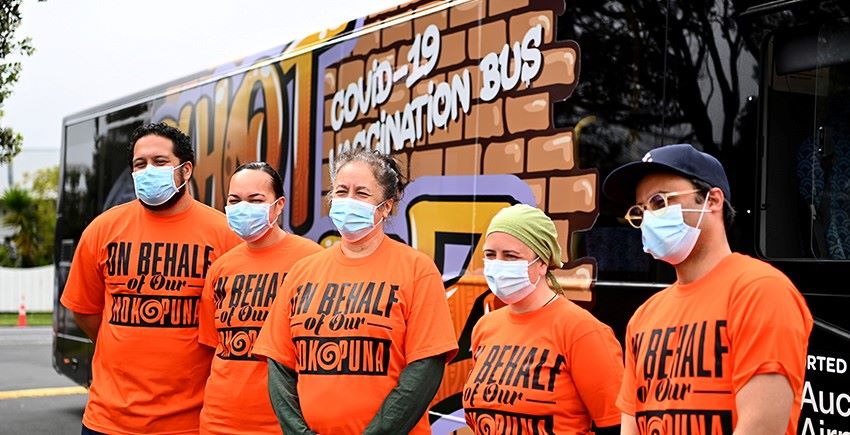 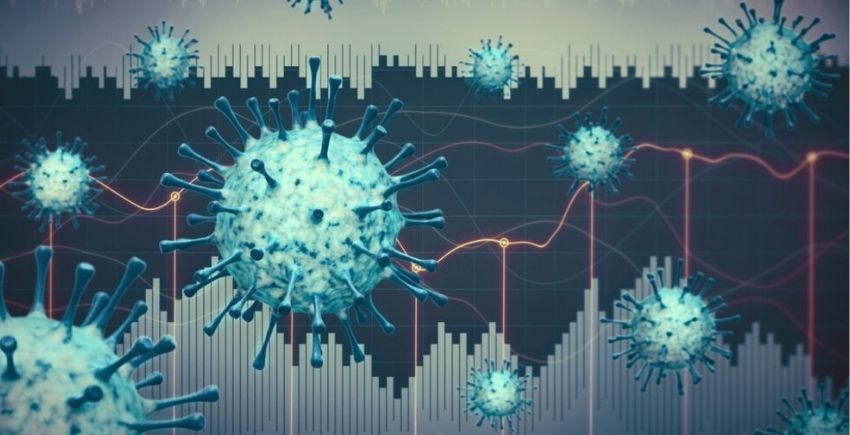 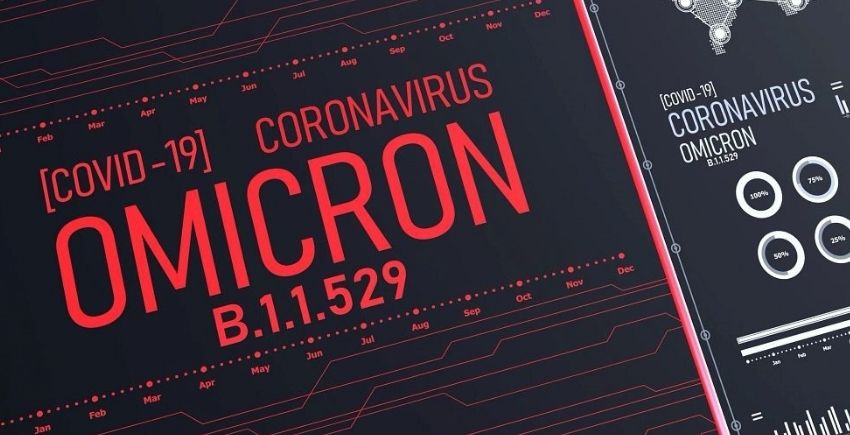