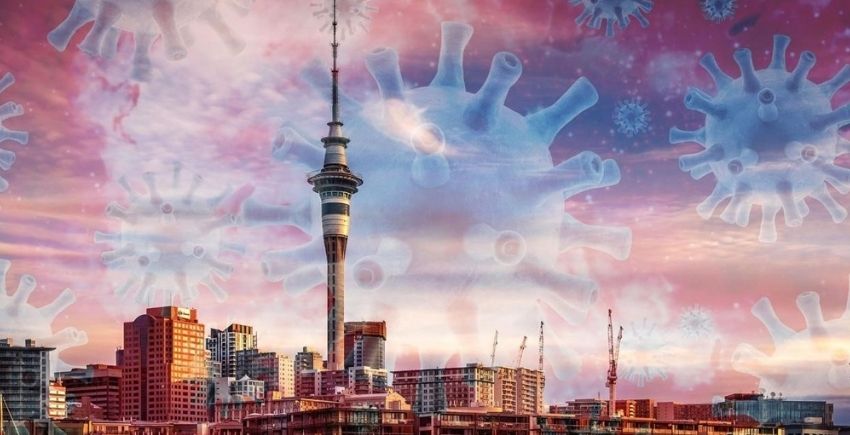 There are indications that Auckland may be approaching an early peak.

• The number of new cases in Auckland cases as a proportion of the national rate has fallen from 61% between 24 February and 2 March to 56% between 27 February to 5 March.

• The number of active cases in all three Auckland DHBs declined on Wednesday for the first time since Omicron cases accelerated upwards two weeks ago.

• The number of active cases in the Pacific and Asian communities, both with significant populations in Auckland, have also declined.

The number of cases in Auckland remains high but have recently levelled off. We will know in the next few days if this signals that the outbreak has peaked there. Expect the peak within the next seven to 10 days. 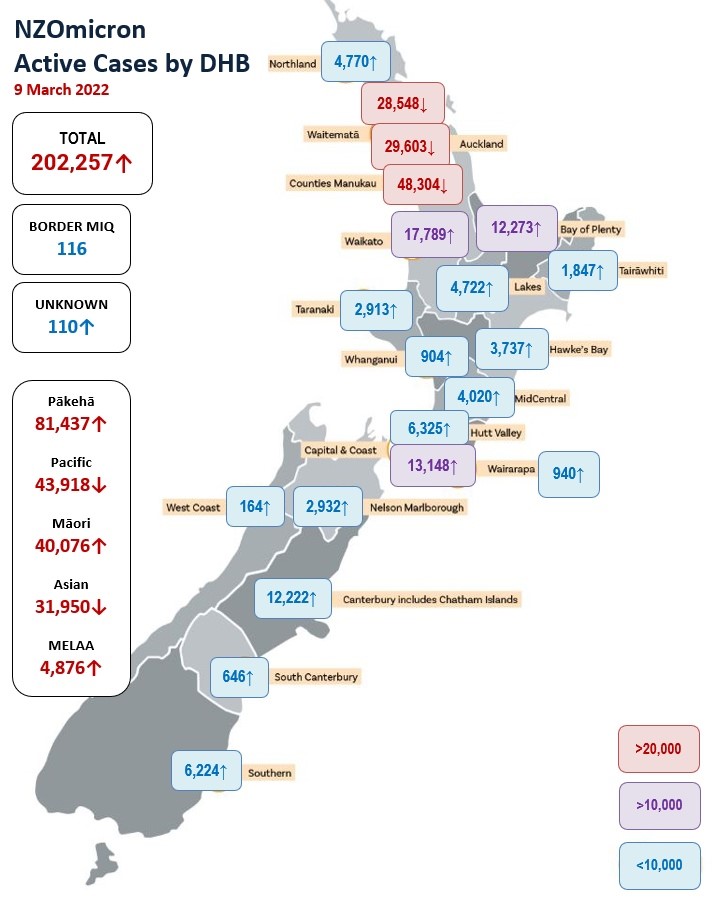 Following State Highway 1 north and south, cases in the regions are still rising. A likely scenario is that the peak in the regions is seven to 10 days behind Auckland.

It may also be that ethnic communities will peak at separate times. Cases in the Pacific community have fallen quite dramatically while those in the Pākehā and Māori communities have risen at an increasing rate. 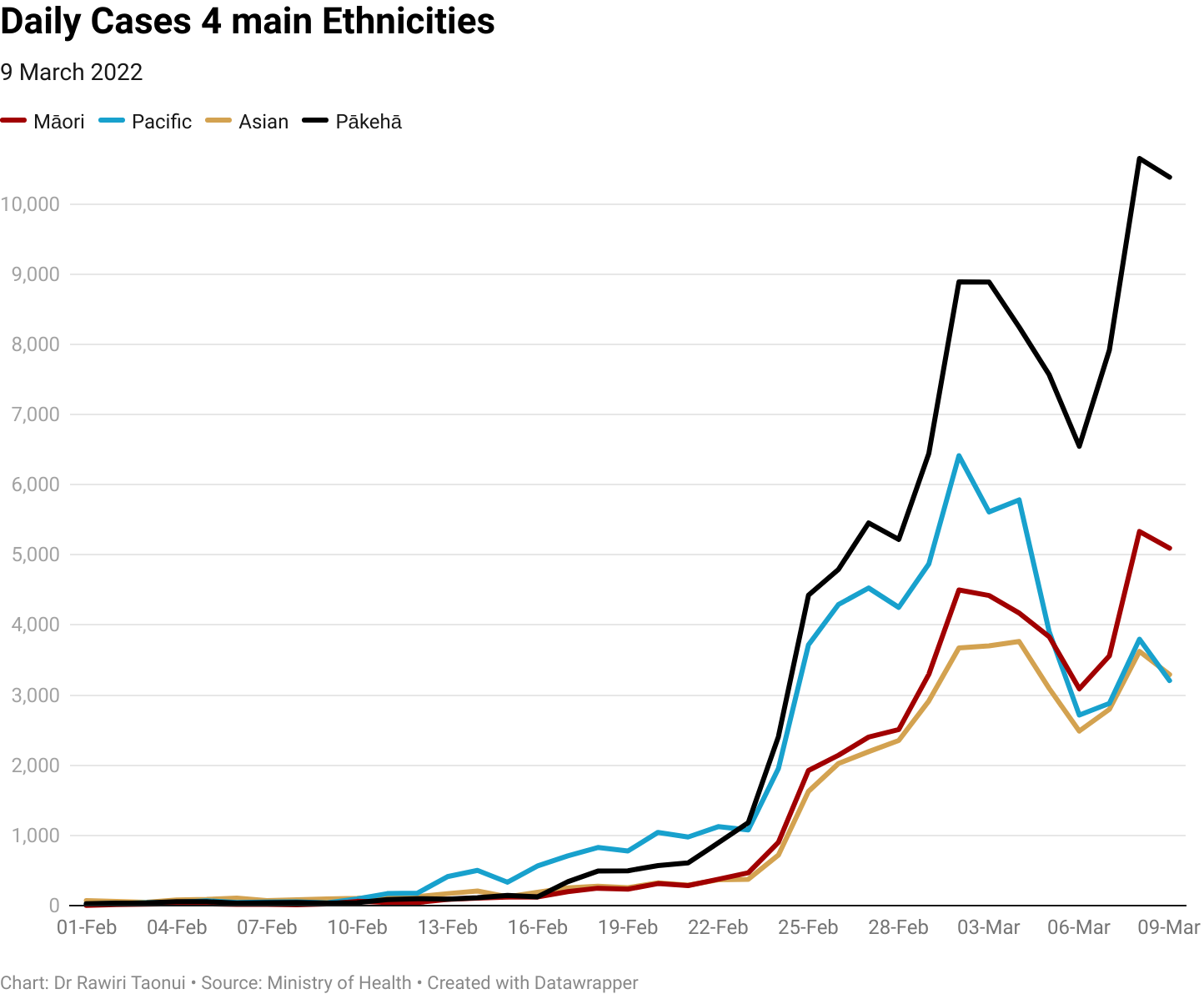 • There were 26 deaths during the 18 months between March 2020, when Covid-19 first arrived in Aotearoa, and 17 August when the current outbreak began.

• There were 27 deaths at an approximate rate of 4.9 deaths per month during the five and a half months Delta dominated the current outbreak between 17 August and 1 February.

• From 1 February, there have been 25 deaths during the Omicron dominated part of the current outbreak. All 25 have come in the last 17 days.

This is consistent with the cumulative world international which shows that Omicron deaths are about eh same or higher than Delta deaths when new daily case numbers of the less-lethal but more transmissible Omicron world peak reach six times higher than the previous Delta-peak.

This is 13 times higher than the international ratio, suggesting that on current numbers New Zealand could see over 60 deaths per month.

If this is correct, and with 15 deaths in nine days so far this month, we will see a steady increase in deaths now. If daily Omicron cases increase further a corresponding rise in deaths will follow.

We must however be genuinely concerned that three of the four deaths announced yesterday were in the Lakes, Bay of Plenty and Te Tai Rāwhiti District Health Boards where ICU provision is much lower than in the large centres like Auckland, Wellington, and Christchurch.

During the first waves of Covid-19 in Aotearoa, the Ministry of Health announced deaths as they happened including advising their age and ethnicity.

However, after a period of little over a month during December and January when Māori were seven or eight of 11 deaths, the Ministry began citing privacy and now frequently withholds ethnic data including for 13 of the 25 deaths during the Omicron part of the current outbreak. It is difficult not to conclude that this reflects a defensive over-sensitivity about the ethnic data.

Māori remain well behind on all vaccination data. Gaps are closing in total vaccinations, boosters and the tamariki rollout but at a slower rate, principally because of the effort Whānau Ora, Iwi and other Māori health providers are applying to support those isolating at home.

A whole of population/demographic vaccination figure is what counts in a hyper-transmissible Omicron environment.

The NZ Statistics Estimate of the Resident Population (ERP 2021) has the New Zealand population at 5.1263 million.

This leaves 26.3% or 318,000 unvaccinated Māori. Translated into risk, Māori cases will continue to rise. The gap between Māori and Pākehā cases will close. There is a risk that Māori will dominate the tail of Omicron as we did after the first Delta-peak late last year. 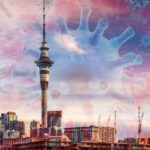