The investment by Ngāi Tahu Holdings is an extension of the $50 million NZD capital raise announced by Sharesies in late October 2021.

The capital will be used primarily by Sharesies to fund further expansion in Aotearoa, Australia and offshore. This includes laying the foundation for new product releases and development.

“To build wealth and opportunities for our iwi over the long term will require continued investment into innovative, sustainable, earlier stage companies such as Sharesies. Our partnership with Greenmount now gives us a vehicle to do so.”

Sharesies co-founder and 3EO Brooke Roberts says Ngai Tahu Holdings is seen as a strategic shareholder. “The iwi’s values closely align with our own— including a focus on intergenerational wealth creation and positively impacting communities in Aotearoa.” 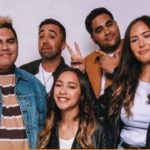