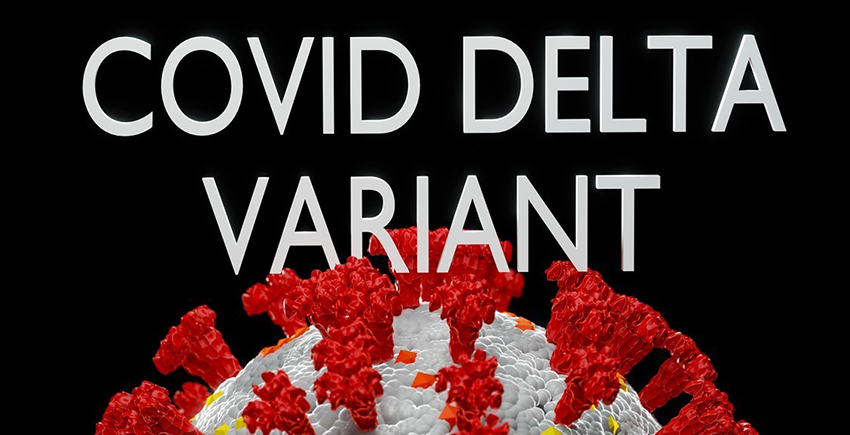 The Increase in Māori Cases

On Sunday, the Ministry of Health announced 60 new cases, the highest number since 1 September. Of these 30 (50%) were Māori. The numbers are worrying. Māori are 16.7% of the population. Māori were 5.7% of Delta OutBreak cases (39 of 687) on 1 September. Māori passed their demographic on 29 September and are now 24.6% of all cases and 44.3% of all cases in Managed Isolation and Quarantine. 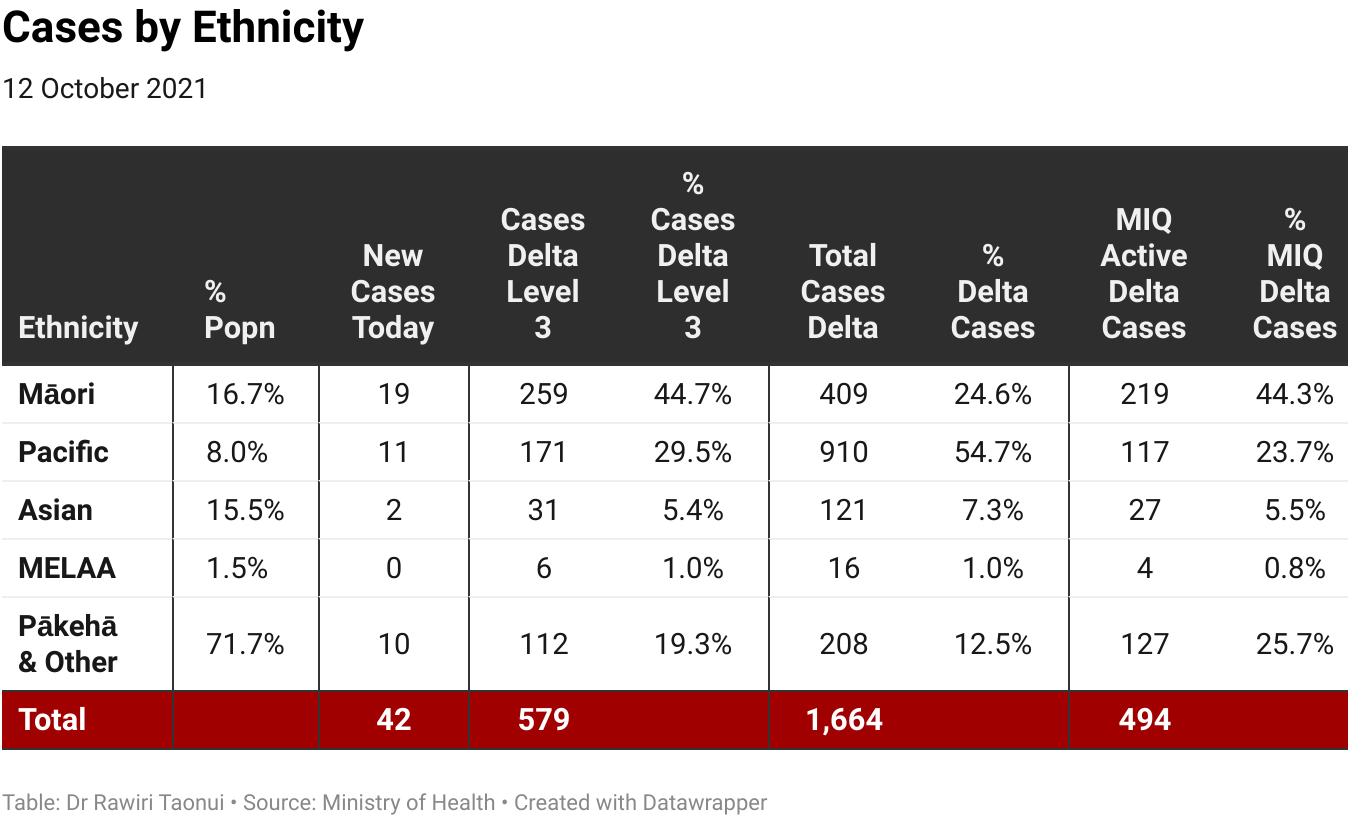 More concerningly is a rapid rise in Māori cases since Auckland moved to Level 3 on 22 September. Māori make up 44.7% of all new cases during Level 3 and have passed and now outnumber the combined total of cases for the Pākehā, Asian and MELAA (Middle Eastern, Latin American, and African) communities.

The rise includes a second alarming surge in Māori cases beginning on 29 September. Māori make up 46.3% of cases since this surge began, including having the highest number of daily cases 13 times in the last 14 days.

This upward trend looks to worsen with Māori 47.4% of all new cases over the last five days. 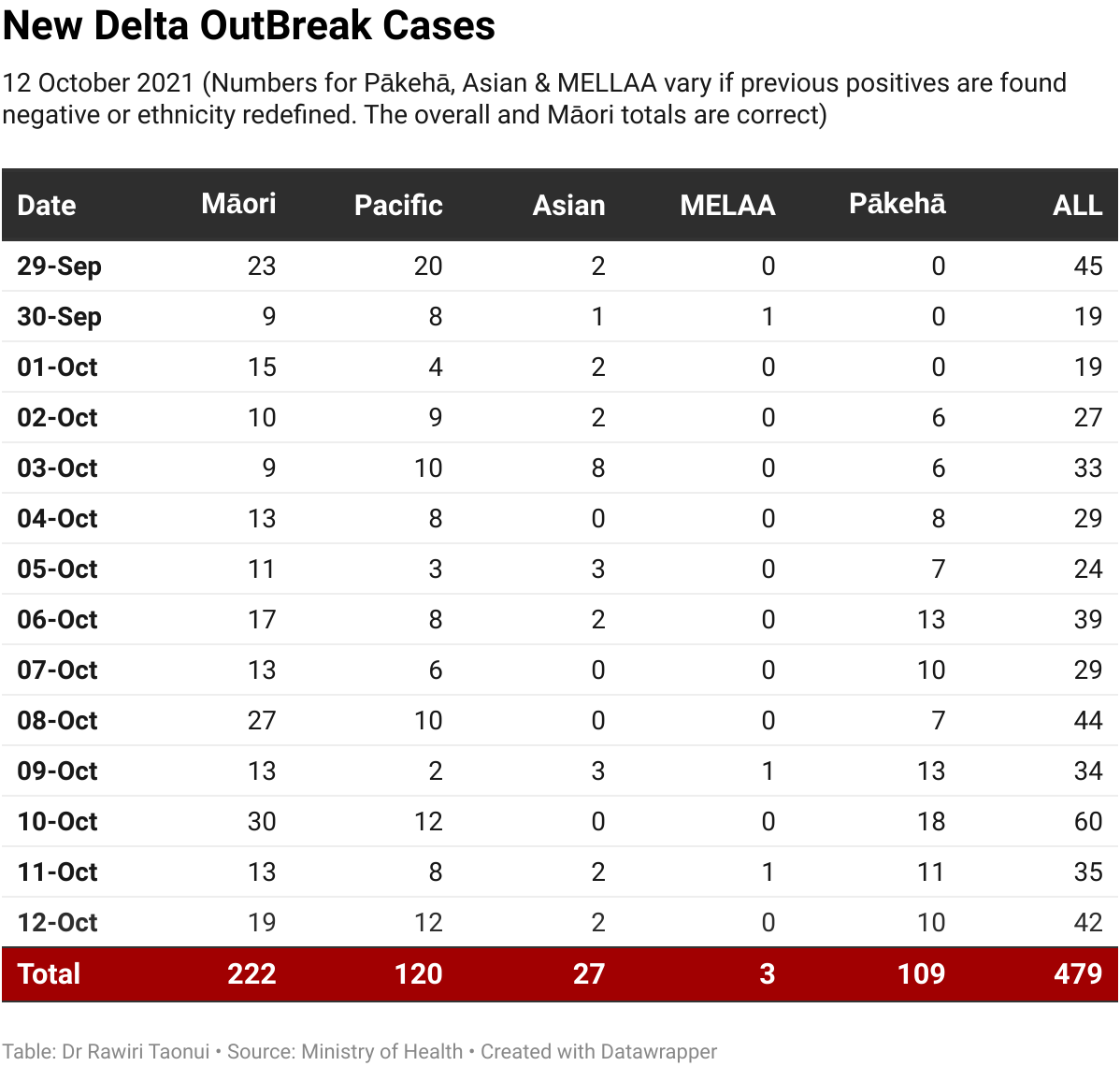 Modelling the Trajectory of Māori Cases

The table below tracks the first eight weeks of the Delta outbreak including the percentage increase or decrease in the average number of daily cases. The current figure shows an increase of 44.4% over the previous week. 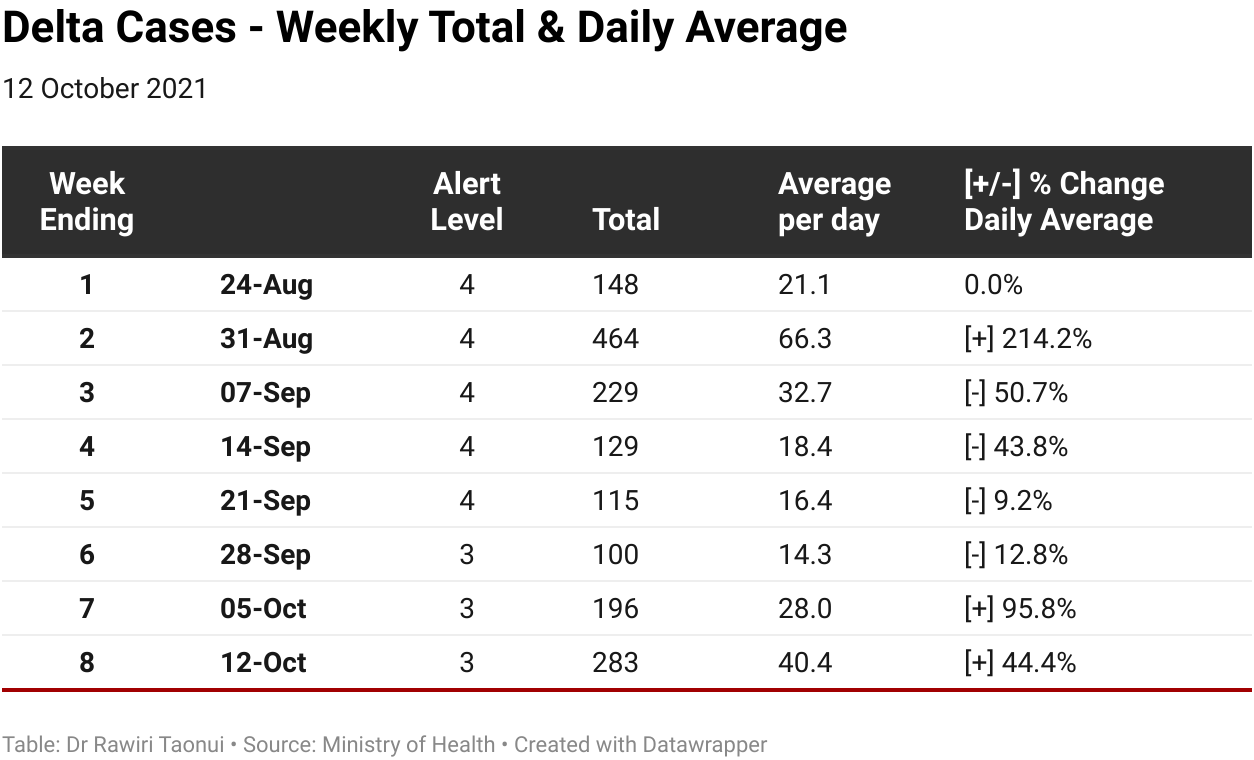 Using this figure as a mid-range indicator, the table below projects the number of new Delta cases to the 2 November (the end of the 11th week of the outbreak) at rates of 30%, 40%, 50% and 60% per week month to cover a continuation, decrease, rise or high increase in new cases.

The calculation of the number of new Māori cases uses the 47.4% last five-day rate. Although there is every indication this may increase, the projection does not factor this in. One, to avoid an over-extrapolation of the numbers, and two, because over the last four days Pākehā have for the first time been the second-highest number of cases. This rise has other implications should Pākehā cases jump further. 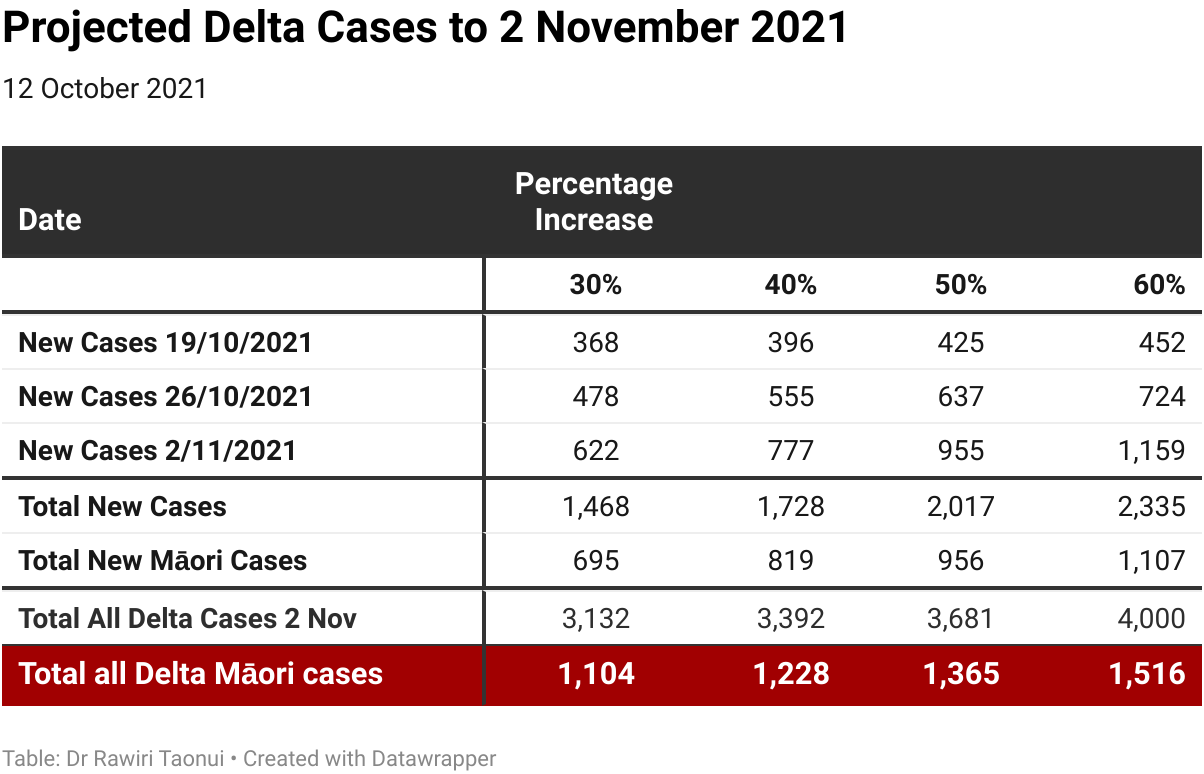 Māori are currently 622 of all cases since Covid-19 struck Aotearoa. There have been six deaths. If the above scenarios eventuate, there will be between seven and 11 Māori deaths, more if cases overwhelm the health system.

If there is an increase to the current 47.4% five-day average of Māori cases, which looks possible if not likely, then the overall Māori numbers, percentage proportion, and deaths will also increase.

Should numbers rise in this way, there is the potential for a higher and faster increase during November. Toward the end of this month Delta also has the potential to begin growing exponentially with numbers outstripping this projection. 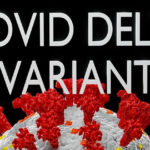