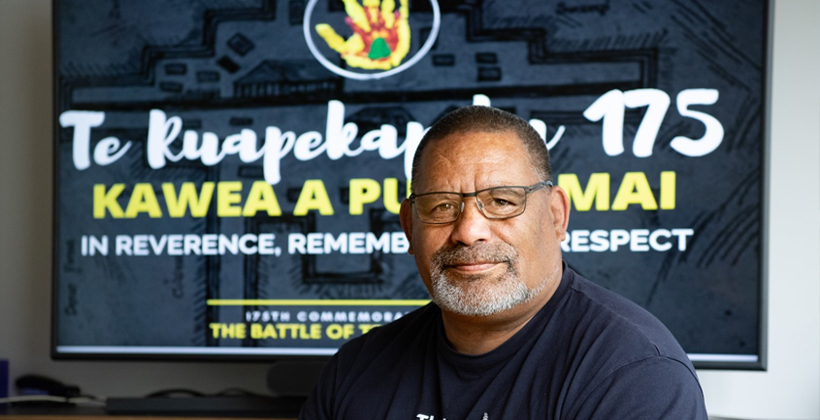 A $250,000 grant from the Vision Mātauranga Capability Fund will help strengthen links between Te Herenga Waka-Victoria University of Wellington and Te Ruapekapeka Trust in Northland.

The grant has been awarded to Te Kura Mātai Pūkaha, Pūrorohiko School of Engineering and Computer Science assistant lecturer Kevin Shedlock (Ngāpuhi, Ngāti Porou, Whakatōhea) for his project, ‘Matching Hapū Knowledge with Machine Learning during the Construction of the IT Artefact’.

Mr Shedlock is working towards his PhD on Indigenous knowledge systems and the construction of virtual reality (VR).

The Ministry of Business, Innovation and Employment-administered fund aims to strengthen skills and networks between Māori and the science and innovation system, and lift understanding of how research can contribute to the aspirations of Māori organisations.

Mr Shedlock says the internet offers chances for improving global equality but only if the knowledge is shared on how best to use it.

He has been working with Māori and North American Indigenous communities on VR and framing information technology artefacts artificial versions of things in the real world.

He has recently led several high-value projects for iwi communities, including Te Ruapekapeka Trust, working with iwi and hapū in the Northland region to tell tribal stories of Te Ruapekapeka Pā heritage site.

Mr Shedlock says he is thrilled to receive the grant and to be able to use it to foster links between the trust and the University.

“It reinforces to me there is a need for this work to occur with iwi. However, with this award comes a responsibility to maintain those relations, to act in the interests of those we serve as researchers.

“It shouldn’t be about just my idea of research, but also about where the beneficiaries of that research reside as well.”

He sees the partnership with Te Ruapekapeka Trust as ongoing and one that could expand to include other iwi.

“Te Ruapekapeka Trust can be seen to lead new ideas, just as the pā site did in its times,” he says.

The pā site provided innovative ways to engage the British Empire, using trenches and caves as a layer of protection (tactics later adopted by the British), and palisades angled to deflect and cushion attacking British bombardments.

On its website, the trust says the pā was, in 1846, “a remarkable fortification”.

“With its double-row of massive timber palisades, musket trenches, flanking angles and bomb-proof bunkers, Ruapekapeka was a masterpiece of military engineering.

“Ruapekapeka represented a transition from traditional Māori pā to defences especially designed to counter the long-distance projectile and explosive weaponry of the British. The site is remarkable to this day with its highly visible and well-preserved defences carved into the landscape.”

The website includes digital reconstructions of the pā at its peak.

Mr Shedlock says technology should be an enabler for members of the iwi.

“Engaging with technology in a positive manner will raise awareness of the challenges for adopting strategies to deal with Māori data governance, data sovereignty, data ethics, and the use of data algorithms to re-tell stories where the data is protected.”

He hopes the virtual pā will reconnect whānau across the world and that hapū stories can be told to schools by iwi members.

He also recognises VR offers “tremendous opportunities” for Māori communities to experience themselves in unreal settings not available in the real world.

“However, the concern is VR as a technology may be replacing the traditional identity of users with an online digital version of themselves.

“Any deviance from heritage or known Indigenous relationships may result in a disconnection between the traditional world and the unreal digital world if wrongly presented.”

It is vital Indigenous knowledge and identity is produced and disseminated sensitively and appropriately, he says. The exponential nature of technology continues to outpace traditional practice such as marae protocols (kawa).

“Take Zoom, for example. I personally have no problem with Zoom, but marae have not had the opportunity to establish protocols for digitally viewing tūpāpaku at a tangihana, or wanting to engage with others via a digital pōwhiri. And I’m not sure if it is even possible to perform a wero challenge on Zoom.”

Mr Shedlock hopes to complete his PhD draft by the end of the year. 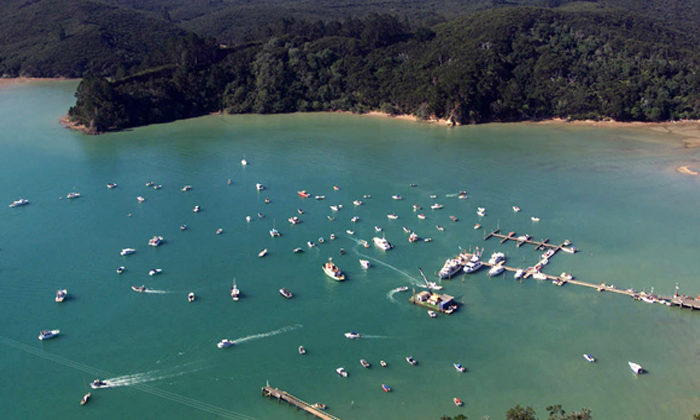 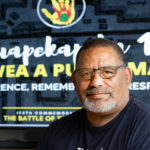