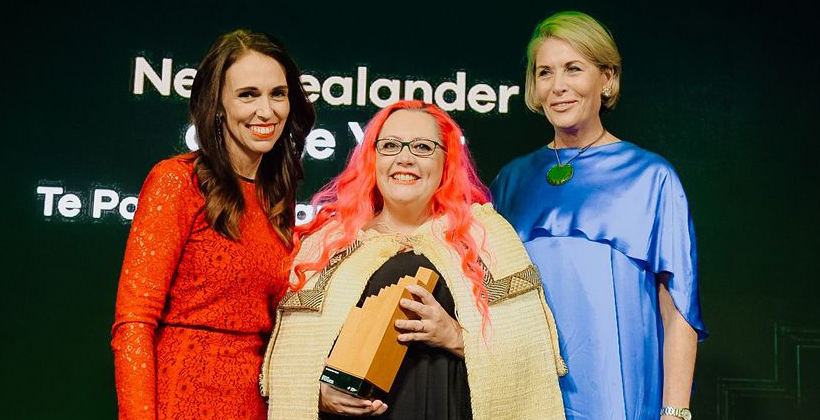 Dr Siouxsie Wiles received the award from the Prime Minister, the Rt Hon. Jacinda Ardern, and was presented the Kiwibank kaitaka huaki cloak, Pouhine, by 2020 New Zealander of the Year Jennifer Te Atamira Ward-Lealand at a Gala Dinner at the Cordis, Auckland on Wednesday 31 March.

The 2021 finalists for the Kiwibank New Zealander of the Year category included Farid Ahmed, Muslim community leader who has become an icon of forgiveness following the 15 March terror attacks, and Ranjna Patel ONZM, QSM, JP, Founder and Director of Tāmaki Health and domestic violence prevention campaigner.

When COVID-19 first hit New Zealand, Dr Siouxsie Wiles rose to the challenge. Joining forces with Spinoff cartoonist Toby Morris, she worked tirelessly to make the science of the pandemic clear and understandable. In the face of considerable criticism on her authority, on her appearance, on her gender – Siouxsie’s continued to respond to one of the greatest challenges of our time with empathy, innovation and courage, and her work has been seen by millions and even used by governments and organisations as part of their official pandemic communications.

Siouxsie heads up the Bioluminescent Superbugs Lab at the University of Auckland where she and her team make bacteria glow in the dark to understand how infectious microbes make us sick, and to find new antibiotics. She is passionate about demystifying science and has won numerous prizes for her efforts.

While New Zealand collectively locked down, she stepped up – helping millions globally see past the fear and complexities of the pandemic. Her work provided support, strength and clarity across New Zealand and beyond, representing our country on a world stage and helping to keep us safe.

Outside of the pandemic, she is a passionate and influential leader in her industry. Her willingness to break down barriers has opened doors for women in science, and her pioneering work in bioluminescence is redefining modern medicine.”

The remarkable New Zealanders honoured across five categories for 2021 are:

The annual Kiwibank New Zealander of the Year Awards are in their 12th year. The Awards celebrate and honour extraordinary Kiwi from all walks of life; those who inspire, give hope and lead across the six different Award categories.

The Awards Office received a record number of nominations in 2020 that were rigorously evaluated by at least two rounds of independent and diverse judging panels. OPINION: Pūrākau as teaching tools in the university classroom 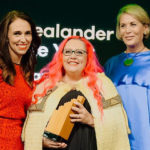