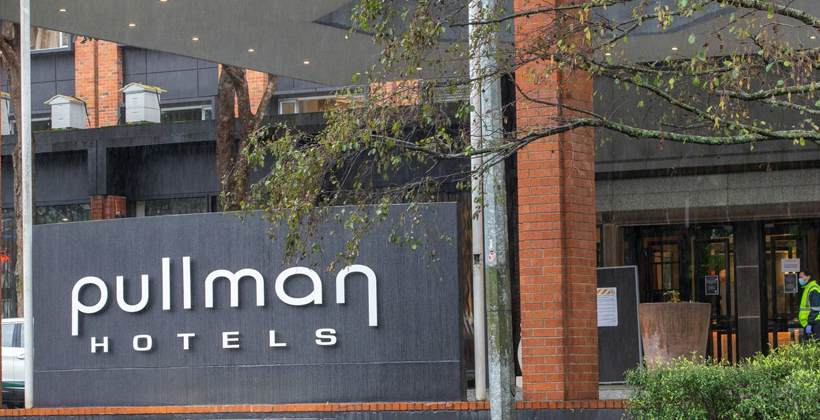 The Northland woman who has tested positive for the B1351 South African variant arrived in New Zealand from London on 30 December. She returned two negative tests at the Pullman Hotel, completed a health assessment, and left MIQ (Managed Isolation and Quarantine) on 13 January. She developed symptoms on 15 January and was tested and self-isolated on 22 January. The genome of the Northland case is identical to another guest at the Pullman hotel who arrived on 9 January (the index case). The infection occurred between 9-13 January. Two days ago, two other former Pullman guests from one family in Auckland tested positive. They also link to the index case.

There are seven at-risk groups.

1. The Northland case and their 15 close contacts. All have tested negative.

2. Staff who worked at the Pullman between 9-13 January, 212 have been tested, 201 were negative, two are the positive cases in Ōrewa. There are 18 to clear.

4. Guests who were at the Pullman 9-13 January. Two have tested positive (the Auckland pair) and 314 have tested negative. There are 39 to be cleared. Further positive tests could mean a multi-location event and extrapolating community transmission.

5. Those who visited 31 locations of interest associated with the Northland case. There will be an unknown number who did not use the Covid-19 app and have not contacted Healthline. Of the knowns, 127 have tested negative, there are 244 people plus unknowns to be cleared. Positive cases in this group mark a step toward community transmission.

6. Family and close contacts of the two Auckland cases. All ten have tested negative.

7. Those who visited locations of interest associated with the two positive cases. Test results are forthcoming. Any positive cases in this group will mark the first step in community transmission. There are also unknowns who did not use the app.

The seven groups total more than 1400 people. The best outcome, that the three community cases and four in the Pullman are the only cases, relies on 1400 negative tests. On available numbers, there are around 830 negative tests. There have been 38,000 tests nationally over the last seven days, including over 20,000 in Auckland and Northland. There is no evidence so far for community transmission. There will be more cases, probably a small number. How serious that becomes, depends on whether there has been wider transmission.

As of 21 January, there were 36 arrivals in New Zealand with strains of concern, 29 with the UK B117 variant and seven of the South African B1351 strain. The government has not updated those numbers. With the three Pullman cases, at minimum, there are 10 with the South African variant.

The B1351 South African variant emerged in early August 2020. By mid-December, B1351 accounted for 80-90% of all new cases in South Africa. B1351 is estimated to be up to 50% more contagious than previous strains. Patients also carry a higher viral load expelling more virus when they breathe.

Hyper-infectious variants are more concerning than more lethal mutations. For example, a base of 10,000 cases of Covid-19 with average rates for infectivity and fatality will lead to 129 deaths over one month. A 50% more lethal strain would cause 193 deaths. A 50% more infectious strain will lead to 978 deaths by generating a much greater number of cases.

The earliest research did not associate B1351 with more severe disease. More recently, the National Institute for Communicable Diseases in Johannesburg has reported that testing of the new strain against antibodies in plasma from recovered Covid-19 patients indicates B1351 could be eight times more resistant to human antibodies. This poses a significant risk of reinfection in recovered patients.

The National Institute also concluded that some vaccines might require updating to combat the strain. Two British scientists, Oxford University immunologist Sir John Bell and Associate Professor in cellular microbiology at the University of Reading Simon Clarke share the concern about the efficacy of current vaccines against B1351.

B117 is 36% to 75% more transmissible than earlier strains. Like the South African variant, patients carry a higher viral load and expurgate more virus.

B117 became the dominant Covid-19 strain in the UK, comprising 60% of all new cases in London by mid-December, and 60% of all new cases by mid-January in Ireland. Exiting via London as an air hub to the world, by 20 January, B117 had spread to more than 60 countries. Experts predict that B117 will become the dominant strain in the United States in March. B117 is driving case numbers higher in countries across Europe where it will also become dominant in March.

The preliminary observation was that B117 caused milder illness. That thinking is changing. Last week, the UK’s New and Emergency Respiratory Advisory Group (NERVTAG), aggregating studies from the Imperial College London, the University of Exeter and the London School of Hygiene and Tropical Medicine, said B117 had an average 35% higher risk of death across all age groups within 28 days of testing positive compared to previous strains.

The Risk for Māori

The hyper-transmissibility, ability to evade anti-bodies and possible greater lethality mean B1351 and B117 will impact the immunocompromised. Coupling this with the reality that Covid-19 has already disproportionately impacted marginalised ethnic populations and those living in poverty, B1351 and B117 pose a significant threat to Māori communities, particularly those over 50 years of age because Māori acquire immunosuppressive comorbidities 10 to 15 years earlier than Pākehā.

There are concerns that the Northland District Health Board includes few Māori health providers in testing. This is a concern because Māori are significantly more vulnerable and will be differentially affected if a wider outbreak occurs.

One report is that the Board has said they have the situation under control. They said the same thing in April last year when Māori were being significantly under-tested. It took the intervention of up to 12 Māori health providers and mobile units to turn that around. The same applies today. At the beginning of the week, only four Māori providers were involved in testing.

The Ministry of Health is prioritising testing those who have visited places of interests and people with systems. They also need to test Māori as the main priority at-risk group in Te Tai Tokerau and Tāmakimakaurau. If there was a lesson during the first wave it is that mainstream providers lack the cultural literacy to engage well with Māori communities in situations of urgent concern.

Other countries have brought vaccination programmes forward to counter the threat of the new strains. Australia is advancing theirs from April to February and aiming to inoculate 6 million or 25% of their population by 1 March.

We do not have that option because the government purchased our vaccines late. Vaccines will not arrive until March. Until then, New Zealand, therefore, faces the highest risk from Covid-19 since the beginning of the first wave.

Concerns have been raised about the safety of vaccines. Like other routine medications New Zealanders and Māori regularly take for blood pressure, diabetes, respiratory and cardiovascular issues there are risks. We should not exaggerate those. Vaccines go through rigorous trials and testing. The first two vaccines New Zealand will deploy, Pfizer-BioNTech and Astra-Zeneca have been tested on 22,000 and 24,000 participants, respectively. The next two, Novavax is completing its programme totalling 48,000 participants, and Janssen Pharmaceutical vaccine nearing the end on 45,000 participants. We are also able to monitor the safety of overseas programmes. As of 27 January, worldwide, 80 million Covid-19 vaccinations had been administered.

Historically, it is important to know that when vaccines first came to New Zealand it was Māori rather than Pākehā who embraced them first. They did so because of the toll multiple epidemics had taken on their communities. In 1859 more Māori were vaccinated than Pakeha.

When Pākehā embraced vaccines, they administered them to Pākehā first and gave the leftovers to Māori, withheld them from Māori or when batches were botched distributed those to Māori and kept the best for themselves.

During the 1913 Smallpox epidemic, Māori often walked long distances to be vaccinated only to find themselves blocked from entering Pākehā towns. The withholding of vaccines from Māori contributed to a fatality rate multiple times higher than Pākehā.

The recovery of the Māori population from its population nadir of 38,000 in 1898, was in part driven by doctors like Māui Pōmare and Te Rangi Hīroa leading vaccination campaigns against lethal diseases like smallpox.

With consecutive weekends including Auckland Anniversary Day (1 February) and Waitangi Day (6-8 February), it is important that Māori keep our communities safe and that we support government testing and contact tracing.

Taking a precautionary approach based on the incubation period for Covid-19 ranging between two to 14 days, the community should remain on guard until 8 February covering the incubation period from when the Northland and Auckland cases were last in the community, the crucial next week of contact tracing, and consecutive long weekends with possible high volumes of traffic through the regions of Tāmakimakaurau and Te Tai Tokerau.

1. Follow the advice of the Ministry of Health if you were at any of the locations associated with the Northland and Auckland cases during the times listed by the Ministry. Stay at home for 14 days. Contact Healthline on 0800 358 5453 to understand if you need to get tested. If you begin to feel unwell or start to develop Covid-19 symptoms get a test immediately. If you receive a negative test, you need to continue monitoring your symptoms for 14 days. If you develop any Covid-19 symptoms you will need to organise another test.

4. Adopt appropriate protocols for hui and tangihanga including refraining from hongi and harirū.

5. Where possible keep kaumātua, koroua and kuia at home.

7. Encourage and support Māori and Pacific peoples to get tested. Despite advice from the Ministry of Health and regional DHBs to prioritise other groups, we are most at risk if there is an outbreak from the B1351 variant because its hyper-infectious profile will impact differentially on immunocompromised and marginalised ethnic groups.

8. Support the kaupapa of Māori health providers undertaking testing in Northland and Auckland during the current event. They are better at engaging with our communities. They were the difference in the successful testing of Māori communities during the first wave in April and May 2020.

9. Revise and refresh existing Covid-19 community plans and organisation settings re: readiness for an outbreak situation.

If located outside the Tāmakimakaurau and Te Tai Tokerau regions

12. 12 Respect iwi information checkpoints. They are there to inform, protect and assist communities and travellers. 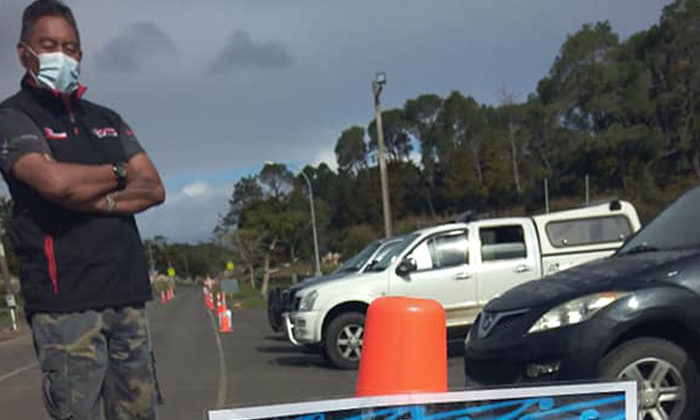 OPINION: Why Hone's Road Blocks are righteous and should be supported 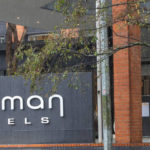