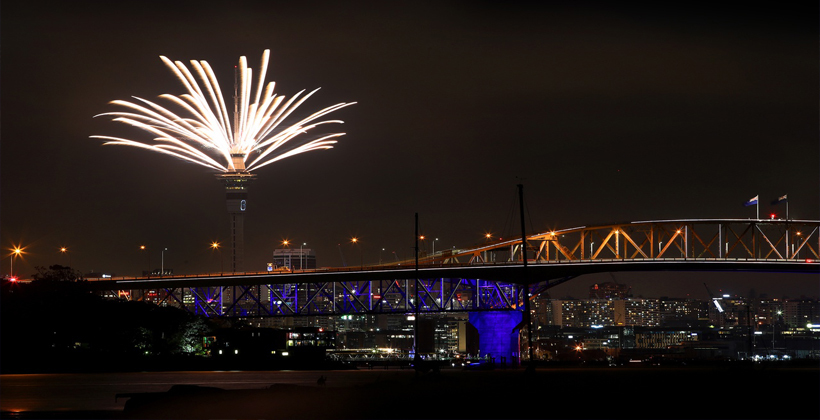 Auckland is set to lead the world’s New Year’s Eve celebrations with spectacular displays from the city’s landmarks broadcast to audiences globally.

Vector Lights on the Harbour Bridge and Sky Tower will bring in the new year with spectacular five-minute lighting show and firework display, coordinated with Tāmaki Paenga Hira Auckland Museum and Te Ara I Whiti The Light Path. This year, Vector Lights has added an additional 40 search lights, taking the New Year’s Eve light show to a magnificent new level.

Auckland’s midnight moment will be broadcast live and free to air on TVNZ channels TVNZ 1, 2, DUKE and OnDemand.

With many global cities celebrating differently this year due to COVID-19, Auckland’s celebrations are expected to draw even greater international interest.

Several streets in the central city will be pedestrianised to allow people to move freely and safely to enjoy the New Year’s Eve festivities.

Central city events will also be a draw card for young and young at heart. Free entertainment will be on in the America’s Cup Village from 2pm at Silo Park and from 5pm on Te Wero Island. The Britomart Block Party NYE Festival will also be taking place on Galway Street and Britomart Square from 7pm â€“ 4am, and Auckland Night Markets in the Elliott Street Wilson Carpark from 3pm.

Those looking to start the night earlier, head to a vantage point from 9pm to watch Vector Lights preshow on the Auckland Harbour Bridge accompanied/synchronised with a Kiwiana themed laser show on the Sky Tower.

With the city centre expected to be busy, it is important to plan travel well in advance and be aware of changes to the public transport network on the night.

Road closures in place from 10pm on 31 December until 2am New Year’s Day in central Auckland. There will also be managed access roads from earlier in the evening along the waterfront and Viaduct Harbour, and in Wynyard Quarter where The America’s Cup Race Cup Village is located.

Trains will not be running on New Year’s Eve, but extra rail replacement bus services will be operating. In the central city, bus services will be diverted around road closures and different stops will be used from 8pm until the end of service. There will also be later ferry sailings and additional bus services after midnight to help the public get home safely.

Check the AT Mobile app or Journey Planner for the most up to date information and to plan your travel. 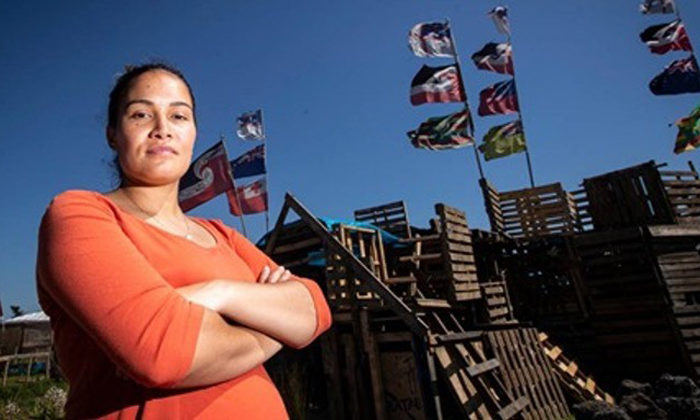 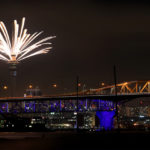