The introduction of MMP (Mixed Member Proportional) has seen ‘More Māori in Parliament’ from seven Māori MPs in the last pre-MMP election in 1993 to a record high of 29 Māori MPs comprising 24.1% of our current 121-member Parliament spread across five parties, Labour (13), National (8), New Zealand First (6), the Greens (1) and Advance New Zealand (1).

Election 2020 will see Labour enter parliament with 15 Māori MPs, a new record for a single party. This will come with an overall loss of around four Māori MPs. There will also be more Māori MPs on the left in Labour, the Greens and possibly the Māori Party and fewer on the right in National and Act. This shift will strengthen the impetus to lift Māori out of the bottom quarter of New Zealand society. It will also create greater polarisation between the left and the right and more racism from the latter against Kaupapa Māori initiatives.

In 2017, Labour entered parliament with 46 MPs, including 29 electorate and 17 list MPs. Thirteen were Māori MPs.

On projections from the latest OneNews Colmar-Brunton and NewsHub-Reid polls, Labour will enter parliament with 60 MPs.

Two scenarios emerge for Labour. On performances in debates, late runs to the Greens and Act are on the cards. Labour will still win the election but with slightly less than 60 MPs.

With Labour stable on 47% in the last two OneNews-Colmar Brunton polls, Prime Minister Jacinda Ardern down four to 50% but reigning supreme as preferred prime minister with the longest and highest run in New Zealand political history, her besting Collins in the third Press debate, National down one to 32%, emerging ructions in National over policy on the hoof, and the Auckland Māori – Pacific OutBreak now under control and the country back to Level 1, Labour are hot favourites for a big win over National. In either scenario, Labour enters Parliament with up to 20 list MPs.

National secured 56 seats in the last election including 41 electorates and 15 on the list, which with the 2018 Northcote by-election gave them eight Māori MPs.

On current projections, National will lose 15 to 16 MPs with 40 to 41 entering parliament. Assuming equal losses of currently held electorates and on the list, just eight or fewer MPs will ascend the parliamentary steps via the list. Anyone below 28 may need to win an electorate.

What does this mean for National’s eight Māori candidates? Simon Bridges (4) will win Tauranga and Shane Reti (5) win Whāngarei.

Stuff News suggests Whanganui, Northcote and East Coast are electorates National might lose to Labour. Harete Hīpango (21) will enter Parliament either by winning Whanganui or via the list. Dan Bidois (43) will need to retain Northcote and Tania Tapsell (64) retain Anne Tolley’s East Coast. Both are too far down the list to survive if they lose.

With National down one on 32% in the latest OneNews-Colmar Brunton poll and Leader Judith Collins stalled on 23% as preferred prime minister, Dale Stephens (29) has a nervous wait. The ascension of National’s ninth-placed list-only candidate rests on how many currently held electorates are lost by candidates lower down the list.

Jo Hayes, who was dropped from 36 to 44 on the list, will need to wrest Mana from Labour to survive. This is unlikely. Adrienne Pierce, who was dropped as the candidate for Palmerston North and shoved 14 places down the list to 72 will not return.

National will lose four Māori MPs, down half from eight in 2017.

Hovering on 6% in the polls, the Greens will enter the house with eight MPs bringing in Teanau Tuiono (8) alongside co-Leader Marama Davidson. Recent impressive performances from Davidson in the Radio New Zealand Powerbrokers Debate and James Shaw in the OneNews Multi-Party Debate, who scythed through Act Leader David Seymour and corrected Advance New Zealand Leader Jamie-Lee Ross’s false claim that suicide is increasing during Covid-19, suggests a late run to the Greens is in the offing, possibly adding Elizabeth Kerekere (9).

The eminently composed Leader of Act, David Seymour (1) will enter Parliament along with up to 10 other MPs. Act could bring more Māori MPs than the Greens or the Māori Party with list candidates Nicole McKee (3) and Karen Chhour (7) certain to be in Act’s caucus.

The Māori Party has completed a constructive rebuild after the debacle of 2017 when they were jettisoned from parliament. Their campaign of ‘By Māori for Māori’ and comprehensive funding for Māori-led projects is strong and in debates has placed many Labour MPs on the backfoot.

The party is hampered by the Covid-19 response which favours Labour and hindered by a racist Māori Electoral Option. Many voters left the Māori roll after 2017 assuming the party would not come back. The party has returned; however, current electoral rules prevent former supporters from returning to the Māori roll until the next option in 2024.

The strategy seeking the candidate vote because Labour’s Māori electorate MPs will return via the list anyway has been largely ineffectual. The Māori Party is also not making an impression in nation-wide party voting because the Māori electorates lack the numbers to influence the macro-national calculation and their strong Kaupapa Māori approach is petrifying white anxiety in the general franchise. An unhelpful call to curb immigration to house more Māori is also misplaced. Many immigrants support Kaupapa Māori causes, such as Ihumātao. Many of their families are also Māori families.

While success seems elusive, there are considerable numbers of undecided voters in the Māori electorates. With 24% undecided in Waiāriki and a 12% gap between Māori Party candidate Rawiri Waititi and incumbent Tamati Coffey, 40% undecided in Te Tai Hauāuru with an 18% gap between Māori party co-Leader Deb Ngārewa-Packer and incumbent Adrian Rurawhe, and a Battle Royale unfolding in Tāmaki Makaurau between Labour’s Peeni Henare, Davidson from the Greens and stalwart battler and co-Leader of the Māori Party John Tamihere, the Māori Party might capture one seat. Straight-talking Api Mahuika-like Waititi is their best chance. Elsewhere the margins are wider and a poll on Tāmaki Makaurau is not due until the last Māori TV debate.

Barring a miracle from New Zealand First, they are unlikely to return to Parliament meaning a loss of six Māori MPs. Leader Winston Peters has been superlative in the debates, his finest moment being an admonishment to Jamie-Lee Ross that his proposal to ‘live with Covid-19’ threatens a repeat of the 1918 devastation of Māori communities. If not elected, he will leave parliament as one of our respected elder statespersons. The decline of New Zealand First will also remove the irascible but talented Shane Jones whose Regional Growth Fund has provided long-overdue stimulation in many Māori communities.

Jamie-Lee Ross, the Leader of Advance New Zealand, faces issues over National Party donations and with a whacky social media alliance based on half-truths off the internet with Walter Mitty type conspiracy king and Leader of the Public Party Billy Te Kahika, he will not return to parliament.

Te Kahika who is polling 1% in Te Tai Tokerau and mistakenly equivocated his 0.2% rating with the 2.0% rating for Peters and Seymour to believe he was the third most preferred prime minister in the 22 September OneNews-Colmar Brunton, will not become Prime Minister or enter parliament. Best outcome, zero.

The New Conservatives – No Māori MPs

What will this Mean for Parliament?

Twenty-five Māori MPs will enter parliament after the election, a drop of four on 2017. There will be fewer on the right in National and Act (down from 9 to 7), and more on the left in Labour, the Greens and possibly the Māori Party (up from 14 to 18).

This will see a strengthened capacity to advance Kaupapa Māori policy in a Labour-led coalition. However, the reduction in Māori MPs on the right, will herald greater bifurcation between the right and left on Kaupapa Māori policies. Consequently, we will see more racism from the right the likes of which we have not seen since Don Brash’s infamous Ōrewa speech in 2004.

At this point, the success of Māori in the next government may very well depend on how Labour’s majority Pākehā caucus and senior cabinet leaders react. Helen Clark’s reversal on Closing the Gaps and the foreshore and seabed in 2004 menaces an echo across the decades.

Alternatively, Labour may accept the challenge to support their Māori colleagues. This is pivotal to Māori successfully navigating the longer-term economic and social impacts of Covid-19 and a decades-legacy of marginalisation in health, education, justice, social wellbeing, and the economy.

If Labour returns to mainstream one-size fits all policy without targeted specifics for Māori led by Māori, then Māori will find themselves in a terminal post-Covid-19 world at the bottom quarter of New Zealand society for another generation more detrimental than the darkest days of Rogernomics and Ruthanasia. The task for the Māori caucus will be to defend and advance the line of by Māori for Māori over incrementalism. This will require allies and alliances. 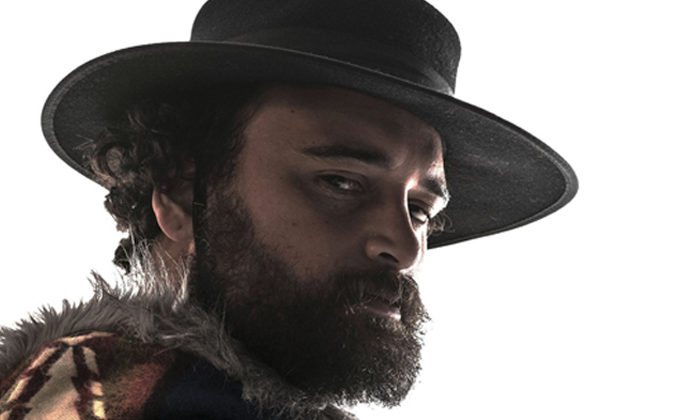