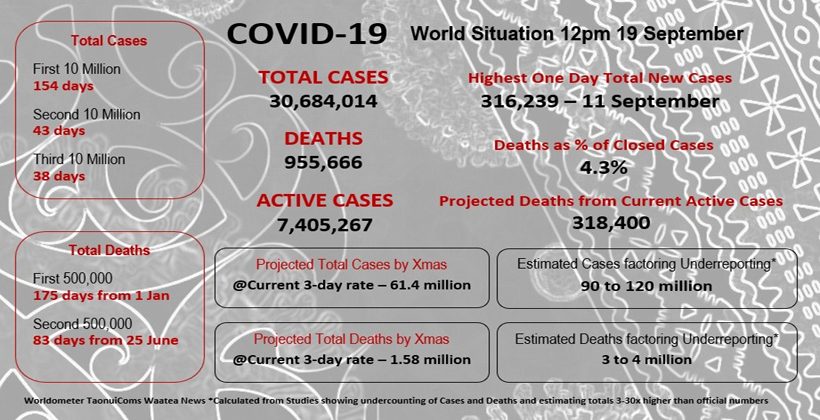 Two days ago, the official number of Covid-19 cases worldwide passed 30 million. The last 10 million came in 38 days over four times faster than the 154 days for the first 10 million. Yesterday, there were 308,206 new cases, the fifth time in the last 14 days where reported cases have topped 300,000.

Deaths are just under 1 million, the second half-million coming more than twice as fast as the first.

The adjustment occurs because officially reported numbers fall behind actual numbers as the contagion overwhelms health systems, poorer countries lack the resources to maintain data, and because the scale of the event can outstrip the capacity of countries to test and therefore count cases. This gap widens as the pandemic increases and/or when there are marked accelerations within the outbreak.

Mass serological blood test surveys detecting antibodies indicate how many people within a population have had a disease and since recovered. While producing around 10% problematic false-negatives, serology tests are the main signpost of the real extent of a pandemic. Several studies across the globe indicate there is a widening gap between official and actual numbers, many up to 40 times higher than official totals.

This week, the Minister of Health from South Africa reported as many as 12 million people had probably contracted Covid-19, which equates to more than 20 times the official figure of 650,000 and nearly 20% of the population of 58 million.

Excess deaths, those above the average deaths in previous years, are the main index of uncounted deaths during a pandemic. This week, officials in Mexico City reported 20,535 excess deaths over previous year averages, nearly double the official death toll of 11,318.

At this stage in the pandemic, a reasonable assumption is that the actual numbers are 3 to 4 times higher than the official totals meaning there have been between 90 and 120 million cases and 3 to 4 million deaths.

Projection of Official and Actual Figures

On the current 3-day trends, official figures will reach 61.4 million cases and 1.58 million deaths by the end of the year.

Projecting undercounting on a reasonable 3-to-4 times probability means the actual figures will reach between 180 and 240 million cases and 4.5 to 6.5 million deaths by the end of the year. And, based on the likelihood that the gap between official and real figures will widen further as the pandemic progresses, these numbers could be much higher again. 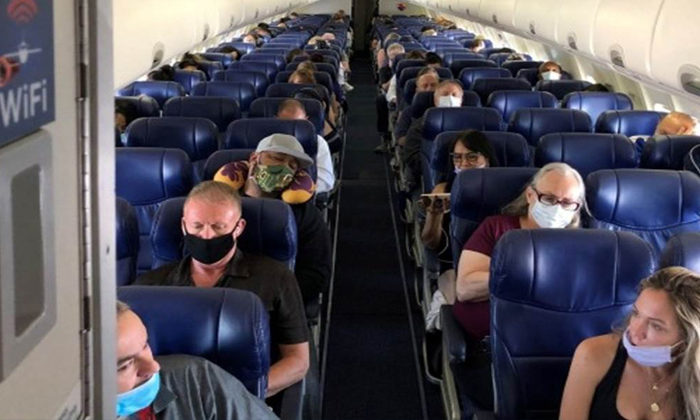 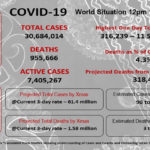