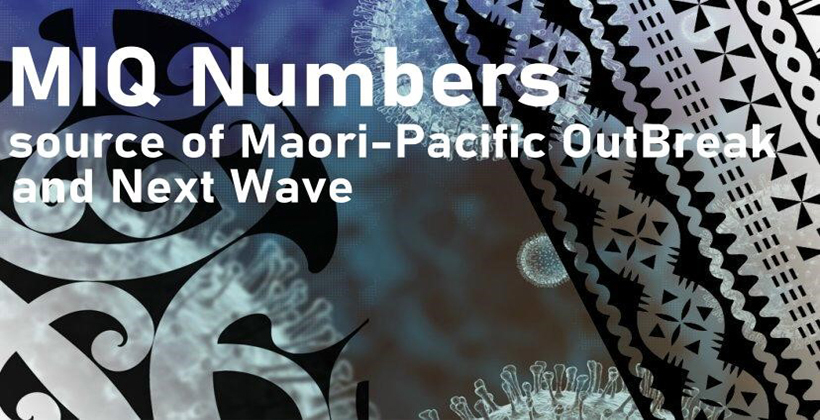 Breaches of our border and Managed Isolation and Quarantine (MIQ) protocols will lead to further outbreaks in the community if we do not cap the number of the arrivals coming across the border.

There is a high probability that a late-July surge in arrivals caused the Māori-Pacific Outbreak detected on 11 August.

Yesterday saw the announcement that a health worker in the quarantine Jet Park hotel had contracted Covid-19. The Ministry of Health claims that this is the first breach of quarantine. While technically that is correct, this is the sixth significant breach of MIQ since June 9.

Debacles in June and July

Between early June and mid-July, there were multiple breaches through our border and MIQ. The most serious included two releases of numbers of people without testing, including two who later tested positive for Covid-19, and one of seven escapes that included another person who also tested positive.

The first breach occurred between 9 and 16 June when 1360 people were released from Auckland MIQ without being tested. Fifty were high-risk cases that had not completed 14 days isolation, of which two were a British duo granted compassionate release after six days of isolation and without third-day testing. They travelled to Wellington where they tested positive on 16 June.

The Ministry of Health was able to isolate the pair and their 320 contacts. However, based on the Ministry’s last public report 3 July, 535 of the original 1360 were either not found, were found and not tested, or were found and refused testing.

The group does not have a link to any subsequent community event, including the current Māori-Pacific Auckland OutBreak, nevertheless, the scale of this botch-up represented a major threat to the community.

The second breach came when 10 people were released from the Commodore Hotel in Christchurch to attend a funeral. Funeral directors, Lamb and Hayward, said after being contacted by health authorities they refused permission for the group to attend the service, but they joined about 150 other mourners at the burial anyway. Lamb and Hayward said when asked, health officials were unable to tell him whether the people had been tested. Again, this was a risk to the community.

A third breach occurred on 7 July when a man escaped Stamford Plaza MIQ and visited a Countdown store. He later tested for Covid-19. No transmission occurred into the community, nevertheless, this breach had the potential to spread the virus further.

On 5 August, the Director-General of Health Dr Ashley Bloomfield said that a second wave in New Zealand was a matter of ‘when not if’. While in a broad sense that is true, the Māori-Pacific OutBreak was less the result of an inevitability and more the outcome of a massive government-sanctioned surge in MIQ arrivals during the last week of July. And although no epidemiological or genomic link has been confirmed, there is a high statistical probability that this led to the Māori-Pacific Auckland OutBreak.

The earliest identified case, a worker at AmeriCold in Mt Wellington, became ill on 31 July. With a mean incubation period of 4.8 to 6.0 days, the AmeriCold worker was likely infected between 25 to 27 July.

AUT University scientist, David Welch advises that the average time between infections is five to six days meaning the immediately prior source case was infected about 19 to 22 July. There is a high probability this was either someone who entered the country without being tested, such as air or maritime crew, and they, or an intermediary source, passed Covid-19 to the Americold worker.

The Fallacy of Late Testing

Much has been made of elevated levels of testing to detect the source of the Māori-Pacific Covid-19 OutBreak in Auckland and that no link has been established to MIQ or the border.

This is misleading. Welch advises that after a three-to-four-week cycle of infection, illness and recovery 99% of patients will test negative. If the source case was someone who entered the country without being tested, it is probable that they have now left the country, or, if they transmitted it to an intermediary who in turn infected the AmeriCold worker, the intermediary would have had up to 25 days to recover and test negative after testing ramped up on 13 August.

Paradoxically, the absence of a link to MIQ or the border reinforces that this is what occurred. Therefore, regardless of how massive the testing effort was from mid-August onwards, it was too late to identify the source case.

The prospect for an across-border transmission has been building for some time with a ‘long slow-wave’ of steadily increasing arrivals and positive cases.

During an exact same 82 day period to 8 September, the rate of arrivals across our borders had increased by 43% to 28,092 arrivals at a rate of 338 per day. The number of positive cases increased by 230% to 109. Today that number is 112. Each is a risk. We do not want to close the border to returning New Zealanders, but we do need to reduce the risk to a manageable level.

The broad figures do not tell the full story, rather, it was a substantial surge in numbers crossing the border that led to the Māori-Pacific OutBreak.

On 28 June, Housing Minister Megan Woods and Air Commodore Darryn Webb released a review of MIQ describing a ‘demoralised’ largely ‘under-trained staff’ working in a system ‘not readily able to respond’ and without the ‘resources required to keep pace with the increased volume of returnees’.

Between 12 and 26 July, the rate of returnees fell from an average of 1660 per week to 1050 per week (see graph below – dataset here) while adding capacity to a total of 32 facilities able to house 7,000 returnees by the end of July.

During July, there was also a substantial decrease in community testing. Between April and the end of June, testing averaged 128,100 per month with a high of 141,700 in May. In July, testing fell by 75,600 to low of 66,000. Testing sometimes averaged just 1,000 a day across the country and at times was as low as 500 or 600 per day. More tragically, there was no random testing in cities with MIQ, including among the vulnerable high demographic Māori-Pacific communities of South Auckland, Hamilton, and Rotorua. On the Worldometer-Covid site, one of the few sites to update live, New Zealand plummeted from the 25th-highest testing country in the world to 45th.

It is now known that around 21 July, the Ministry of Health led by the Director-General of Health Dr Ashley Bloomfield, released an ultimately fatal technical version of the directive saying ‘regular and required testing was not viable’ because ‘ the Ministry felt there were adequate protections in place’ and in an astonishing contradiction to a raft of research added that ‘asymptomatic infection had not been proven’.

Prime Minister Jacinda Ardern has been at pains to say there is no evidence linking the South Auckland cluster to a failure at the border or in MIQ facilities. Actually. No. All numbers point to government failings facilitating the conditions for the outbreak to occur.

Having increased MIQ capacity and believing it was testing border staff thoroughly and had the right community testing strategy in place, the government increased the number of arrivals from 1,050 per week to the equivalent of 4,000 per week from 27 July to 1 August and thereafter 3,500 per week to 14 August.

The timing of the surge correlates with the infection date of the AmeriCold worker on 27 July, the July drop off in community testing, meaning the outbreak was not discovered until 11 August, and the realisation that over the six weeks between 23 June and 3 August 63.5 per cent of the Auckland border workforce had not been tested.

Thus during the key period between the infection of the AmeriCold worker and the discovery of the outbreak, the Ministry of Health had closed off detection of the outbreak because by the time testing was ramped the source case had either left the country or would test negative.

The AmeriCold case is therefore the probable result of a fourth breach of MIQ and the source of the Māori-Pacific Auckland OutBreak. Reinforcing this conclusion, the AmeriCold case quickly followed by a fifth breach in the Rydges case where a maintenance worker was infected on 31 July after entering a lift used just minutes earlier by a woman who had returned from the United States on 28 July and tested positive three days later.

The Significance of the Breach in Quarantine

The calamity that has unfolded in Auckland has been politely described as the ‘Auckland Cluster’. More accurately it is a Māori-Pacific Auckland Outbreak because government mismanagement of the border and MIQ is responsible for the 80 per cent of the cases from our communities.

Measures have been put in place that will assist in detecting further outbreaks. Acting Minister of Health Chris Hipkins initiated an increase in required border and MIQ testing on 6 September.

Last week, I wrote that a third wave would arrive by October or November because, despite the new policies, there has been another surge to 2,500 then 2,800 arrivals per week. Yesterday 500 more arrived; if that continues, the rate of entry will be 3,500 per week.

Yesterday’s Jet Park quarantine case, the sixth significant breach, is confirmation of the risk those numbers present. We must cap numbers coming across the border. Clearly, 1,050 per week in early July kept New Zealanders safe, and anything above 2,500 per week is a risk.

Queensland provides the best comparable example to New Zealand. At five million, the population is the same as New Zealand. Queensland also has a lower rate of 260 Covid-19 cases per million of population than New Zealand at 340 per million. Queensland has a limit of 500 arrivals per week, which they manage through one airport. New Zealand is allowing six times as many people across the border and processes them through three airports. The highest rate of entry into Australia is in Sydney at 2,450 per week.

Kindness to returnees is a virtue but not at the cost of Māori and Pacific communities. 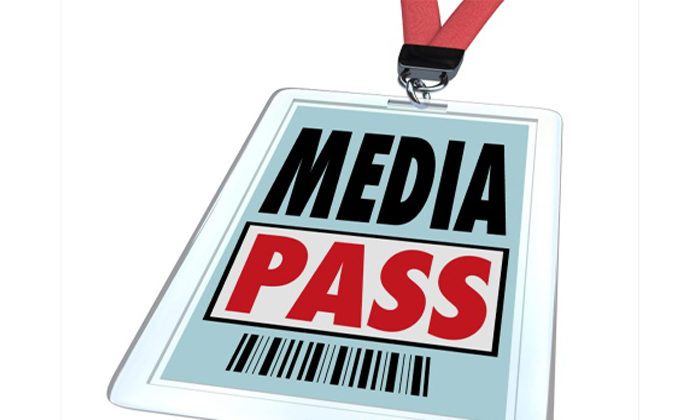 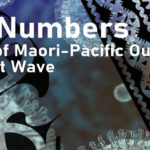