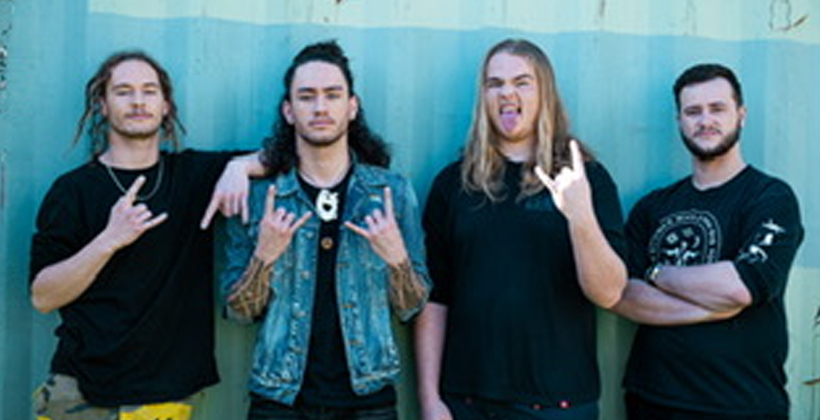 Media Release: New Zealand power trio Alien Weaponry have announced the departure of bass player Ethan Trembath and the arrival of “good mate” Tūranga Porowini Morgan-Edmonds as his replacement in the lineup.

The announcement was made on the band’s social media this morning with a video by all four band members (outgoing and incoming) giving the news to fans and introducing “the new guy.”

“Not everyone is going to like it … and there is no easy way to say it … We love you guys and we REALLY love this guy … and ultimately we have to respect what's best for him … in our metal family FOREVER!!! … a new chapter begins m/m/” they wrote on the Facebook post accompanying the video.

Ethan: “This is a decision that I’ve been considering for quite a long time. I have really struggled with touring and being away from home so much, and I know that it’s only going to get more intense as the band grows, so I’ve decided to focus my energies on getting

work in a recording studio or the production side of things, as that’s what I’ve enjoyed most during my time with Alien Weaponry. It’s been an awesome experience, and I know we’ll always remain good friends. And I really want to thank our fans all over the

world for their amazing support, which has been truly humbling.”

The band has been riding high in the global metal scene, having played the main stages at a number of the biggest metal festivals in Europe and America in 2018 and 2019. “A world tour that took in 21 countries and spanned seven months was pretty punishing” says

singer/guitarist Lewis de Jong. “We played to literally hundreds of thousands of fans, meeting many of them in person and sharing the stage with some of our all time favorite bands like Lamb of God, Gojira and Slayer.”

Lewis continues “Ethan is one of the OG crew and we are really going to miss his massive presence. But we get it, we have to respect his wish to spend more time with family and have a home life. The thing is, he lives just up the road so it’s not really goodbye.

We fully expect to see a lot of Ethan on our visits back home to Waipu, New Zealand.”

Henry: “Tūranga was in my class in school and we had some mean times together playing music. We ran auditions with 10 different bass players and in the end it came back to our home boy from Bream Bay College, We are stoked to have him with us as we gear up for the

next phase in our journey. Ethan has been a beast helping with the audition process and fully getting into choosing his replacement. We love him like a brother and he will always be part of the AW family.”

Tūranga: “I know Henry and Lewis from high school and Ethan is a good mate too. He has been so engaged and supportive during the handover and I feel privileged to be picking things up where he left off. Ethan is one of metal's most energetic and charismatic bass players

and I know he will be a hard act to follow.”

Tūranga states in the video that he grew up in the neighbouring town of Ruakaka and is of Māori descent, with Ngāti Rarua, Ngāti Wai and Ngāti Hine tribal affiliations.

The band are currently working on their second album in which Ethan has played a big part. Newcomer Tūranga will also feature on the album, adding his voice to some of the background vocal parts. The band have been tracking vocals ready for mixing and mastering

by Hammerhead in their studio in Waipu New Zealand.

“It's been a godsend having our own studio now, especially with what has been going on with Covid-19. It’s meant we have been able to focus and get on with things without the need to travel,” says album producer Hammerhead. “And being able to work with Tūranga and

Ethan here at the same time has been pretty special for us all.”

Covid-19 saw the cancellation of this year's European/UK tour for Alien Weaponry but the band will be touring New Zealand later this year.

“NZ, we are coming for you for sure,” says Lewis..”The album is going to be massive and we hope 2021 sees a return to the world stage in whatever form it has to take to make it work. We can't wait to get back out amongst it and rip shit up.”

The band will be holding a live video Q&A with all four of them at 8.30am Sunday 23 August (Auckland, NZ time) to discuss Ethan’s departure and talk face to face with fans.

Check their Facebook or Patreon for details of the live Q&A. 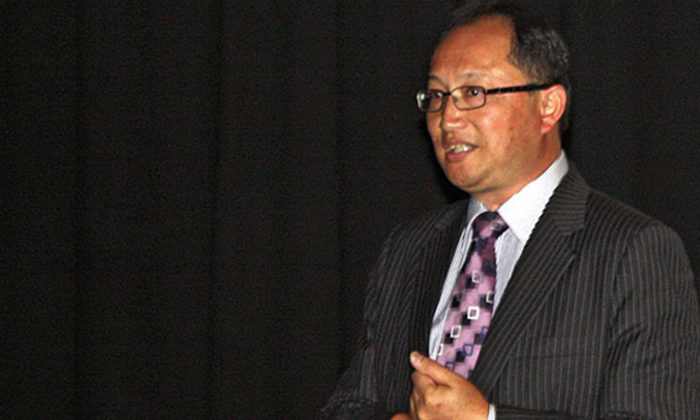 New Zealand must do more than celebrate Maori resilience 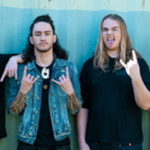