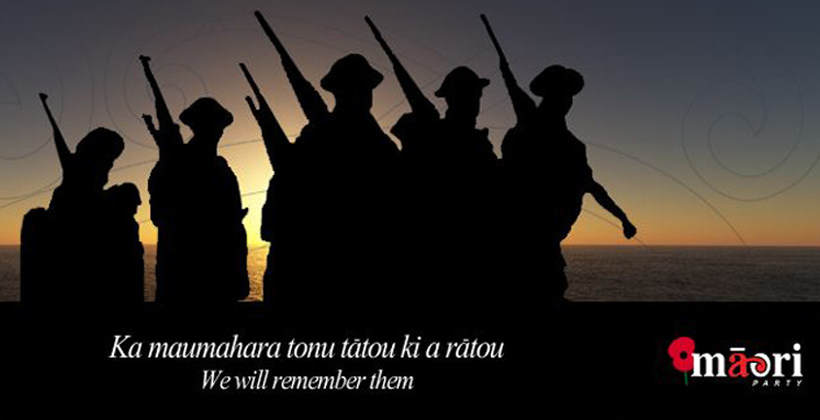 “We will lose some of our most promising young leaders . . . but we will gain the respect of our pakeha brothers and the future of our race as a component and respected part of the New Zealand people will be less precarious”

Sir Apirana reasoned, that the loss of his nephews and other Maori would be the ultimate price to pay for equality of citizenship. His passion and desire for equality is what set him aside as one of the great New Zealand leaders of our time. His insightfulness to commit our people to a war and his rationale for doing so should be a reminder of the place that he hoped that the Maori people, his people, my people, our people should have in our society. Such were the principles that led to the birth of the Maori Battalion in WWII.

Today we face a modern day war. New Zealander’s have had to surrender their rights of civil liberties many of which that we have taken for granted. They have had their rights to a democracy curtailed and they live week to week under a regime of Marshall Law.

Maori leadership has rallied under the umbrella of the Whanau Ora movement .Defending their communities against the New Zealand invasion of Covid-19, just as our people rallied under The Maori War Effort Organisation in WWII.

Covid-19, simply put is an invasion of Paptuanuku our Mother Earth.

We have used the same system and calls to shore up our 2020 defence.

Nearly 7 out of 10 Maori live a precarious existence, reliant on welfare payments or being the working poor. These circumstances pose significant risks. The problem is compounded when we know that our people have a disposition to respiratory illnesses the first signs of this predisposition were noticed soon after Cook landed on our shores in 1769.

The threat of a new virus with unknown attributes and with no cure is a severe threat to our community.

In a normal New Zealand winter, Maori elders over 65 succumbed to various strains of influenza by a margin of 3 to 1.

Maori have a saying;

We must be disciplined. We must be organised. We must stand together. Most of all we must be resourced to defend ourselves over winter against an invader that has made landfall.

We recall 9 weeks ago celebrating Waitangi at Waititi at our west Auckland marae with 40,000 of our Kiwi brothers and sisters.

Maori leaders up and down the country supported the Government’s leadership over the lockdown. We agreed to be united in our war effort against Covid-19, as had our predecessors, and our Whanau Ora organisations throughout New Zealand kept their structure, stood together as one, fronted their people and delivered what they could face to face ,whilst others – many others – moored in the safe harbour of self-isolation.

These Iwi/Maori collectives host some of the most innovative health, welfare and education administrations in the county. They have shifted their total operations to firstly defend against covid and secondly to front foot a very difficult recovery.

Our people willingly broke their bubbles knowing that they were all there was between Covid-19 breaking out in their vulnerable communities and ensured that we kept distribution support lines into large communities of deprivation.

We as a Nation signed up for the lockdown. Why did we all sign up? Was it because we were consumed by the messages of the time? The fear and horrific consequences they could beset us? Was it a display of patriotism or was it because we made a decision to abide based on what we were being told?

At this time on the eve of what we hope will be the cessation of lockdown, we are left with many questions that remain unanswered.

Did we have a national pandemic defence plan?

Did we have the ability to police our borders?

Could we lock them down?

Did we have the PPE equipment to keep our Essential Service Persons safe?

Did we have enough testing or tracing capacity to assert anything other than a lockdown approach?

The lockdown has worked and is a tribute to the discipline of every New Zealander. But for our nationwide discipline, the lockdown would not have worked. Never before in my lifetime have I seen so many give up so much. I think it is patriotism that has delivered us to the place we are today. That’s what makes me proud to be a Maori a New Zealander.

We agree with a measured and sequenced unwinding of the lockdown phase. We cannot afford to squander the gift that the people of this great nation have delivered.

In the finest traditions of our people, we will always remember those that have gone on before us and sacrificed so much in Anzac traditions.

To echo the words of Sir Apirana Ngata, we have stood up and defended our communities in our country in our most dire moments.

180 years on the plight of our Maori people remains the same. This is our time to take control of the destiny of our people because we have proven we can. 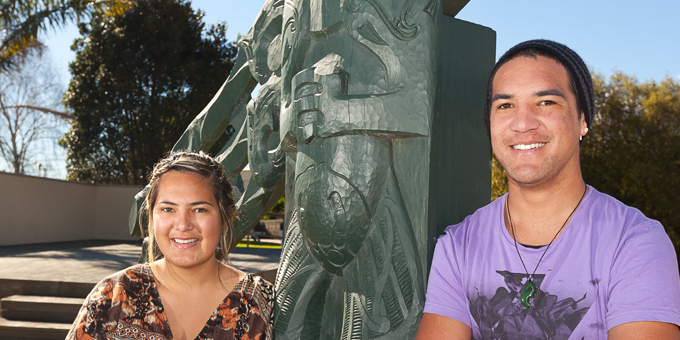 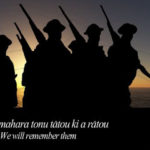