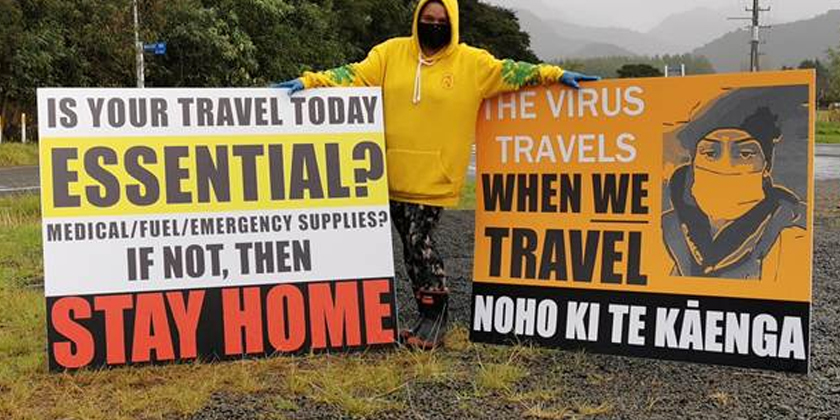 Thank you for your leadership of the COVID-19 response. Our communities acknowledge the work of the Prime Minister Jacinda Ardern, Director-General of Health Dr Ashley Bloomfield, the Ministry of Health and frontline doctors, nurses and other medical staff and all they are doing to save New Zealand lives.

Māori have experienced disproportionate tragedy and suffering from every epidemic and pandemic that has swept Aotearoa from foreign shores. In yesteryears, Pākehā led all previous efforts. The outcomes have not been good for our communities. COVID-19 originated in China. However, as before, it has been spread by tauiwi and threatens the whakapapa of our communities.

Drawing on the strength of a 50-year Māori Renaissance Māori are motivated and mobilised to make their contribution. We have never been in a stronger position to fight a pandemic since the 1800s.

Information is not privilege. Access to COVID-19 data on our communities is a human right. Our communities require more information so that we can plan care for our elders, assist those in need or at risk and prioritise where we focus our efforts. We wish not to be data risk-managed. We are working above duty. Self-sovereign. We are in this together.

Māori have suffered. ‘Te Ūpoko o te rewharewha’ epidemic was knowingly disgorged onto our shores through the maritime cocks of the Endeavour’s voyage of exploration and achievement.

Multiple epidemics followed. Simon Chapple writes that the largest, the great Rewharewha, took 50% of our population in 1808. A further 25 epidemics scythed through hapori Māori between 1817 and 1900. Another 30 between 1900 and 1980.

Geoffrey Rice tells us that Māori died at 9 times the rate for Pākehā during the Spanish Flu. Pākehā went to hospitals with real doctors and nurses, volunteers cared for Māori in separate ‘hospitals’. In many instances, there was no care. A group of 14 was found at Hokianga, 12 had died, some by starvation. They included a woman and four of her children. Her husband and two other children had fallen to typhoid in 1911. Their twin daughters, the only survivors.

And so it continued, Māori died at 6 times the rate of Pākehā in the 1957 Asian Flu pandemic, 8 times the rate for Pākehā in the 1959 Tuberculosis epidemic, 3 times the rate during Swine Flu in 2009. In recent decades, alongside our Pacific brothers and sisters, we watched our youngest topple at higher rates during Meningococcal outbreaks. Regular subjects of academic enquiries that minimised the impact of epidemics on our society, the perished were dehumanised in life and fetishised in death.

Thank you for the dignified daily briefings from Dr Bloomfield, an icon of the fight against Covid-19 second only to Prime Minister. Thank you for the statistics, by age, gender, testing, clusters, and the ethnicity data for Māori and Pacific Peoples.

We need more than that. Māori are concerned that the Ministry of Health deletes the online data from the previous day when it uploads each new daily briefing. The information is not stored online. The Ministry does make a separate daily media release overviewing the daily live briefing. These are stored online and accessible but do not include the data for Māori, Pacific Peoples, age and gender.

I appreciate that after speaking with one of your media advisors on Monday, the subsequent media release included the ethnic percentages. And, Dr Bloomfield referred included the new ones in Tuesday’s live briefing. While welcome, that gesture of itself does not provide the lens of historical information from February 27 we require to effectively message what our communities need to understand.

We recognise the testing to date and the new focus on community testing and vulnerable groups. We understand that there are more test sites in Māori locations and more Māori staff conducting tests. However, the shift to online and phone GP consultation is leading to significant disquiet and a decrease in engagement. Our people report long wait times with Healthline. There is trepidation that mainstream test sites do not always engage well with Māori, that Māori are being disproportionately declined tests and that adequate numbers of Māori are not being tested.

I have requested information from the Ministry and District Health Boards (DHBs). The Ministry has informed that it will respond in May. That timeframe will not assist Māori during Level 4. The Auckland DHB has a policy of not processing requests for information until after the COVID-19 emergency. The Waikato DHB is publishing testing information online. This does not include data for Māori and Pacific Peoples. Of 16 other DHBs, seven have referred me to the Ministry, one referred me to a page with no information, six have not responded.

We understand that you have analysed data on 35,000 tests and that just 13.6% of Māori have been tested. We are 16.5% of the population and historically the most vulnerable and epidemic impacted group in the country. We need the numbers/percentages of Māori being referred, declined and tested by DHB to empower iwi, hapū, whānau, hapori and organisations to make the best decisions for the health of their communities and identify where their energies should flow.

Today, we are stronger than at any other time in our history since the 1800s. We are vigilant in playing our part to defeat the dangerous pandemic that threatens to take our mothers and fathers and brothers and sisters. We have always had the will in tikanga but since contact never the means. By your grace, grant us the tools to protect the whakapapa of our communities and assist our fellow New Zealanders. COVID-19 is the biggest threat since the great Rewharewha and black 1918. Self-sovereign. We are in this together, Māori and Pākehā, Pacific Peoples, hapori atu. 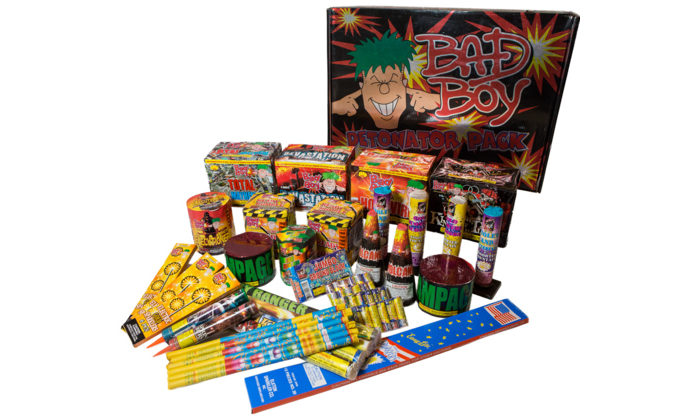 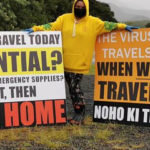