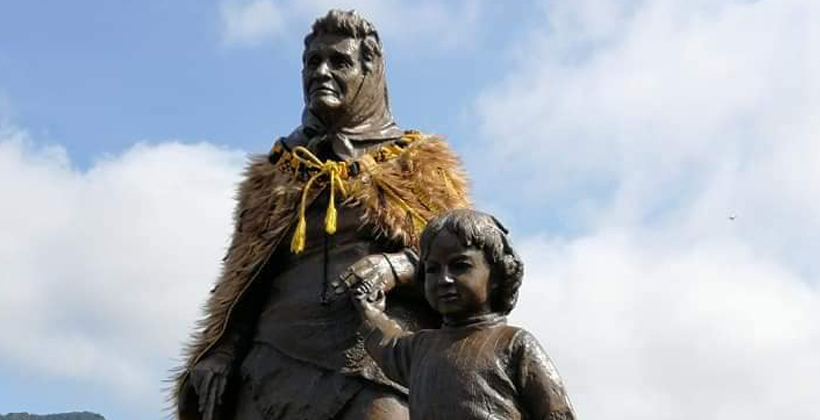 Hundreds of people made their way to the small north Hokianga settlement for the unveiling, including some of those who were on the 1975 march from Te Hāpua to Wellington.

The statue recreates the iconic photo of Dame Whina walking hand in hand with her mokopuna Irenee Cooper, at the start of the Land March on 14 September 1975.

Ms Mahuta says through not only the land march but through her role as the first president of the Māori Women’s Welfare League and her championing of rangatiratanga and self-determination, Te Rarawa kuia changed the way New Zealand understood the aspirations of Māori.

It’s something to be taught at schools around the motu, including the Kura kaupapa in Panguru.

"They certainly can be very proud that even if you come from a small town in New Zealand, you can achieve great things beyond place but she is being recognised today for the simple fact that she is a legacy leader, a woman, a Māori, a mother, a grandmother. New Zealand deserves to know a lot more about her," she says. 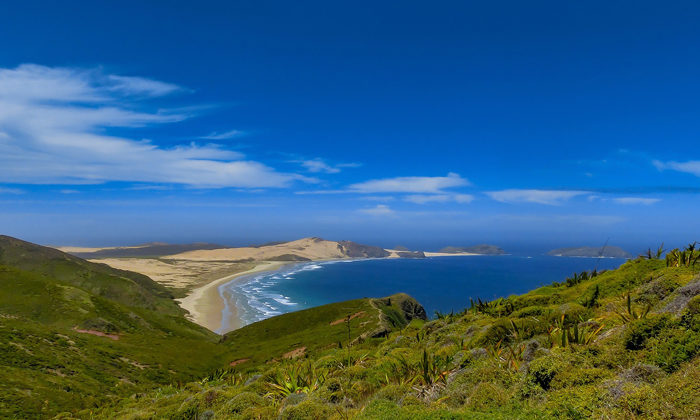 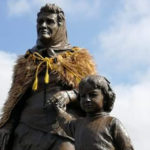