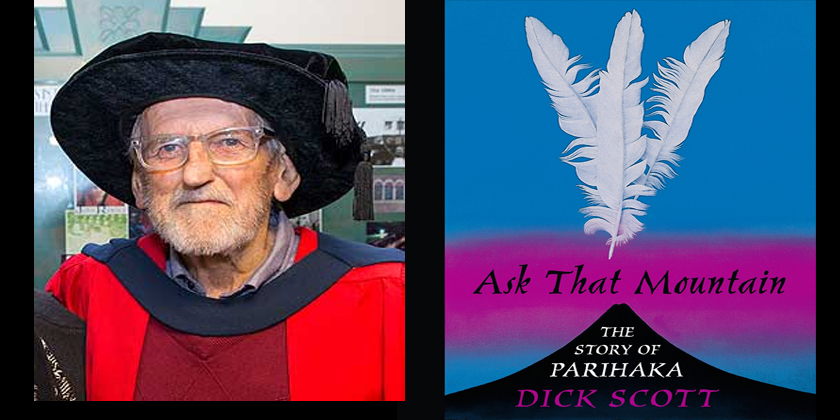 Dick Scott photo from 2016 and cover of Ask that Mountain

Historian Dick Scott has been remembered as a writer who brought the story of Parihaka back to wider public attention and changed the way history is written in Aotearoa.

Representatives of all three Parihaka marae were at the funeral service in Auckland today for Scott, who died on New Year’s Day at the age of 96.

The self-trained historian’s books include an account of the 1951 waterfront lockout, 151 Days, books on the wine and meat industries, regional histories, investigations into New Zealand’s colonial control of Niue and Cook Islands, and The Parihaka Story and its expanded version, Ask That Mountain.

Ruakere Hond says that the book is still important to the people of Parihaka.

He says when The Parihaka Story was published in 1954 it was different from the conventional histories of the time which tried to present a grand national narrative, as it instead focused on hidden corners of the country and people whose lives were overlooked.

“He gave the opportunity to Parihaka to share their memories, their thoughts of those times. That was our grandparents’ generation, and we have those stories now to share with the rest of the country.

“He opened the door to a new way of perceiving our history and that communities such as Parihaka have value to the future of our country and the stories we had that were made invisible by the government are now made known and far more people are able to access that information," he says.

Dr Hond says Scott’s use of waiata in reconstructing history was unusual for the time, and those songs and poems, which form part of the remembrance ceremonies held every month in Parihaka, have also formed a part of the reconciliation process with the crown.

Former wine industry executive Terry Dunleavy told the funeral Dick Scott’s 1964 book Winemakers of New Zealand was an important step in the development of a national consciousness about wine, and back then Scott was one of the few to see the enormous export potential of New Zealand wine.

Scott was also thanked for uncovering the shameful history of New Zealand’s control of Niue in his 1993 book Would a Good Man Die?

Luisapati Posimani Makaola said that someone from outside was prepared to tackle the story about historic injustice meant a lot to her family and all Niueans. 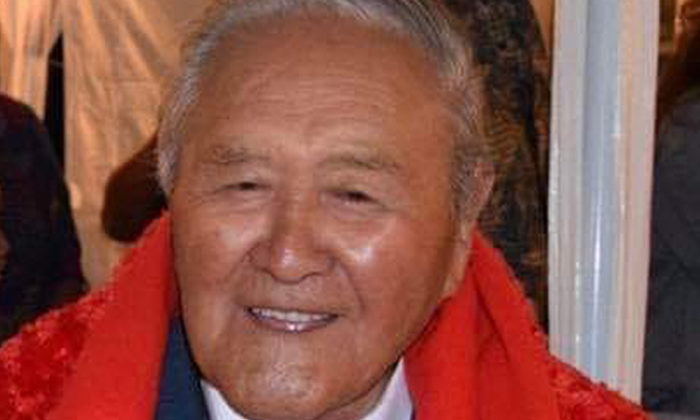 Te Pare Joseph a man of peace and service 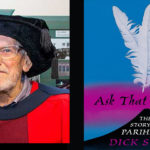