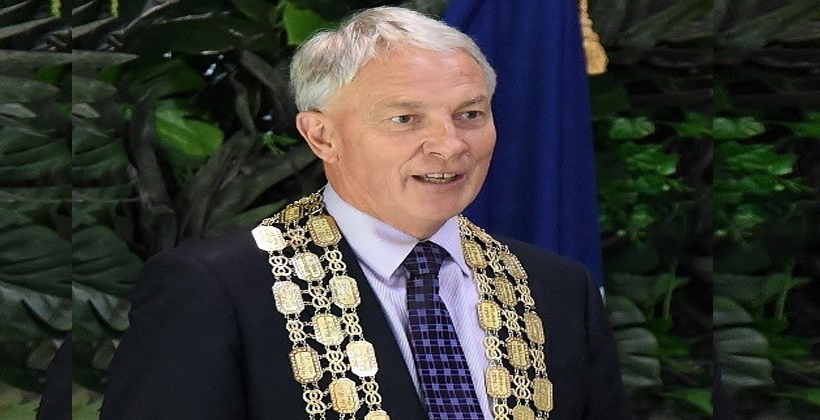 This column examines proposals from Auckland Mayor Phil Goff and mayoral candidate John Tamihere for resolving the impasse at Ihumātao, explores measures other councils have taken in similar situations, and questions why the Auckland Council is not applying its ten-year $1.18 billion open space budget to Ihumātao.

During the TVOne mayoral debate, Goff said the Auckland Council was doing all it could to assist at Ihumātao, including facilitating a meeting between the parties; discussing the matter with Prime Minister Jacinda Ardern who organised a stay on the project; and asking Tainui-Waikato and the Kīngitanga to mediate a resolution.

The Mayor also commented that it was wrong ‘for a Pākehā to step in and ‘say we’re going to solve your problem for you’. Tainui-Waikato have an important role; but this is not a Māori problem. It is a problem the Council, the former National Government and Fletcher Residential created. Tainui-Waikato did not confiscate the land in the 1860s. They were not responsible for the cultural and environmental degradation of the Auckland International Airport development and the sewerage ponds built across the shoreline of Ihumātao. The Kīngitanga did not fast-track the Housing Accords and Special Housing Areas Act (2013) (HASHAA) designating Ōruarangi as a Special Housing Area (SHA62). Tainui-Waikato should not be used to exculpate the Council, clean up their mess and purchase Ōruarangi SHA62 while the Council steps away.

The historical record between 1835 and 1966, which pre-dates the current Treaty settlement era and hence is free of the mana gobbling that sometimes plagues iwi today, show an amalgam of Ngāti Te Ahiwaru and Ngāti Māhuta (Te Ahiwaru) were the principal iwi at Ihumātao. Te Ākitai Waiohua were mana whenua at Pūkaki. Te Kawerau were mana whenua in West Auckland.

Many Te Kawerau moved to Ihumātao after the loss of nearly all their lands during the 1900s. Without a West Auckland marae of their own their settlement was signed at Ihumātao in 2014. This did not cover the Ihumātao confiscation. Meanwhile, the former National Government left Te Ahiwaru out of the same Auckland settlement process. This coincidence has led several Māori and Pākehā politicians, councillors and the Mayor to wrongly assume Te Kawerau are mana whenua at Ihumātao and that the original confiscation had been settled.

In classic colonial divide and rule, there has also been significant manipulation. Auckland Council included Te Ahiwaru in the Auckland Council Independent Māori Statutory Board and the Auckland Plan 2050. However, during the HASHAA process, the Council chose to ignore officials advising significant ‘dialogue’ was required with Te Ahiwaru. For their own convenience, the Council, Fletcher and later the Environment Court allowed Te Kawerau to override Te Ahiwaru to push the proposal forward. The direct result was six cousins of Ngāti Te Ahiwaru – Ngāti Māhuta (Te Ahiwaru) descent forming Save Our Unique Landscape (Soul). Had the Council applied proper due diligence the outcome may have been very different.

The Mayor has stated that the Council is helping Ihumātao by adding the eight hectare Rennie Block to the adjacent Ōtuataua Stonefields. This is at once virtuous, arcane and misleading. The Manukau City Council actually purchased the Rennie Block not the Auckland Council. Previously designated for the Māngere Gateway Centre, the Council is clearly abandoning that project in favour of supporting Fletcher’s proposed ‘Cultural Centre’. Plainly, gifting the Rennie land is a pretence to save money, abandon Ihumātao and shift the ‘Māori problem’ to Tainui-Waikato.

Goff has also said that ‘given the need for public open space in other parts of the city’ the Council ‘cannot afford to buy the land’ at Ihumātao. This is specious. The Council has just re-designated 233 hectares of its land as open space. This is Council land, no acquisition, no cost. Furthermore, the Council’s current 2018 Ten-year Auckland Council Budget includes $1.180 billion for the acquisition and development of open space and local parks. It is duplicitous to claim the Council cannot afford 1.5 per cent of that budget for a 50 percent share alongside the Crown to purchase Ōruarangi (current value $36 million); or 1.0 per cent of the 10-year budget in a three-way deal with culturally illiterate Fletcher. In either scenario, this is comparable or less than the one to two per cent mana whenua usually receive in Treaty settlement compensation.

The Mayor has also claimed that the Council’s hands were tied by the Environment Court. This is not the case. In 2012, at the request of the previous owner, the Court ruled that the land be zoned for urban development. In 2018 it approved the Fletcher proposal. If Fletcher sell, the project is at an end. The new owner can choose not to build and apply for re-zoning. This should be straight forward given the HASHAA legislation lapsed on 12 September. Projects in other cities have already been abandoned.

Mayoral candidate, John Tamihere believes Ihumātao has ‘outstanding archaeological’ and ‘ancestral and indigenous merit’ and is an important ‘central and local government’ and ‘mana whenua and mana New Zealand’ issue.

Tamihere says the land should be returned to mana whenua as a reserve with a joint management regime like those for the Urewera Forest (2014) and the Tūpuna Maunga o Tāmaki Makaurau Authority (2014) and that this could happen without setting any legal or Treaty precedent. This is correct; as above there has not been a Treaty settlement for Ihumātao. For Tamihere what is required is leadership from the Mayor and the Prime Minister to ‘stand up’ and say this is important and we are going to protect this land accordingly.

Other Councils have shown leadership in similar contexts. In 1990, the former Manukau City Council returned the titles for an urupā and Te Pūkaki Tapu o Poutūkeka (Pūkaki Lagoon Crater) to the Pūkaki Māori Marae Committee in recognition of the Manukau Report (1985). In 2001, they purchased 100 hectares of the land for $4.7 million to establish the Ōtuataua Stonefields Historic Reserve. And, in a scenario with direct relevance to Ihumātao, in 2007 the Manukau Council bought 25 hectares of private land creating the Pūkaki Crater Reserve to be jointly managed with Te Ākitai Waiohua. The efforts of the Manukau Council demonstrate how the Auckland Council should address Ihumātao.

Other examples include, in late August this year, the Waikato District Council recommending the return of two portions of land to iwi in Raglan and Whatawhata; and on September 10, The Tauranga City Council voting to return land to local Māori wrongly sold by the Anglican Church.

Ironically for Ihumātao, in 2009 the former Waitakere Council paid $1 million for 2.6 hectares of private land at Bethells Rd in West Auckland for a Te Kawerau marae. In June this year, a month before the stand-off at Ihumātao, the Auckland Council approved the final transfer to Te Kawerau. While this is a significant effort to restore their mana, the Council is washing its hands of a similar duty to restore Te Ahiwaru.

Pākehā Auckland benefitted immensely from Ihumātao’s agricultural production before the confiscation and afterwards through billions of dollars in real estate and industry on confiscated land. The Council has an obligation to assist under its Māori Responsiveness Framework, which articulates goals to ‘build strong Māori communities’, ‘strengthen and enable Māori communities to thrive’, ‘enhance Māori wellbeing, resilience, cultural identity, heritage and success’ and ‘protect and restore environmental taonga’.

One notices that Mayor Goff talks about ‘facilitating and helping’ but does not talk about the suffering the ineptitude of Auckland and the Crown inflicted upon Ihumātao. Perhaps this is because he assumes there has been a Treaty settlement for Ihumātao and is concerned a purchase will cause a Treaty settlement furore. Again, there has not been a settlement for Ihumātao. Alternately, Mayor Goff is overly conscious of a white backlash in this year’s mayoralty election. If so, it is time for a change. 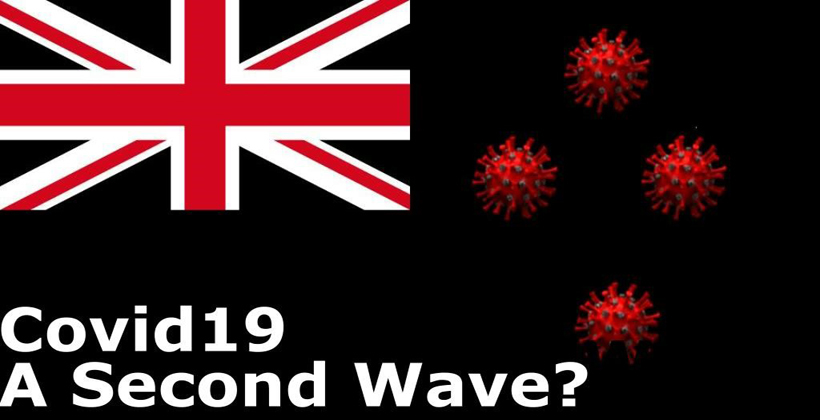 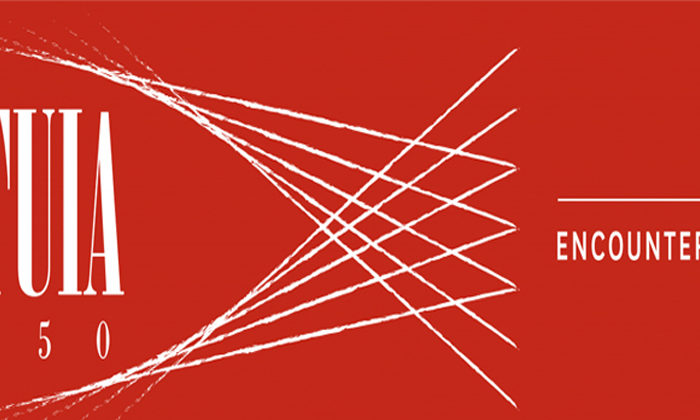 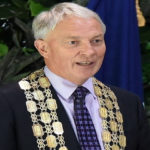