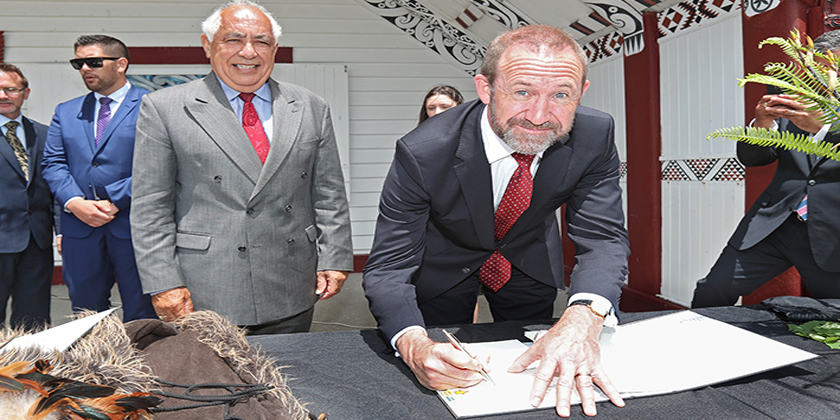 Te Mana o Ngāti Rangitihi Trust (Te Mana) has today signed an Agreement in Principle (AIP) with the Crown at Rangitihi Marae in Matatā, which it says is a significant step towards achieving a comprehensive Treaty settlement for the iwi.

“It has been eight years since our settlement journey began, and we have worked hard as a collective to get to this point,” says Mr Comer.

“We are excited to have come together today to sign this Agreement in Principle, which we believe represents a positive way forward to settle our Treaty of Waitangi grievances with the Crown.”

The AIP includes a commitment to include in the Deed of Settlement an agreed account of the historical relationship between the Crown and Ngāti Rangitihi, acknowledgement of the Crown’s Treaty of Waitangi breaches, a formal apology from the Crown, and proposed cultural redress in the form of land being returned to Ngāti Rangitihi and place names being changed.

The next step will be for Te Mana to negotiate the details of the settlement with the Crown.

“We hope to reach a draft Deed of Settlement in the coming year, and we will be working with all our whānau to ensure they give their feedback before ratification.”

Over the past year, Te Mana has held hui-a-iwi to keep whānau updated and ensure their views are considered in the settlement negotiations.

“Our focus is to unite as an iwi and create the best future we can for our hapū and whānau,” says Mr Comer.

“We want to keep strengthening the connection we have with our people – not only at home in Matatā, but throughout the country and overseas.”

Trustees are calling on all Ngāti Rangitihi descendants to ensure they registered with Te Mana now, so they can play a part in the settlement journey.

“If you whakapapa to Ngāti Rangitihi, this settlement is for you, your tamariki and mokopuna, and all the generations to come.”

Te Mana was established in 2008 as a Post-Settlement Governance Entity (PSGE) for the Central North Island Iwi Collective Forestry settlement. In 2011, Te Mana began engaging with the Crown, seeking a mandate to negotiate a comprehensive settlement for all Ngāti Rangitihi historical Treaty of Waitangi claims. Te Mana has 4,848 registered members (including those under 18 years of age). 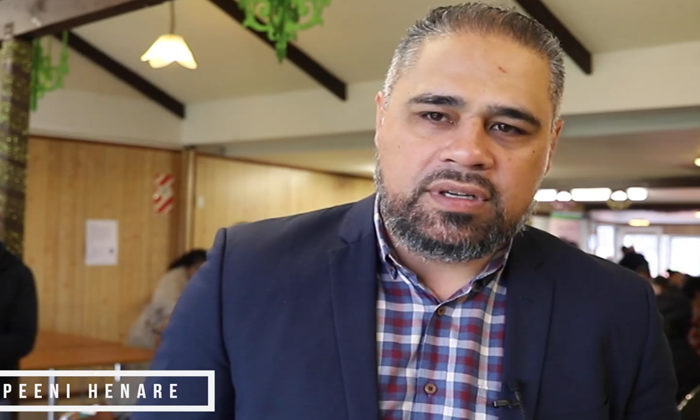 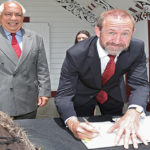