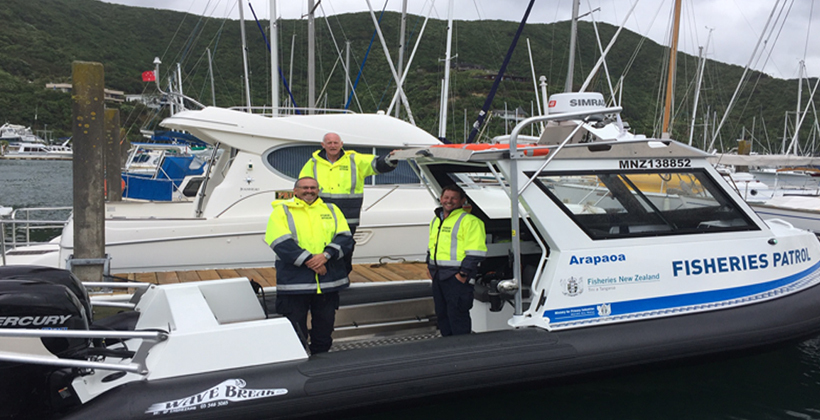 They’re all features of a top-of -the -range new fisheries patrol vessel that’s been welcomed into the fold by the Ministry for Primary Industries’ Marlborough-based fishery officers.

The 6.8 metre long custom built vessel is powered by new twin hp Mercury SeaPro outboards and was manufactured in Nelson by GP engineering.

“It’s fair to say the old one had had its day. It got a bit of a trashing over the years. This is a large area to cover by anyone’s standards. We patrol right throughout the Marlborough Sounds and the north east coast of the South Island,” he says.

“Having a top class patrol vessel like this is great. She’s faster than the old one, capable of speeds of over 40 knots (80kmph) and is built to handle the rough seas of the area. Basically, any weather conditions that fishers are out in will be conditions that we’ll be able to handle as well. The suspension seats will help reduce the impact of the sea.

“Inflatable pontoons will allow us to gently come alongside the multi-million dollar luxury super yacht and the standard dingy.

“Most importantly, this new patrol craft will give fishery officers a greater reach in the Sounds. We will be now be able to get to Stephen’s Island, French Pass and all the outer Sounds from Picton. She’s arrived just in time for our busiest season.”

The vessel has been named Arapaoa – the original name for Arapawa Island which separates Charlotte Sound and Tory Channel.

She was blessed by local kaumatua Archdeacon Harvey Ruru and Te Atiawa kaumatua Joe Puketapu in a ceremony at Waipawa Marina this morning. 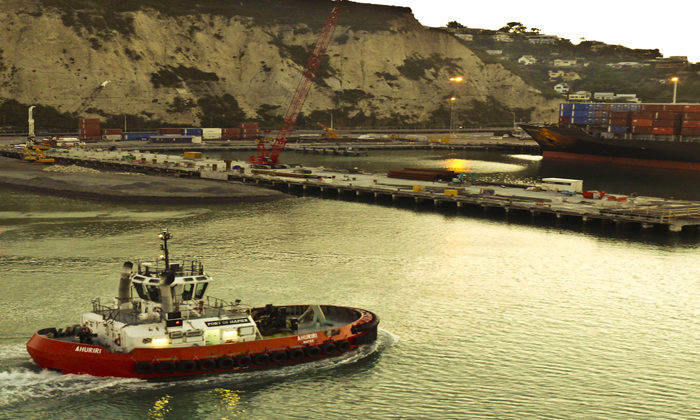 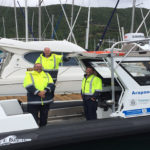