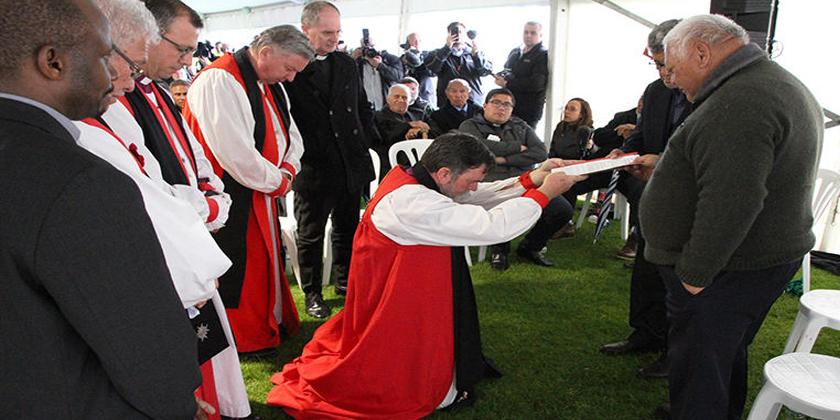 A Tauranga kaumatua says the iwi is looking forward to a new relationship with the Anglican Church after an apology for a major historical injustice.

On Saturday four bishops led by Archbishop Philip Richardson delivered the apology for the way the Church Missionary Society gave the colonial government the 526 hectare Te Papa Block in 1867, after an 1838 purchase under which it was supposed to be held in trust for Māori.

Otamataha Trust chair Puhirake Ihaka from Ngāti Tapu says diary entries from the Archdeacon of the time indicate the pressure he was on from the military and the government to hand over what became modern Tauranga.

"The colonial government already had settlers coming to Tauranga, even whilst the wars were going on. They also wanted the land for the military people so they could settle. I guess they made them promises to give them a piece of land if they fought," he says.

Ngāti Tapu and Ngai Tamarāwaho are now waiting see if the church follows up the apology with helping it get back some of the land in the block, whether that be from the church, the council or the crown. 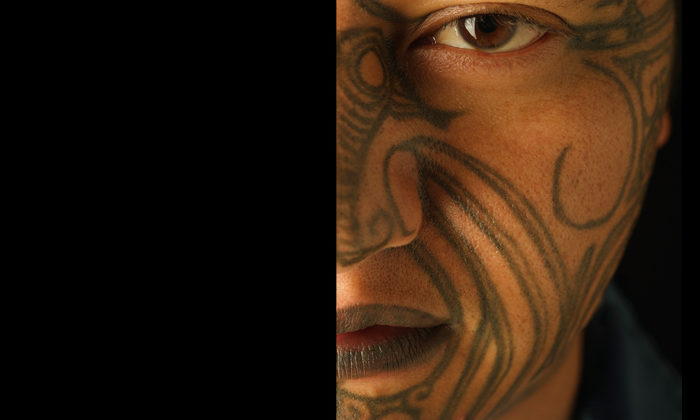 He Ara Oranga overwhelmed by mainstream 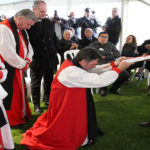