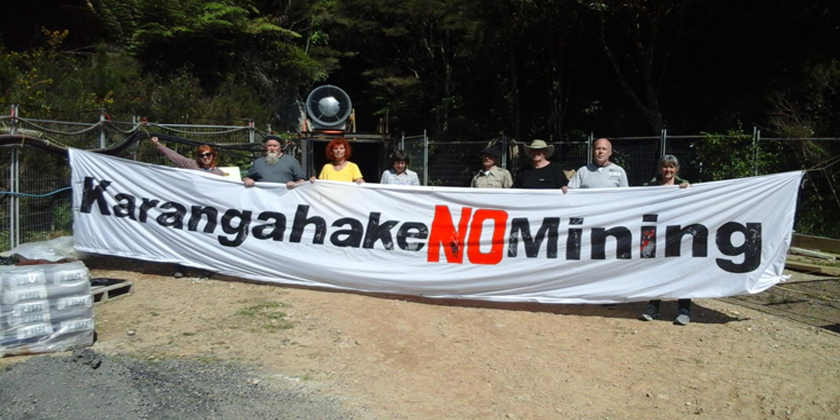 The protest was timed to disrupt a site visit from delegates to the Australasian Institute of Metallurgy and Mining NZ Branch conference, which is being held in Tauranga.

Police issued the five with pre-charge warnings and released them.

"Unfortunately they haven't done it yet so we have and open letter we are encouraging people to sign calling on them to remember that pledge they made and to honour that commitment now before these people dig any deeper into our mountain," she says.

New Talisman Gold Mines estimates there is more than 8500kg of high-quality gold in the gorge. 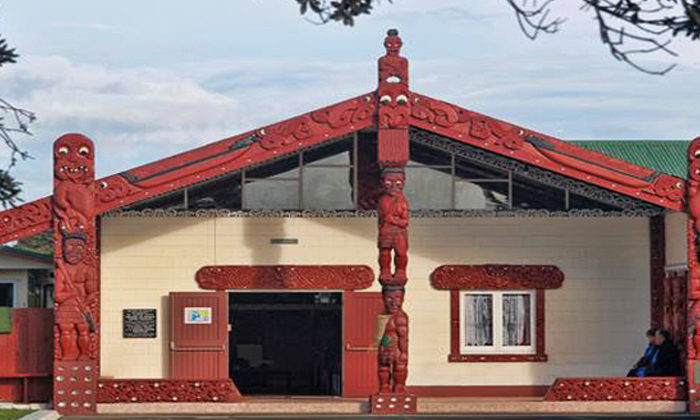 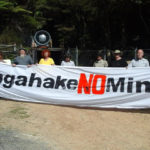