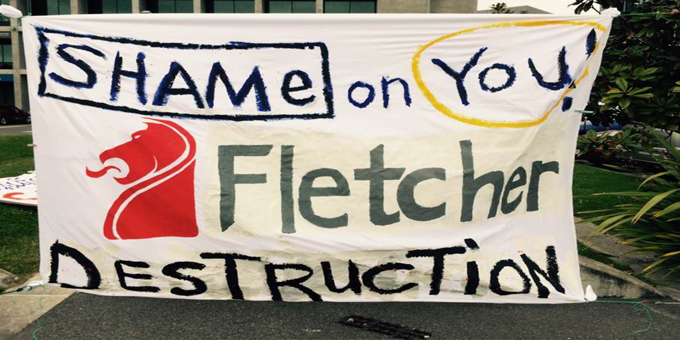 ©SOUL Save Our Unique Landscape

Shareholders attending the AGM had to pass about 50 people opposing the development of the culturally significant area near Auckland Airport and a similar number of Fletcher workers protesting their low pay.

Some protesters had bought shares so they could ask questions.

Ihumatao resident Nicki Alder objected to the characterisation of the planned development as a new community, given the impact it would have on the existing village.

Another supporter of the Save Our Unique Landscape group, Nola Smith, said the company should reconsider the development because of the certainty of further protests and legal challenges.

Chairman Ralph Norris said the land had been in private ownership for 150 years before Fletcher bought it, and the company is working through all the heritage and resource consents needed, as well as consulting with authorised representatives of Te Akitai and Te Kawerau a Maki.

But when SOUL member Pania Newton challenged him on the United Nations' criticism of the consultation and called the company crooked, Mr Norris ordered her microphone cut off. 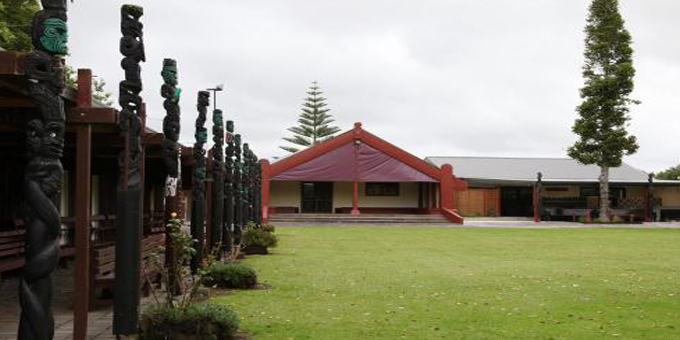 Marae sound base for business challenge 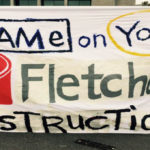