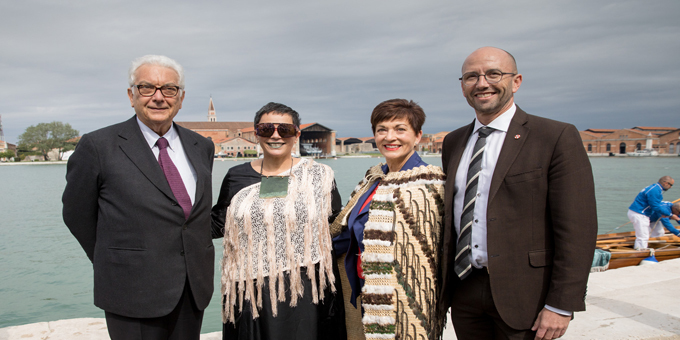 Ngapuhi artist Lisa Reihana and Governor General Dame Patsy Reddy have been carried by Venice's largest gondola, Disdotona, to the opening of Reihana's exhibition Emissaries, which is New Zealand's contribution to the 57th Venice Bienalle.

The special cultural exchange complements references in the Nookta, Maori, Hawai’ian, Tahitian and English vessels that appear in the work in Pursuit of Venus [infected], a cinematic reimagining of a 200 year old French scenic wallpaper based on Captain Cook’s voyages.

The artist recasts the original European view of the Pacific to suggest a more complex story drawing on characters from across New Zealand, the Pacific and Europe.

The 23 metre long by 3 metre high work is projected within the Tese dell’Isolotto, one of the oldest and largest maritime buildings in the Arsenale, the biennale’s central exhibition area.

There are also a life sized sculpture of an elaborately costumed Tahitian Chief Mourner and English naturalist Joseph Banks.

After Venice, a new version of in Pursuit of Venus [infected], will be shown in Campbelltown Art Centre in Sydney, and at the Royal Academy of Arts in London. 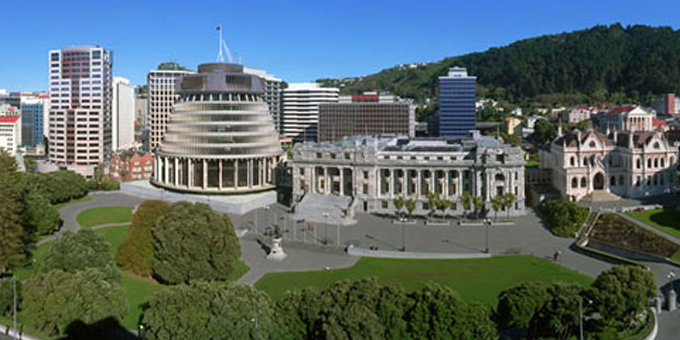 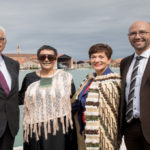