Ngati Toa emerged the winners at the second national Maori basketball tournament held in Rotorua over the weekend, trouncing a young Waikato-Tainui team 99-64 in the final.

Ninety teams signed up for the tournament, but organisers courted controversy by refusing to accept the entry of a local Rotorua under-17 girls team because coach Andrew McKay was not Maori.

Mr McKay says the clause requiring all coaching and management personnel to provide whakapapa to an iwi was added to the online entry form after he applied.

Race Relations Commissioner Dame Susan Devoy said it was the kids who were missing out because of the row.

She defended the right of sports codes to strengthen networks within ethnic communities, but pointed out the Nga Hau E Wha Maori Squash tournament welcomes players from all ethnic background 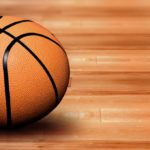