How did it end up like this?
WILLIE JACKSON

I couldn’t believe what I was hearing when Mana candidate Kereama Pene said on Maori Television that he wanted Labour’s Peeni Henare to beat the Maori Party candidate Rangi McLean for the Tamaki Makaurau seat.

But then I shouldn’t have been surprised because the Maori Party are currently doing all they can in Te Tai Tokerau to get rid of Mana Leader Hone Harawira so that Labour’s Kelvin Davis can win that seat.

Amazing don’t you think? I mean here we have Mana and Maori Party candidates actively working to try and get Labour candidates seats. And Labour repays them all by declaring that they won’t work with Mana in government and this week their leader David Cunliffe announces he won’t work with the Maori Party.

I mean how stupid are our people?

The Maori Party came about after the Labour party’s betrayal over the Foreshore and Seabed just 10 years ago. They had no choice but to go with the National Party when the opportunity arose for them in 2008. Labour were not an option, they did not have enough votes. Nearly all the key Maori leadership groups supported that move including my own Urban Maori boards and the now Mana leader Hone Harawira.

So all this waffle from Labour and Mana about the Maori Party being sell-outs, is just rubbish. Even David Cunliffe’s chief advisor Matt McCarten knew the Maori party had no option when National offered the Maori Party a position in government.

And now we have Mana and the Maori party actively advocating for the party that previously betrayed them and still doesn't want a bar of them!

Now I do understand some of the logic of them wanting to kill each other. The underlying one being if one party is taken out altogether then the one left standing can be the party that lays claim to being the voice for Maori. But of course sometimes the best laid plans don’t go according to plan and if it all goes wrong, both Mana and the Maori Party could miss out altogether.

However I think that will be unlikely, Hone Harawira should win the North, Te Ururoa Flavell the Waiariki. And Rangi McClean here in Tamaki Makaurau and Chris McKenzie in Tariana Turia’s old seat Te Tai Hauauru, both have real chances of winning for the Maori Party.

Hone Harawira will probably take Annette Sykes into parliament with him plus Laila Harre and John Minto. So working class people and Maori will be well represented. If in the end it pans out this way I really do hope that Mana and the Maori party join forces because if they don't I think our people might just get sick of them both and sadly all return to Labour.

Ngaire - When The Feeling Is Gone 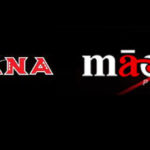