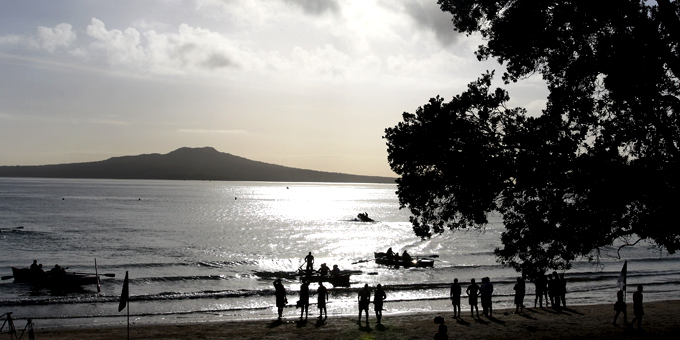 A bill that will give mana whenua iwi collective ownership of Auckland’s volcanic cones had its second reading in parliament this morning.

The bill writes into law the settlement signed at Pukawa in September 2012 by a collective involving iwi and hapu with Ngati Whatua, Marutuahu and Waiohua connections.

Maori Affairs Minister Pita Sharples says the transfer of ownership of 14 tupuna maunga to Nga Mana Whenua o Tamaki Makaurau is a legislative landmark, because it gives each iwi and hapu the opportunity to record their respective spiritual, ancestral and cultural association with each maunga on its land title.

A co-governance body will oversee the administration and management of 12 of the maunga.

Dr Sharples says a crucial part of the law is the restoration of the original names of Tamaki Makaurau, because it restores Maori heritage and identity to the landscape.

In September 2012, the mana whenua of Tāmaki Makaurau gathered at  Pūkawa Maunga to sign a collective deed to settle their Treaty of Waitangi grievances with the Crown.  I was honoured to take part in what was a milestone achievement for New Zealand’s largest city.

The legacy created that day by the mana whenua of Tāmaki Makaurau is one that will be shared by all of us that call Auckland our home.

The legacy created that day by the mana whenua of Tāmaki Makaurau will live on in other regions as a collective example to others yet tosettle their Treaty grievances.

Mr Speaker, a crucial part of the legacy we are creating with this legislation is the restoration of the original names of Tāmaki Makaurau.

What’s disappointing is that many New Zealanders remain bitterly opposed to the celebration of Māori place names.

But the reality is that Tāmaki Makaurau, the largest Polynesian city on the Planet, has few modern Māori landmarks.

The ancestral Māori landmarks of Tāmaki Makaurau carry an incredible heritage.  But too often these places have been renamed, their Māori identity replaced.

Mr Speaker, the time has come to tell the children of Auckland the incredible history of our city.

The time has come for the children of Auckland to know the identity of these lands they call Home.

The children of Tāmaki Makaurau should grow up knowing how the footprints of the mana whenua can be found not just in waiata or whakataukī.

They need to know that the physical footsteps of the the mana whenua can be found on Motutapu Island in the Waitematā.

More than half a millennium ago, Māori were living around the Waitematā when a massive eruption saw a giant underground volcano surge up out of the harbour, rushing skywards to form the iconic Rangitoto – Te Rangi i Totongia a Tamatekapua Island.

The footprints of those first residents of Tāmaki Makaurau have been discovered between layers of volcanic ash on nearby Motutapu Island.

Their hunting tools and fishhooks have been found buried beneath the ash of Rangitoto.

Tāmaki Makaurau holds an iconic and amazing heritage that all of us should know: restoring the Māori names of these sites of significance is a practical way we can help to make that happen.

Mr Speaker, the descendants of those first Aucklanders are with us today.

They have acted with honour and generosity in settling with the Crown.

They have demonstrated incredible leadership and rangatiratanga in resolving a wide range of mandate, interest, governance and allocation issues.

The collective approach they have chosen is already being replicated in other parts of Aotearoa.

I would like to acknowledge Marutūāhu whose mahi has been instrumental to the collective approach in Tāmaki.  In its 2007 report the Waitangi Tribunal acknowledged Marutūāhu’s perseverance.

Finally, I wish to acknowledge the members of the Waiohua rōpū. Your commitment to finalising the redress in this deed has been key. Your willingness to receive the redress collectively with other iwi and hapū of Tāmaki Makaurau, has been vital.

I also acknowledge connections to Tainui through Waiohua and Marutūāhu and the blessing of the King and the Kauhanganui.

Mr Speaker, the transfer of ownership of 14 tūpuna maunga to Ngā Mana Whenua o Tāmaki Makaurau is a legislative landmark in the history of Aotearoa.

Each iwi and hapū will have the opportunity to record their respective spiritual, ancestral and cultural association with each maunga on its land title.

Twelve of the tūpuna maunga will be managed by a co-governance body which will govern and oversee their administration and management.

The mana whenua and their incredible history in this region will be formally recognised by the Council, the Crown and all the people of Auckland.

The footprints of those tupuna are set in volcanic stone on Motutapu Island. 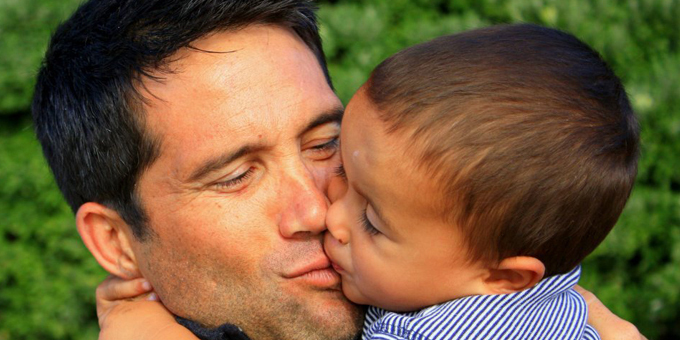 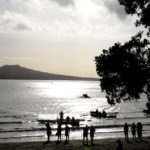