"Get on the bus" says Tau

Ngapuhi Runanga chair Sonny Tau says it’s time for disaffected individuals and hapu to get on the treaty settlement bus.

Every registered member of the tribe will get a chance to vote on a new line-up for Tuhoronuku, which will be formally split from the Ngapuhi Runanga before talks begin.

Mr Tau says the Crown has been more than fair and the runanga has bent over backwards to meet the concerns of its critics.

" I think that they have been given every opportunity to become involved, as a matter of fact people who are in there namely Nora Rameka and Pita Tipene moved the resoutlion that the runanga become involved in the treaty claims in 2008. Now that the mandate has come through Ngati Rehia who is represented by Nora has said that in their view they have got what they wanted, the changes they wanted to the deed of mandate and now they're in support " he says

FOR THE FULL INTERVIEW WITH SONNY TAU CLICK ON THE LINK
http://www.waateanews.com/play_podcast?podlink=MTU0MjA= 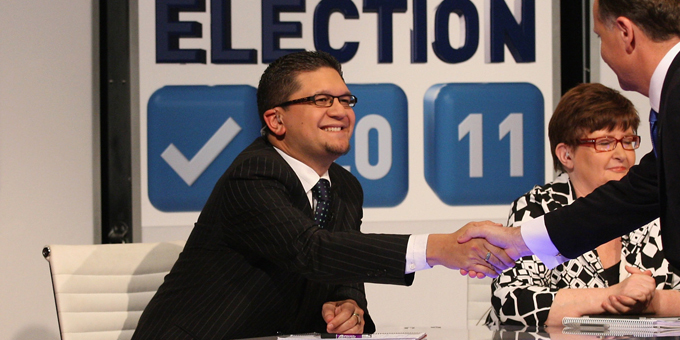 "Get on the bus" says Tau