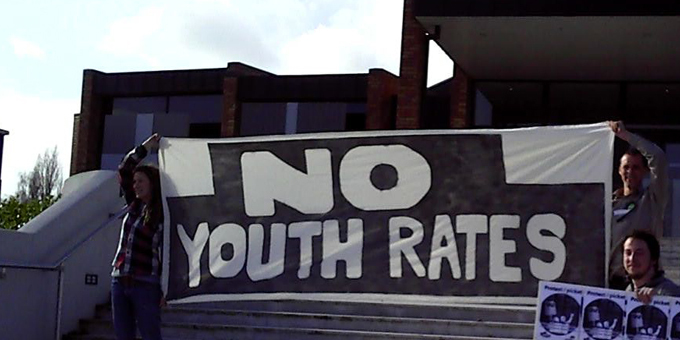 About 40 Auckland Action Against Poverty members picketed a Royal Oak supermarket this morning to protest the first day of the new youth rates.

Pak N Save is one of the few retailers so far to come out and say it will pay teenage staff $11 an hour.

AAAP spokesperson Sarah Thompson says security staff stopped protesters from hanging a giant 'Pak N Slave' banner from the building, and then moved them away when they attempted to stand with it in front of supermarket signage.

She says there is no evidence for claims the youth wage will give Māori and Pacific Island youth a start in the workforce.

In fact it could make those households worse off if older workers on the minimum wage are displaced for their cheaper children.

Ms Thompson says Pak N Save is an enormous money spinner for its owners and can afford to pay its staff a living wage, which campaigners say it should be $18.40 an hour. 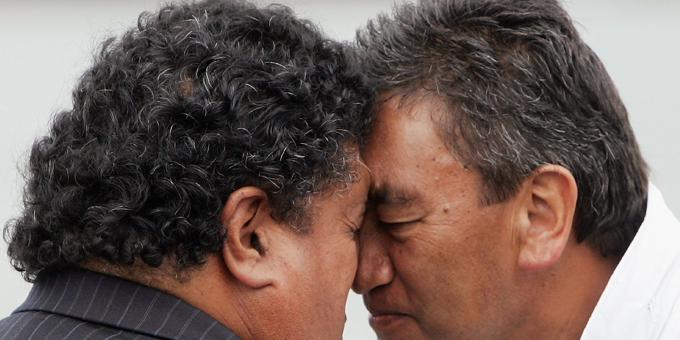 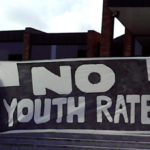